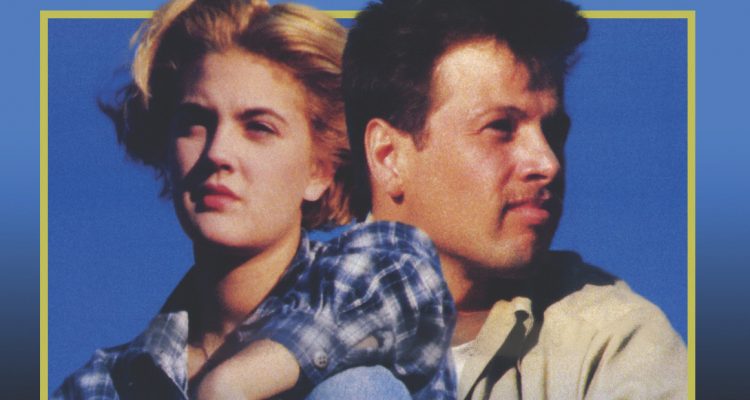 A distinctly melancholy and unusually directed film from filmmaker Tamra Davis, Guncrazy feels very much like an early ’90s film with its style and sensibilities.

An abused young woman becomes pen pals with a felon, and when he’s released, he goes to her and becomes the catalyst for a crime spree with her.

All but orphaned since childhood, Anita (Drew Barrymore) has been in the care of a cretin in a trailer on the edge of dumpy California desert town, where every guy in the area regards Anita as an easy lay. The truth is that she’s been raped since childhood, and her self-esteem and self worth hover close to oblivion. For a school project, she’s asked to make pen pals with someone, and she chooses a felon who put out an ad in the classifieds, and her new pen pal – a Christian convert named Howard (James LeGros) – is only too happy and eager to carry the correspondence on into intimacy. When he’s released for good behavior, he heads straight to Anita, whose first impulse is to offer him her body, but he recoils due to being a virgin and a man of newfound scruples. But he sees in her an innocent, meant for him to protect, and they develop a fragile love towards each other, despite how broken both of them have been with the cards life has dealt them. He gets a job at a grungy mechanic shop, run by a nutty snake handling fire and brimstone preacher (played by Billy Drago, of course), and he has to tread carefully with his parole officer (Michael Ironside) when the guy catches him and Anita hanging out with his daughter (Ione Skye). When Howard discovers that Anita is a killer (she killed her rapist guardian in cold blood), their next step lands them in an unfortunate situation where they’re forced to kill again, and instead of turning themselves in, they go on the lam together, robbing, stealing, and murdering in broad daylight. These two lovebirds have broken wings, but they’re guncrazy and unpredictable, and so how their fate plays out will be anybody’s guess.

A distinctly melancholy and unusually directed film from filmmaker Tamra Davis, Guncrazy feels very much like an early ’90s film with its style and sensibilities, and while that’s a benefit, the movie also veers towards unbelievably with some false notes it hits throughout its running time. Its first big misstep is its handling of Christians in the story; the two notable Christian characters (played by LeGros and Drago) are both completely crazy, and it’s worth stating that if they were true Christians they wouldn’t behave or even speak the way they do. Also, as soon as Barrymore crosses the line into murder, it’s difficult to see her in a sympathetic way. The story moves with our without your consent, and you either have to be on board with the characters and their directionless motivations (survival pretty much sums it up after a while), but seeing these two protagonists dig themselves deeper into a pit they can never quite crawl out of is tragic and frustrating. Davis manages to create a mood and a tone that feels authentic, but it’s scriptwriter Matthew Bright who makes the crucial mistakes.

Guncrazy is now out on Blu-ray from the MVD Rewind Collection, and it comes with a bunch of choice special features, including a commentary by director Davis and star Barrymore, as well as a making-of feature that runs for nearly 90 minutes, a spotlight on director Davis that’s over a half hour, plus behind the scenes clips from the making of the film, and more. 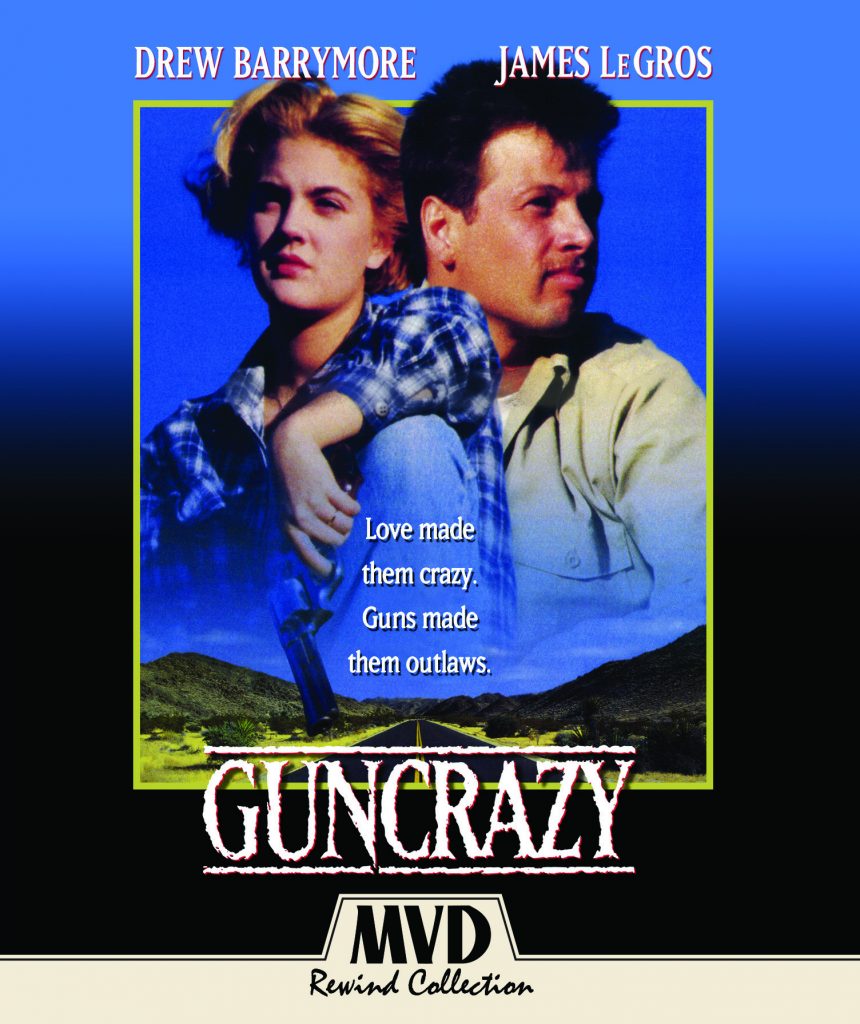