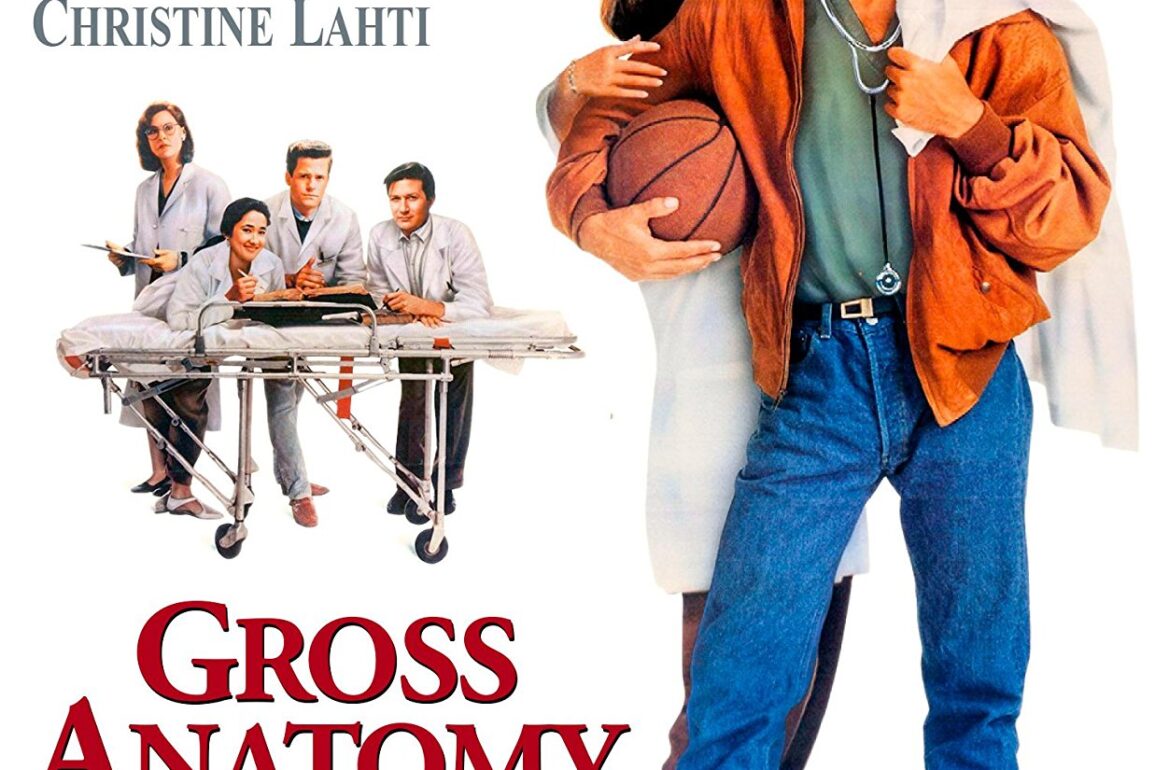 A thoroughly enjoyable comedy / drama / coming of age film with a really winning performance from Modine, Gross Anatomy is yet another great Modine vehicle, following his stellar work in Vision Quest.

Plot: A smart first-year med student takes nothing seriously, except the pursuit of his Gross Anatomy (human dissection) lab partner. It’s up to her and their teacher to find a way to convince him to take his studies and life seriously.

Review: Joe Slovak (Matthew Modine in a role he was born to play) signs up for med school, and despite how challenging it is to everyone around him, he doesn’t quite take it seriously. While his classmates are struggling to keep afloat, he glides by with a smirk on his face. One of his teachers (played by Christine Lahti) sees his limitless potential, but she also sees right through him, and she challenges him to an extra credit assignment, which he passes with flying colors. But something much deeper is going on with Joe: An identity crisis that shakes his confidence and his ego. One of his lab partners (played by Daphne Zuniga) has captured his fancy, and the fling only distracts her from her studies. She sees in him a boyish immaturity that she knows will cause their relationship to become volatile, and so she pushes him away, causing her lab study group to suffer because the group needs Joe to hold them all together. Will Joe as their wild card come through for them, or will he walk away from it all?

A thoroughly enjoyable comedy / drama / coming of age film with a really winning performance from Modine, Gross Anatomy is yet another great Modine vehicle, following his stellar work in Vision Quest. He’s virtually playing the same guy, but a little older (but not necessarily wiser), and the movie’s strengths lie in staging him from a good script by Ron Nyswaner and Mark Spragg. The chemistry between Modine and Zuniga is hot, and director Thom Eberhardt is excellent for such a popcorn programmer in the Touchstone cannon. I love this movie, and Modine has gone on the record for saying that his role in this is the closest he is in real life.

Kino Lorber’s new Blu-ray for Gross Anatomy is an improvement over the previous blu ray from Echo Bridge. The aspect ratio is correct on the new blu ray (1:85:1), whereas before it was presented in 1:78:1. Also, on the Kino release, Thom Eberhardt provides an audio commentary, and the trailer is included. Clearly, this is the best presentation of the film, and it’s affordably priced as well.