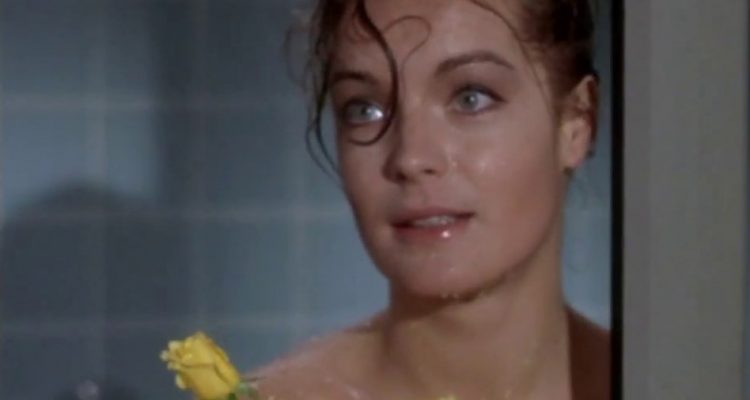 Though it takes a while to get going, Good Neighbor Sam is an entertaining comedy with terrific performances by Jack Lemmon and Romy Schneider.

Review: I feel like part of Jack Lemmon’s appeal was his ability to portray the everyman. Whether he was hypochondriac Felix Unger or corporate pushover Bud Baxter or anxious saxophone player Jerry, whatever character flaws or irritating quirks his character carried, there was something relatable about his travails. Therefore, I think it’s fitting that in Good Neighbor Sam, he should play the epitome of the everyman, an advertising firm executive unable to reach the top, but content that his family life is so typical.

It’s this relatability that carries the movie. I’ll be honest, I wasn’t sure I could last through it initially; it’s 130 minutes long, and it starts off very mundanely (I guess to mirror the life of the main character).  It’s all well and good to show Sam’s life before it goes off the rails, but you shouldn’t take roughly 40 minutes to do so – a good 20 probably would have sufficed. So, be forewarned if you take a chance on this one, it takes a while to get going. It’s also somewhat predictable – after a ruse in which he is masquerading as his wife’s best friend’s husband, the usual near-misses and exaggerated reactions from the supporting players occur. Things get even more complicated as time goes on, but the end result is always apparent.

However, thanks to how likable Jack Lemmon is and personable he is in the role, it’s easy to forgive whatever difficulties you have with the movie.  Romy Schneider is terrific as well, not only was she exceptionally gorgeous, but there’s enough of a playful, innocent flirtation between her and Lemmon that you could picture her and Lemmon’s character riding off into the sunset.

As for the comedy, there’s just enough manic energy and rational dumbfoundedness by Lemmon about the increasingly erratic and ridiculous goings-on to keep the viewer amused. I don’t think this is a belly-laugh movie by any means (the hardest I laughed is when Sam and Howard get caught in one of Sam’s ridiculous noisy sculpture creations after trying so hard to be quiet), but it’s entertaining, and you’ll want to see how the cast ends up at the finish line.

Overall, this is an entertaining flick, a little too long, especially as you’ll know how things will turn out (relatively), but with Jack and Romy leading the way, you’ll end up not regretting your choice to sit down and give this one a watch.