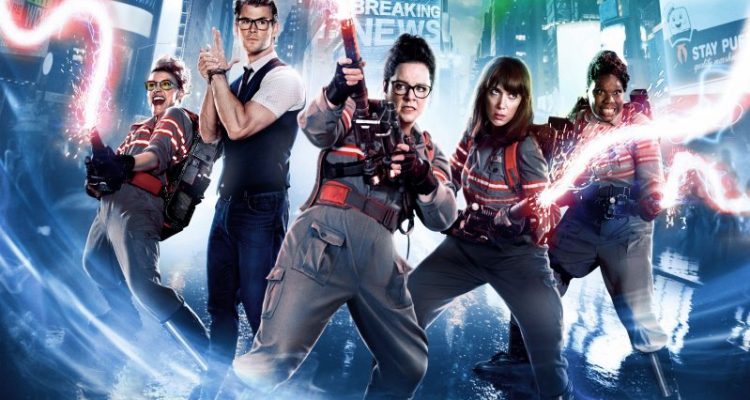 Ghostbusters could have been better but it was nowhere near as bad as I expected and had enough fun moments to not be painful to sit through; I liked the bright visual style which kept the tone fun and the music score was fantastic.

Plot: Paranormal researcher Abby Yates (Melissa McCarthy) and physicist Erin Gilbert are trying to prove that ghosts exist in modern society. When strange apparitions appear in Manhattan, Gilbert and Yates turn to engineer Jillian Holtzmann for help. Also joining the team is Patty Tolan, a lifelong New Yorker who knows the city inside and out. Armed with proton packs and plenty of attitude, the four women prepare for an epic battle as more than 1,000 mischievous ghouls descend on Times Square.

Review: So I finally got around to seeing the much discussed reboot of Ghostbusters and despite not being a great movie, it’s not quite the trainwreck we all thought. I liked the new cast and I think with a decent director and script you could have done something special with it. Sadly I only smiled a couple of times throughout the entire movie as it struggled painfully to get laughs but failed; there were a few not very subtle jibes at the online reaction to the film where the classy thing would have been to just ignore it and make the best damn movie possible.

Although at times it did feel like a Ghostbusters movie and the story was actually trying something a little different, it also felt like they were playing Ghostbusters with far too many references to the 1984 movie.

Having the original cast show up in horribly unfunny cameos was a missed opportunity when what they should have done is have them play their original characters passing the torch to a new generation. When Bill Murray appeared I was like “really? he wouldn’t show up for Ghostbusters 3 but did THIS instead?” which needless to say was very disappointing.

I find most “comedies” these days aren’t funny and this movie had far too many slapstick moments which took away any real sense of threat; the humour lacked any kind of sophistication mostly going for cheap laughs.

On the flip side of that though my childhood has not been raped (which is a horrible expression I might add) and the original movie is still there; to be honest despite the movie’s flaws I still found it harmless fun and quite entertaining.

It was bright and colourful and I’d be lying if I said I wasn’t engaged for the entire run time. I really loved the music score which had some epic Gothic choirs during the big final action sequence in New York and it was great to hear the classic theme during the opening. I’m not normally a fan of 3D but I liked it in this movie and there were a few scenes where things were jumping off the screen which added to the entertainment factor.

If they made a sequel I would probably watch it but they would need to have a sharper script as the writing was the weakest link.

Overall, Ghostbusters could have been better but it was nowhere near as bad as I expected and had enough fun moments to not be painful to sit through; I liked the bright visual style which kept the tone fun and the music score was fantastic. Give it a watch on Netflix and judge for yourself.