From director Allan Arkush, Get Crazy is a spoof and a send-up of the rock movie, and it tries every gag, offense, and trick in the book to make you laugh.

A planned New Year’s Eve concert turns into a chaotic free-for-all of mayhem and insanity.

The Saturn Theater’s owner Max Wolfe (Allen Garfield) gets sick the night before New Year’s Eve, which happens to be the night of the biggest concert of the year, with a line-up of acts to kill for, including rock star Reggie Wanker (Malcolm McDowell), punk rocker Piggy (Lee Ving), King Blues (Bill Henderson), a folk singer (Lou Reed), a New Wave artist, and an assortment of others. The guy in charge of keeping it all together is a new hire (played by Daniel Stern), and he’s certainly got his hands full. Meanwhile, an evil corporate businessman (Ed Begley Jr.) seizes on the rare opportunity to take control of the Saturn while its owner is in the hospital, but he only has until midnight to get it done. Sexcapades, shenanigans, riots, dream sequences, and all sorts of unruly mayhem commences and culminates in the complete and utter thrashing of the Saturn before 1983!

From director Allan Arkush, Get Crazy is a spoof and a send-up of the rock movie, and it tries every gag, offense, and trick in the book to make you laugh. Fans of late ’70s / early ’80s music and the punk scene may enjoy this more than others, as it certainly feels like a document of its moment. It’s fun to watch, and while it didn’t really make me laugh (I think it got one good chuckle out of me), I still enjoyed watching it. If this doesn’t make you wish you could transport back to 1982 / 1983, I can’t imagine what would. Filmed at the Wiltern Theater in Los Angeles, where I’ve seen many live performances in the past.

Kino Lorber’s new special edition Blu-ray release of Get Crazy is presented in a nice 2K master, with an audio commentary by Arkush, Eli Roth, and film historian Daniel Kremer, plus a documentary, featurettes, three music videos, and more. 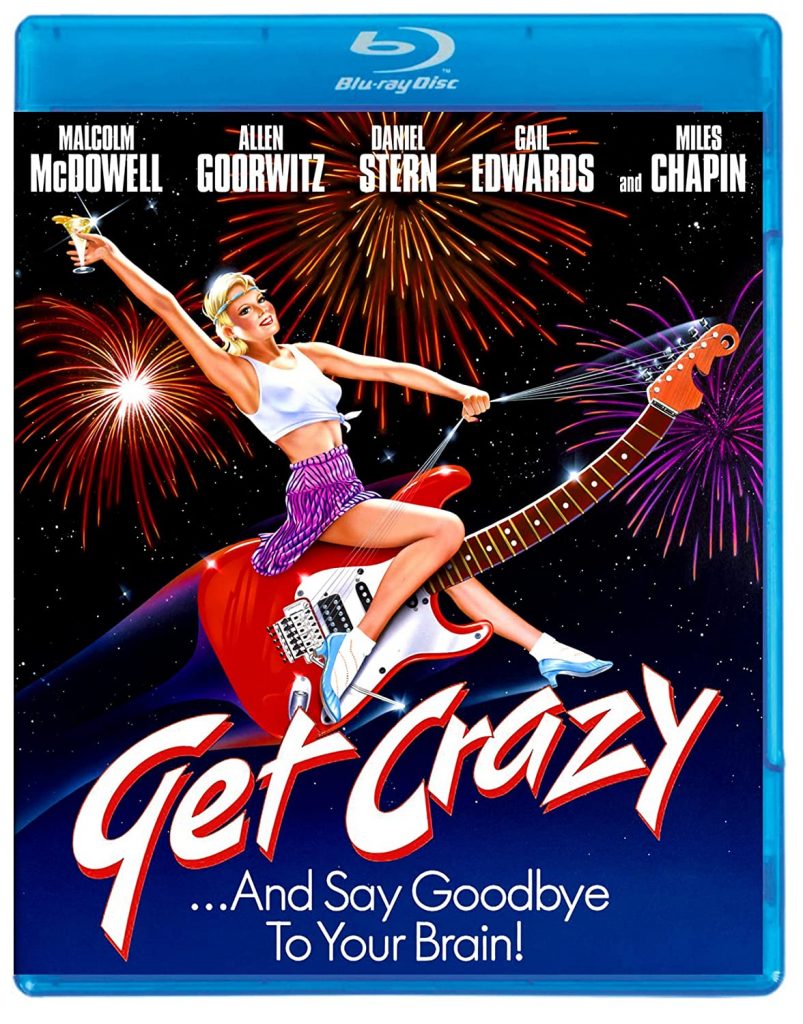