The movie works as both a comedy and a caper, and the film moves quickly at 109 minutes, with a good score by Maurice Jarre, and nice locations and cinematography.

A thief recruits a dancer to help him try to steal a priceless sculpture from the richest man in the world.

Master thief Harry (Michael Caine) thinks he has the perfect, foolproof plan to rob the richest man in the world of his priceless sculpture of an ancient Chinese empress … but he’ll soon find out that nothing is as easy as it seems. He needs to first convince a Hong Kong dancer named Nicole (Shirley MacLaine) to go along with his outlandish plan. He offers her five thousand dollars to pose as his wife and made up to look like the richest man in the world’s dead wife because of her uncanny resemblance to her. Nicole accepts. They travel to Dammuz, where Ahmed Shahbandar (Herbert Lom) lives a reclusive life, but is in possession of priceless works of art, including the sculpture (a head bust) Harry intends on stealing, but from the get-go nothing works out the way he intends. First off, Nicole is a bit of a wild card, and second, Shahbandar is a much more cunning and prepared mark than Harry anticipated. But when Nicole gets Shahbandar’s attention, the plan is a go! Harry’s heist goes sideways, and Shahbandar and his security detail easily figure out who is behind the theft, but once again, things take an unexpected and surprising turn when Harry has worked out all contingencies … including getting caught, but he could never have guessed that he’d fall in love with his accomplice, who is much more interesting and multi-dimensional than he could ever have imagined.

A clever and cute little Pink Panther-style comedy / heist movie from director Ronald Neame, Gambit plays some neat tricks with your expectations and delivers a sweet surprise. MacLaine is adorable in her role, and Caine is as straightforward as he always has been. The movie works as both a comedy and a caper, and the film moves quickly at 109 minutes, with a good score by Maurice Jarre, and nice locations and cinematography. Though this was remade many years later with Colin Firth, Cameron Diaz, and Alan Rickman, this original film is quite charming and original for being in such a familiar genre.

Kino Lorber’s new Blu-ray release of Gambit looks and sounds exemplary in a new 4K restoration, and it comes with two audio commentaries: One by the late director, and the other with three film historians, plus the trailer. Affordably priced to own, the film is a nice fit in any film collector’s hard copy media collection. 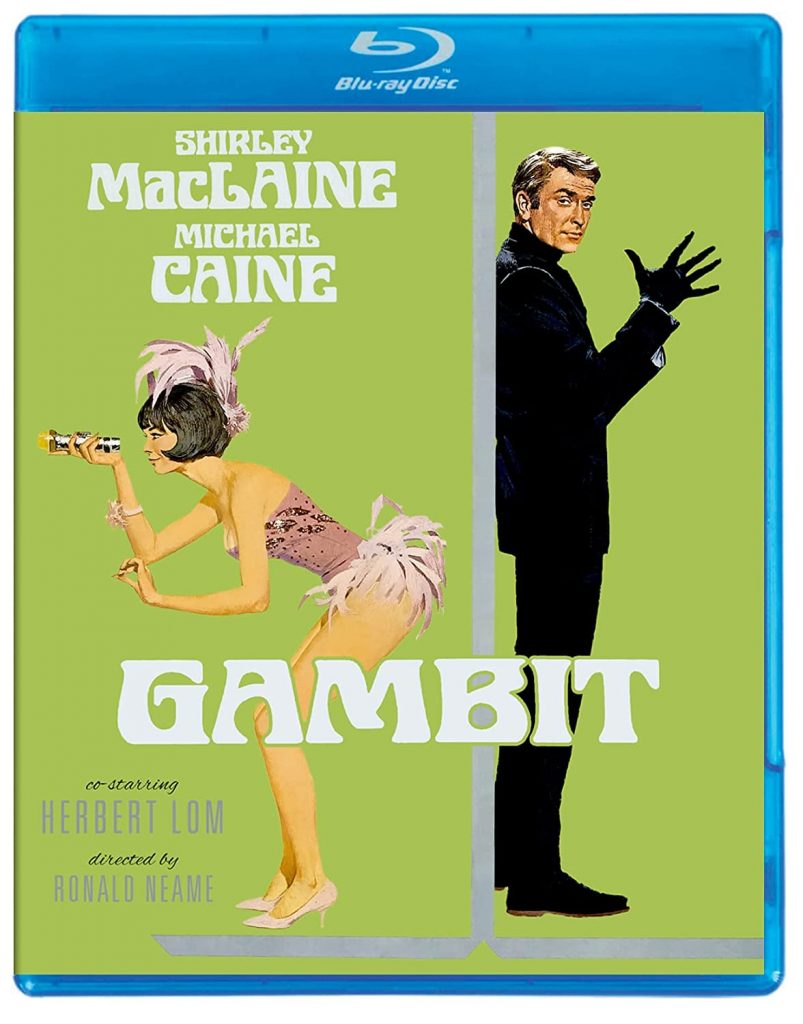