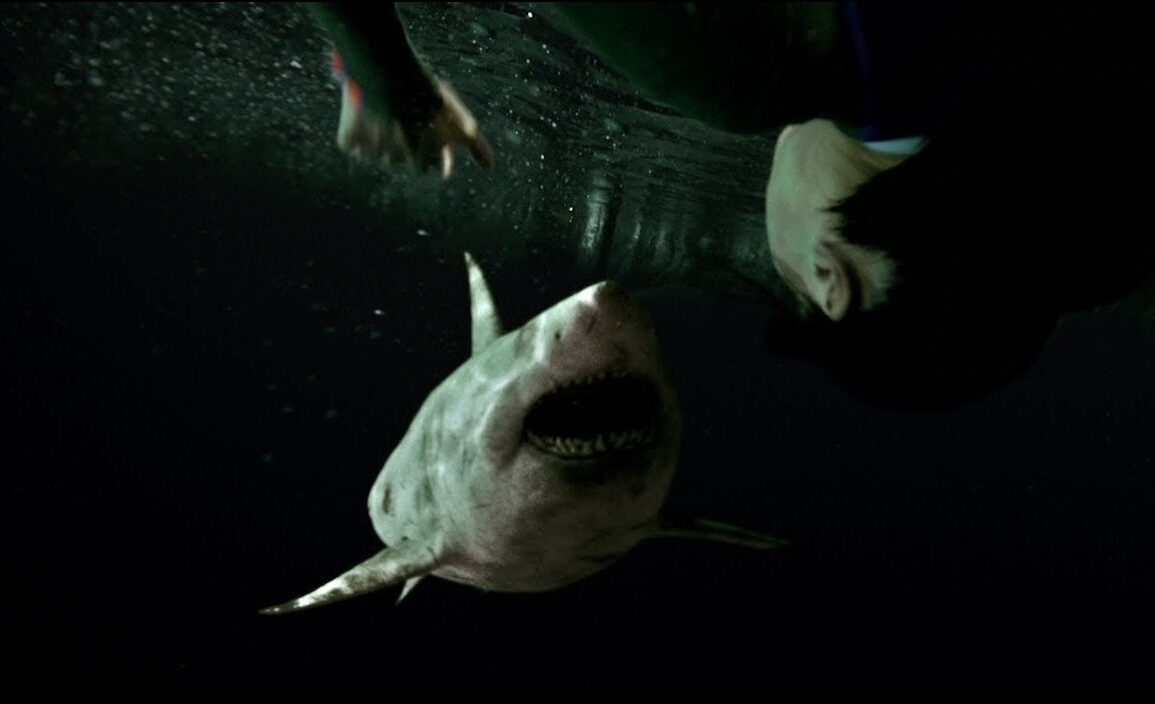 There are some thrills, but 47 Meters Down: Uncaged gets bogged down with clunky characters, an uninspired script, and a crappy action sequence at the end.

Review: Okay, right off the bad, I’m going to say it – I really enjoyed 47 Meters Down. Yes, the beginning was kind of boring, but when it got going, I was there every minute with the two leads. And while some may have predicted the ending, I didn’t. What can I say – I’m generally a sucker for killer shark movies.

This isn’t to say I’m always a sucker, and in 47 Meters Down: Uncaged, I definitely wasn’t. There are some decent scares and some neat parts (like the underwater whirlpool thing), the sharks were well designed, and I thought they did a bang-up job realizing the lost Mayan city. So yeah, there are some good points, but oh dear, there were also some bad ones.

Let’s start with the characters. The four main characters really feel incomplete and very cliché. You have the girl who no one likes (though you don’t know why) who knows everything (but not in an annoying way) and turns out to be the hero. You have the girl who doesn’t accept the hero (again, you don’t know why) but is smart and tough in her own way. You have the character who looks like a leader but is actually more suited to follow. Finally, you have the rebellious one (played by Sylvester Stallone’s daughter) who doesn’t list and usually starts the trouble. It leads to zero suspense, as far as the character choices go, and when the sharks are not on the screen, the movie just sags.

Then, there’s the script. The two main characters move to Mexico at the beginning of the film, yet I didn’t see any Hispanic characters – everyone was American. Lame. If you’re going to have verisimilitude, then know your frigging setting. The first, I would say, half an hour, is just nonsense teenaged stuff – the main character is picked on (again, for no reason, she’s gorgeous and doesn’t look geeky or weird or anything). Then there’s the whole family thing where the stepsister doesn’t accept her step-sibling (again, no reason), and then the two friends of the stepsister convince the reluctant one to have fun. Cue lots of screaming and laughing and splashing in water. Yawn. When the movie gets going with the sharks, it’s okay, but dear lord, there’s a ton of blah to get there.

The final action scene…look, the first movie had a ridiculous ending, and I was ready to call b.s., but then it righted itself. This one didn’t correct itself; it was just absurd. The sharks have been wreaking havoc throughout the movie, but when they attack the central two girls, they suffer only somewhat concerning flesh wounds. Uh-huh. Not only that, one stepsister dives into the water at the perfect depth, with a flare gun, and in sublime slow motion, steadies herself (in the water, no less) and fires it at a shark and hits it while avoiding hitting the victim it’s got in its mouth. Uh-huh. Sure.

So basically, I feel like this movie is for teenaged girls who get scared very easily. I’m neither, so I thought the movie was kind of piss. If you’re a fan of the first film (and I don’t know many who are) and you were wondering if this movie was at least approaching as good as the first one way, my answer is – no, not in my opinion. I will say the shark attacks are better, you can see the sharks chomping down on their victims, so there’s that – but that’s something, but not enough to justify this 90-minute clunker.