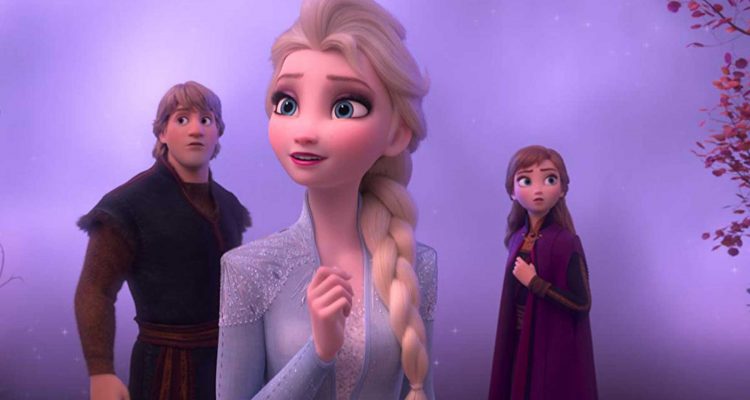 Though not as charming as the first film, Frozen 2 is certainly nostalgic and offers an epic new adventure for our lovable cast of characters.

Plot: When Elsa hears a strange, yet familiar voice calling to her, she and her sister Anna and their gang journey through a mysterious Enchanted Forest. In this mist-filled realm far from home, they begin to uncover the origin behind Elsa’s magical powers and answers that may save their kingdom.

Review: When Frozen took the world by storm in 2013, no one had ever expected a film about the love between two sisters to blow up the way it did. ‘Let It Go’ became the song in every kid’s (and parent’s) head, and Olaf pretty much became a household name. Needless to say, Frozen won the hearts of many and instantly became a modern classic in Disney’s vault. Now with the much-anticipated sequel finally here, that leaves us with the question: Do we really want to build another snowman?

Short answer? Sure. Why not, when there is just so much more of the Frozen world that could be explored? Directors Chris Buck and Jennifer Lee did just that with this instalment as we find Anna, Elsa (voiced by Idina Menzel and Kristen Bell respectively), and the rest of the group venture into the heavily-misted Enchanted Forest. This time around, the world felt bigger and more epic, opening up the world of Arendelle and exploring the source of Elsa’s icy powers further.

Although the music isn’t quite as memorable or instantly catchy compared to its predecessor, the characters were just as lovable. Olaf (Josh Gad) easily stole the show playing the cute and naïve-yet-slightly-maturing snowman.

It was great to see the bond between two sisters still drive the film’s narrative. Above all else, Anna and Elsa’s love for each other is what makes them strong, and everyone—including Ana’s sweet, fun-loving boyfriend Kristoff—respects it. As far as princesses go, the Frozen sisters still are one of the most iconic Disney figures for young kids today, and this sequel only reinforces that.

While Frozen 2 is not an instant classic and ultimately falls in the shadow of the 2013 hit, audiences are easily pulled in by the characters that made us all fall in love with this Snow Queen retelling in the first place. This time around, it’s not a catchy tune you are left with, but a warmness in your heart knowing that some things never change—and there’s always room to build another snowman.