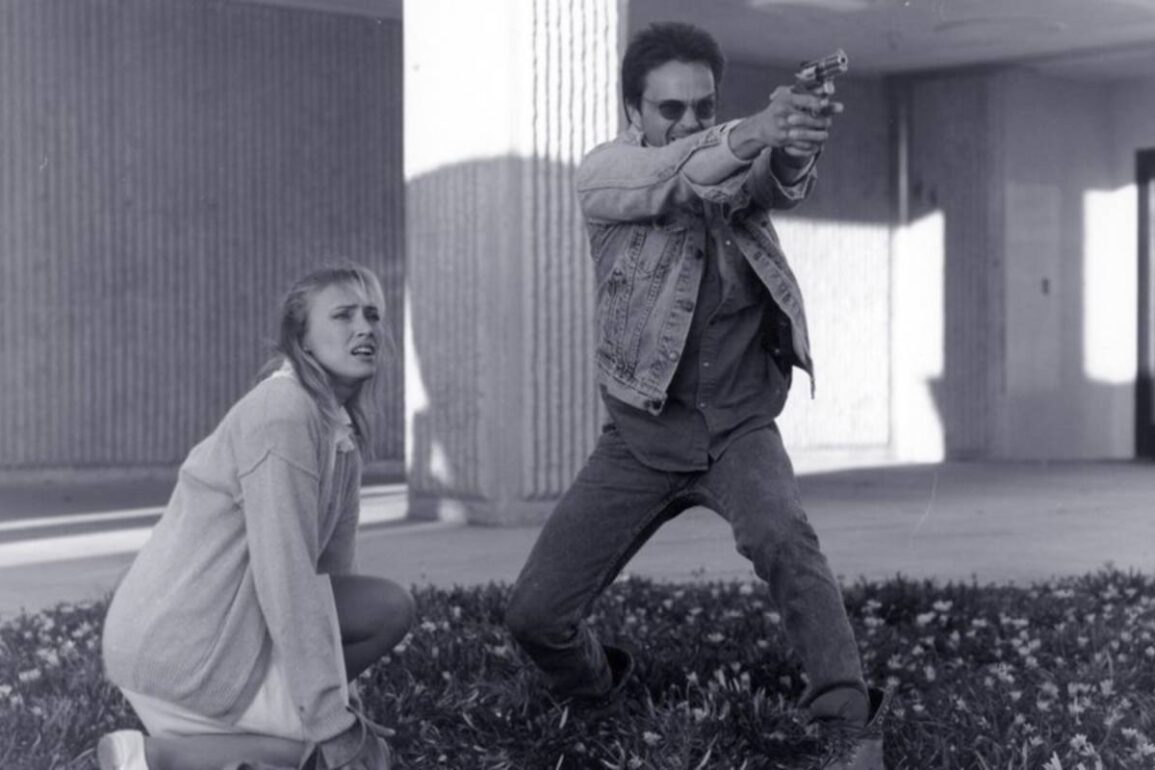 Billy Drago is always welcome, and he’s good as the creep. The movie has a nice nighttime atmosphere. The Blu-ray looks excellent.

Review: Sunny (Darlanne Fluegel) is an EMT whose husband – a doctor – was recently murdered by a deranged killer whose MO is completely random shootings on the Los Angeles freeway system. Still reeling from he personal loss and a complete lack of evidence from the police department, she does her best to investigate on her own, but all she’s got is her nightmares. The “freeway killer” (played by Billy Drago in full creep mode) is still out there, committing random murders almost on a daily basis, and what gets him on the radar of the police is that he begins calling into a nighttime radio talk show, run by a controversial psychologist (played by Richard Belzer) who doesn’t quite realize how deadly serious the man on the phone is. When the killer starts committing murders over the air, then Sunny catches wind of it, and she teams up with the psychologist to trap the killer in a tricky cat and mouse situation that could be the death of both of them.

An unusual action / slasher-type hybrid of a cult movie, Freeway has some weird Billy Drago moments to keep the creepy factor prevalent, but at its heart, it’s a vigilante picture. With the incompetent police lurking in the background, the lead character must do all the groundwork to get to the big bad guy. The movie has quite a few car chase moments and violent encounters, and it feels like one of those movies you might have caught on late night cable TV in the early 1990’s. It does its job and delivers. From director Francis Delia, who was a veteran of episodic television.

Kino Lorber has resurrected this title from out of print purgatory. It had previously been released on DVD from Anchor Bay, but that disc has been out of circulation for many years. The newly upgraded HD quality picture looks pretty sweet on Blu-ray, and there’s a special feature where director Delia is interviewed on camera. Pick this up if you’re looking to expand your cult film collection.