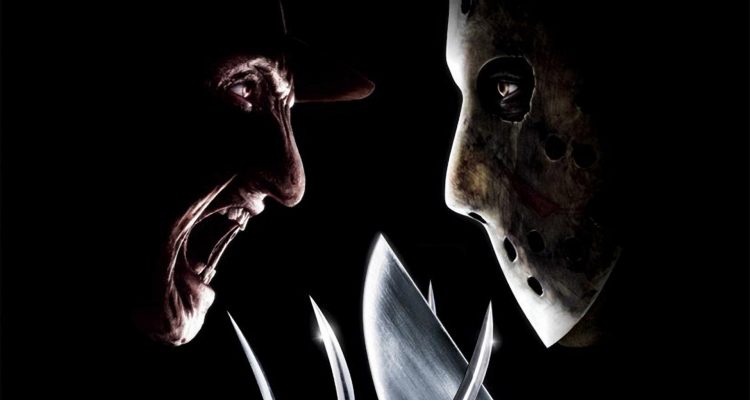 Freddy Vs. Jason – My Favourite Versus Movie

Here is my sordid confession… I consider Freddy vs. Jason the best Freddy or Jason movie but also the best Versus movie to date. I know, I am clearly high but as much as I love the Nightmare on Elm Street and Friday the 13th movies, I find this the most fun.

This is one of the few “Versus” movies that got it right. Unlike Batman v. Superman (which admittedly I like) this wastes no time in giving the audience what they want with two titans battling it out on screen while staying true to who the characters are. It is the perfect blend of action and horror; sure it isn’t remotely scary but neither are any of the Elm St./Friday movies.

The plot has the two horror icons face off where disfigured serial killer Freddy Krueger (Robert Englund), attacks his victims in their dreams but has lost much of his power since citizens of his town have become less afraid of him. Enlisting the help of fellow violent murderer Jason Voorhees (Ken Kirzinger), Freddy orchestrates a new killing spree. However, when the hockey-mask-wearing psychopath won’t stop chopping up Freddy’s intended victims, the two ghouls start to battle each other.

It doesn’t go more than a few minutes without some brutal kills and my personal favourite has to be Jason killing the jock douchebag with his machete while he is in bed then folding the bed up breaking the guy’s back. That’s going to sting more than a little. Jason’s assault on the rave in the cornfield is pretty legendary now too. I find that Jason’s kills are far more interesting than Freddy who I admittedly have never found remotely scary, just funny.

It has nudity and violence aplenty which is necessary for any good slasher pic and Robert Englund is as entertaining as ever as Freddy. Some of the acting and dialogue is atrocious but that’s required for this genre and the lead Lori (Monica Keena) is unbelievably hot and also very sympathetic.

I could literally watch this movie on repeat as I love every second of it so there you have it; Freddy vs. Jason is my favourite Versus movie. What’s yours?