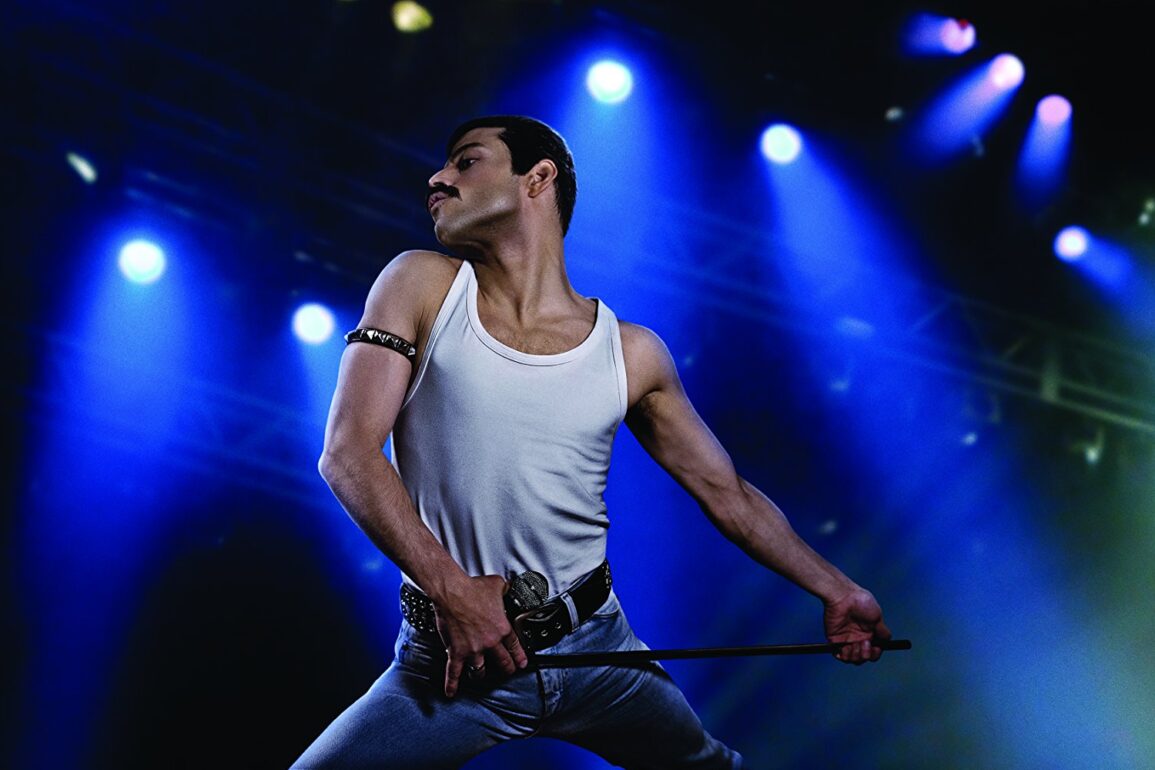 Although flawed I still had a good time with Bohemian Rhapsody and Rami Malek is a revelation. Definitely worth seeing on the big screen so you can get swept up in the classic songs. One of the best movies of the year.

Plot: A chronicle of the years leading up to Queen’s legendary appearance at the Live Aid (1985) concert.

Review: When I first saw the trailer for Bohemian Rhapsody I thought “Yes, this movie is a must watch!” The trailer just really captures the audience’s attention and leaves you wanting more. Movies these days hook you with the trailers, but under deliver when you see it in theatres. I can 100% say that the trailer doesn’t do this film justice. The film is absolutely brilliant. It’s probably one of the best films I’ve seen all year. From the music, the story, to the acting, Bohemian Rhapsody is fantastic.

The movie is a biopic of the late Freddie Mercury, lead singer of Queen. The movie does a great job exploring Freddie’s past, especially with his family dynamic, which viewers and Queen fans might not know about, so seeing this play out in the movie was a delight even though the early Freddie scenes were a bit rushed in the beginning. Another thing the movie does well is bring the music to life; viewers were able to see how Queen brought life into some of their classic hits like “Bohemian Rhapsody” and “We Will Rock You”. It’s pretty amazing to think how many iconic songs Queen actually had over the decades, so it was thrilling to hear all of the songs while seeing how some of them came to be.

Rami Malek who plays the legendary Freddie Mercury embodies the role of Mercury; his performance was so captivating that at moments I actually believed that Rami was Mercury. I couldn’t tell if Malek was actually singing, probably not, but nonetheless it was still enjoyable. The rest of the cast bring humour and drama to their respective roles, but their performances were no match to Rami Malek, who will most likely be nominated for an Academy Award. I just felt the supporting cast were just that, supporting cast to the main actor. Also, apparently Mike Myers is in the movie, I guess I didn’t notice his role in the film. I assume he was the music executive, but I didn’t even recognize him.

Clocking in at over 2 hours and 15 minutes, the movie draws you in and doesn’t let you go. It’s one of those movies that time flies by when watching it. You become very invested and time doesn’t really matter (pun intended) because you’re having a good time (pun intended again). Especially watching the Live Aid performance, it was captivating.

If I were to really pick at this movie, the only flaw I could see was just right at the very end during the Live Aid performance the CGI was a bit off; it really didn’t look real, which took me out of the magic of the movie. The beginning was also a bit rushed, it seemed like they went from a college band to rockstars within seconds.