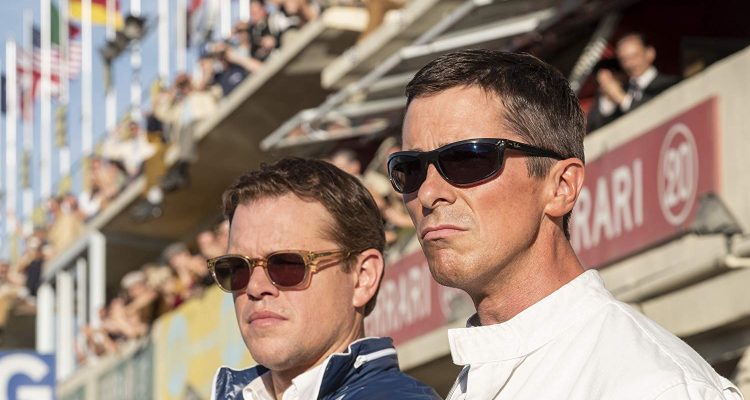 Ford V Ferrari is a massively entertaining biographical drama with a cast at their best; it’s packed with thrilling race scenes, sharp humour and great characters. A Must-see!

Plot: Academy Award®-winners Matt Damon and Christian Bale star in FORD v FERRARI, based on the remarkable true story of the visionary American car designer Carroll Shelby (Damon) and the fearless British-born driver Ken Miles (Bale), who together battled corporate interference, the laws of physics, and their own personal demons to build a revolutionary race car for Ford Motor Company and take on the dominating race cars of Enzo Ferrari at the 24 Hours of Le Mans in France in 1966.

Review: James Mangold is one of my favourite directors working today with movies like 3:10 to Yuma, Cop Land, and Logan under his belt so any new project with his name attached is a must-see for me.

For people who complain that there aren’t enough adult-oriented movies out today then this movie should please you greatly as it is packed with sharp dialogue, witty banter, thrilling race scenes and an engaging story.

Christian Bale never disappoints and puts his all into every role so he is no longer acting but simply becomes the character he is portraying and Ken Miles is one of his best to date. He’s kind of a jerk and a self-professed non-people person who seems to butt heads with everyone he comes across. This provides much of the movie’s humour as he has some wonderfully acerbic dialogue but we still love him because we know in his heart he is a good man who knows his race cars but also will do anything for his family.

When the IRS come calling Ken is willing to give it all up so he can provide for his family but destiny has other plans and his old friend Shelby (Damon) shows up with a proposition he simply can’t refuse.

Asked to help build this amazing new car they meet with constant interference from Ford’s right hand man Leo Beebe (Josh Lucas) who is an absolutely hateful bastard. Lucas is so perfectly cast as he is always so good at playing slimy executives with shit-eating grins that you just want to punch in the face.

I’m normally not a huge Matt Damon fan but I thought he did a fantastic job in this movie making Shelby torn between loyalty to his friend and being a “team player” with the guys at Ford. His rocky friendship with Ken provides a lot of the movie’s heart but also some great laughs too. The pair of them having a comical fight outside Ken’s house had me in hysterics.

It is a little long at 2 and a half hours so it can be a bit of a struggle at times but it’s never dull and the characters are so well-developed that it’s consistently engaging. The camera work during the race scenes is impressive and will have you on the edge of your seat throughout.

The tone is generally pretty lighthearted but that changes towards the finale as anyone who knows the real-life story can attest.

Overall, Ford V Ferrari is a fantastic drama with humour, heart and fast cars. Bale is always amazing to watch on screen and it’s nice to see him show his humorous side which I wish we could see more often. If you’re looking for something for the grown ups then check this out as you won’t be disappointed.