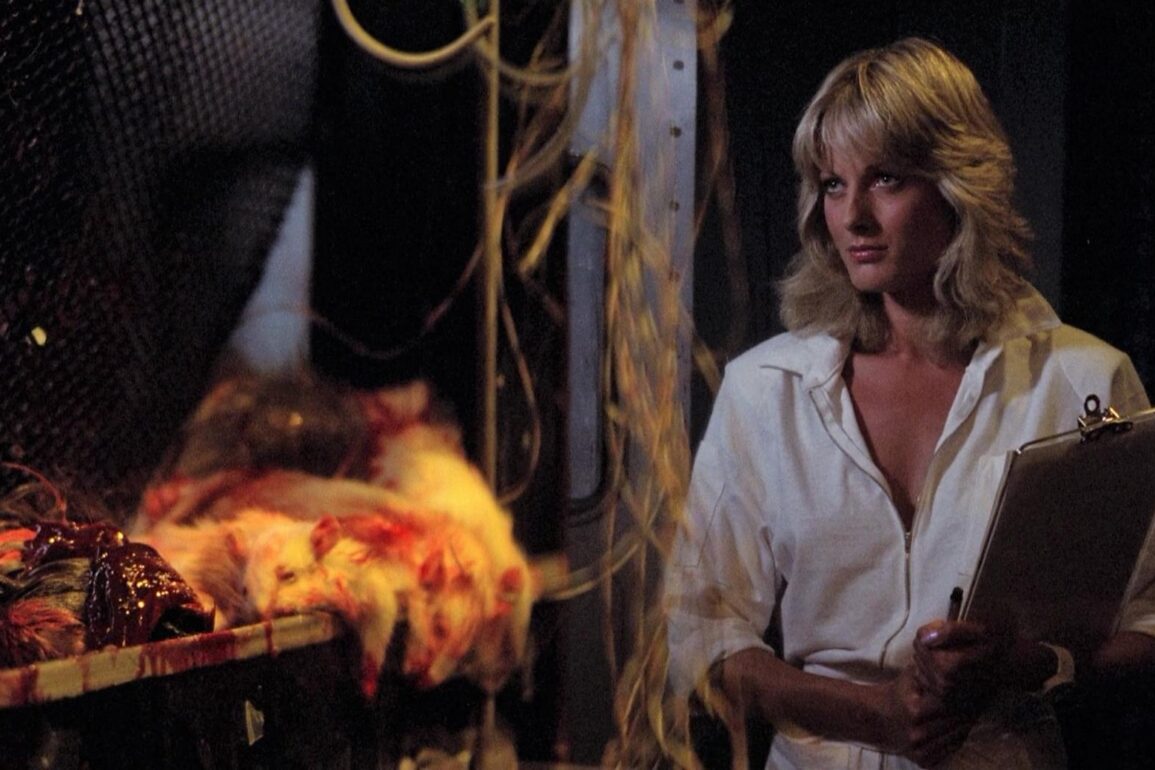 While it’s little more than an Alien rip-off, there are creatures galore and a ton of nudity and gore that will please fans of the 80s horror genre.

Plot: A military officer (Jesse Vint) travels to a distant world to investigate a mutant who goes amok in a research lab.

Review: Forbidden World (or Mutant, which is one of the titles it was released under) will bring you nothing new if you are familiar with the sci-fi horror genre. The story is nothing new – there’s a murderous creature because…because, and the hapless cast must figure out how to kill it. You have the character who wants to study it, the character who will kill it on sight, the rest of the cast is just there, etc. Nothing new in either of these areas. What Forbidden World is, though, is a lot of fun.

Let’s start with the characters. Yes, they are caricatures and lack uniqueness, but they’re a lot of fun. I found Jesse Vint to be a hoot as the main character, who seems to fancy himself as James Bond-esque – he’s not done sleeping with one woman until he turns to another. He has an easy charm and seems to realize what kind of movie he’s in and just has fun with it. June Chadwick is the opposite of her role of Lydia on the television series, V, playing a compassionate, albeit completely clueless, laboratory member. Fox Harris is great as the mad scientist who figures out how to kill the monster, weaponizing his own cancer (!!!!!) to kill it.

The gore in this movie is impressive. It’s a goo-fest, starting almost from the get-go, and just when you think it can’t get ickier, more stuff happens. By the movie’s end, the cast seems to just be walking through constant viscera and weird crap that you assume used to be humans. You also get a helpful helping of nudity – both female crew members are stunning and have no problem shedding their clothes at every opportunity. There’s even an exposition scene between the two female characters, who are fully nude, washing each other. It’s bananas.

As for the creatures, they’re visually terrific. You get a lot of variety, and there are few scenes where they look fake. The monstrosity at the end is out of some people’s nightmares and threatening as hell.

I was disappointed that footage from Battle Beyond the Stars was used again in a Roger Corman outer space movie – it seems that he couldn’t get enough of the spaceships designed by James Cameron, nor the footage of the space battles from that flick. It’s even more annoying considering that the fight at the movie’s beginning does nothing for the plot or to establish the Mike Colby character, as neither needed it. I guess they had to figure out a way to fill the 77 minutes that the movie runs.

The score is decent and works well with the theme of this movie. I don’t think anyone working on the film had pretensions of what type of flick they were working on. The director has come out and said he was shooting without a script and that accounts for some of the more ridiculous moments in the film – let’s just say that if you’re a horror fan, you’ll be amused by how clueless the characters are, especially with imminent danger directly in their face.

Is Forbidden World a good time? Yes. It doesn’t try to be anything it’s not and presents an entertaining experience with lots of good old-fashioned gore and beautiful naked women. If you’re looking for anything more, this is not your movie.