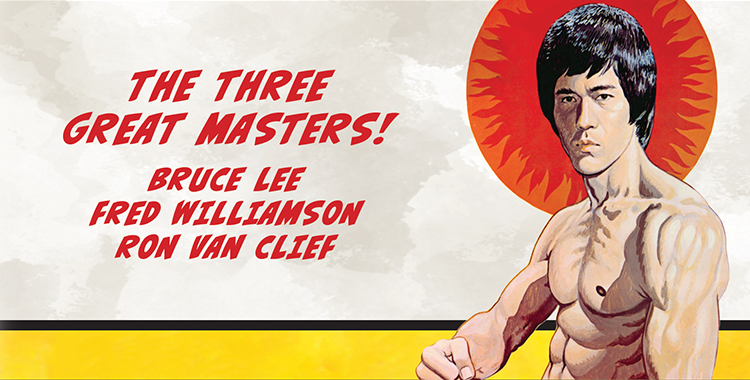 Made by money-grubbing exploitationers looking to cash in on Lee’s good name, Fist of Fear, Touch of Death is a shameless wowzer of a head scratcher from its first frames to its last.

True to Bruceploitation fashion, Fist of Fear, Touch of Death features eye-popping combat scenes viewers will have to see to believe, putting the 1979 World Karate Championship at center stage, where martial artists take their shot at eliminating the competition and claiming the title of “successor to the Bruce Lee legacy.”

Bruce Lee has passed away, leaving a void in the world of martial arts and film where vast numbers of imitators and aspiring would-be’s vie for the top spot where once he briefly stood. At Madison Square Garden in 1979, a hullabaloo is being held: Martial arts dynamos and movie stars (Fred Williamson sits ringside) compete and converse on who could possibly take Lee’s place, and a commentator (played by real life commentator Adolf Caesar) endlessly prattles on and on regarding the state of the martial arts world. We get some dramatizations of guys like The Black Dragon’s Ron Van Clief working out and saving a lady from hooligans in the park, and most of the movie is comprised of lifted and retooled footage (and dubbed over like in Mystery Science Theater 3000) of an old samurai movie and one of Bruce Lee’s very first dramatic performances, mixing them all together to make it seem like we’re seeing the story of Bruce Lee’s actual life and history. It’s all a sham, just like Fist of Fear, Touch of Death is.

Made by money-grubbing exploitationers looking to cash in on Lee’s good name, Fist of Fear, Touch of Death is a shameless wowzer of a head scratcher from its first frames to its last. It overdubs documentary footage of Lee, putting words in his mouth he never said, sullying his legacy and turning his death into a freak show spectacle filled with real martial artists performing dubious feats of martial arts. Fred Williamson has some scenes (a terrible one where he wakes up in a hotel next to a bimbo, for instance) to sort of connect some dots, and it just goes to show how willing he was to take a quick buck for almost anything where he gets to look good. It’s appalling what the filmmakers did with this thing, and it’s only of interest as a snapshot and a time capsule of New York in 1979 where you can see movie theater marquees of Halloween, Animal House, and Apocalypse Now if you’re paying attention.

By some miracle, this film made it to blu ray in a nice looking 4K restoration transfer (limited to 1500 units), but I can’t imagine anyone on earth who’s heard of it or should watch it unless you’re extremely interested in Bruce-sploitation flicks. I watched the 30-minte making-of feature as well, and the filmmakers are only too happy to discuss their involvement in the film, though I can’t believe they would. 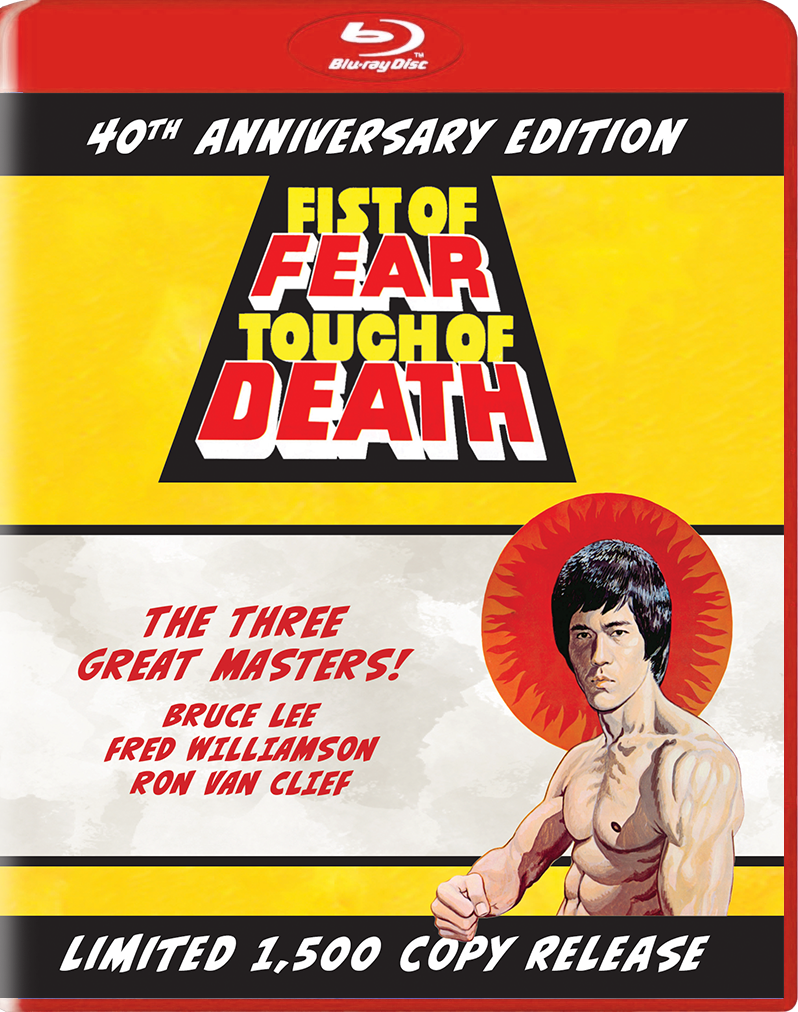