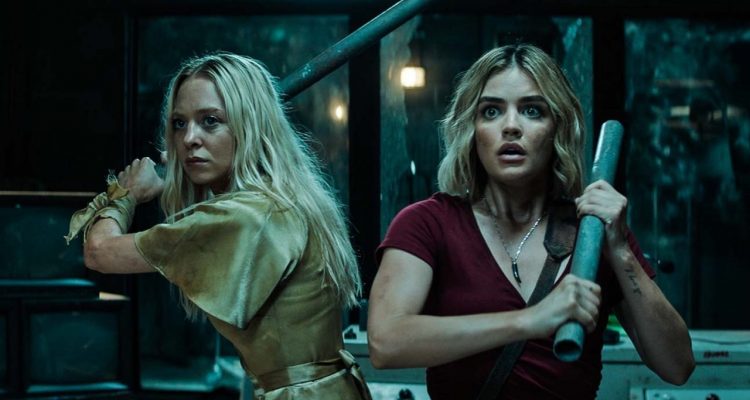 Fantasy Island has some interesting ideas and Maggie Q was the most appealing character; I hated that twist at the end though as it just felt like too much. There are worse ways to spend a Saturday night but there are better too.

Plot: The enigmatic Mr Roarke makes the secret dreams of his lucky guests come true at a luxurious but remote tropical resort, but when the fantasies turn into nightmares, the guests have to solve the island’s mystery in order to escape with their lives.

Review: I think we were all surprised when Blumhouse announced a new horror movie version of the classic TV series Fantasy Island and yet I was always curious about it, so I finally got to watch it the other night.

It takes quite a while to get going and I’m not sure what genre this is meant to be; it isn’t really a horror movie as it’s never scary or particularly gory. It’s more a morality tale about not holding on to the past and living with regret when you need to move on and not let it define you.

As I said it takes too long to get where it needs to go and some of the characters are just plain terrible especially the two brothers who are really just annoying. Some of their dialogue was embarrassing however, there are a few heartfelt moments and I thought Maggie Q stole the show but it falls apart with that ending; it was just one twist too many and took me out of it.

Michael Rooker was rather underused as well which is a crime in itself. I find it hard to take Michael Peña seriously as I always expect him to go into Luis from Ant-Man mode and start telling us an epic story… which would have been more entertaining than this entire movie.

To be fair there are a few throwbacks to the original series and I loved hearing them say “The Plane! The Plane!” which was a definite highlight.

Overall, Fantasy Island had its moments but the dumb twist at the end lost me and it feels longer than it needed to be. It isn’t remotely scary either which is a bit of a fail if you’re making a horror movie.