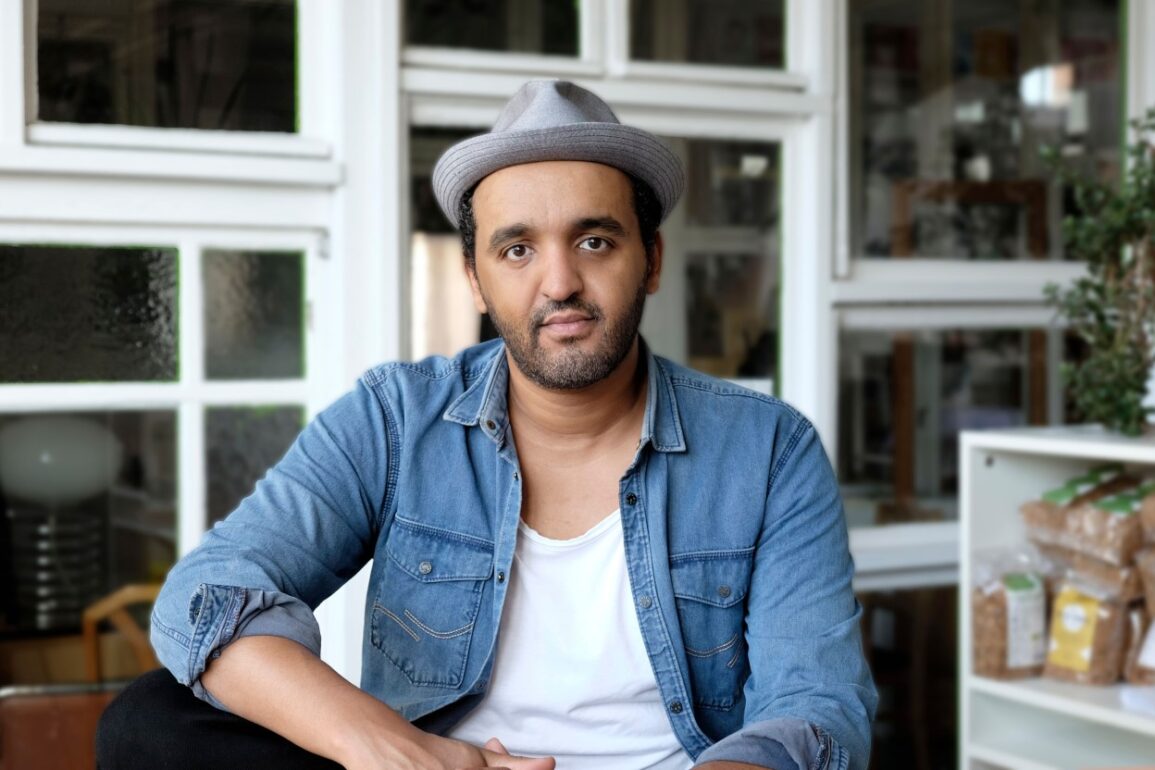 While directors are often described as “visionary” in some way, Ezra Tsegaye brings the term to a literal sense.  Having worked in the comics industry as well as a storyboard artist, he literally has the ability to illustrate the frame and bring things to their ultimate reality onscreen.  Since 2006, Ezra has been putting stories together visually via his storyboards, and with 2018’s Skin Creepers, he is finally able to put everything together as the director of a feature length film.  Ezra describes the process and his inspirations in this interview.

What is the meaning of the title of Skin Creepers?

The devil creeps under the skin. And frankly, we were looking for a good title.

The film seems to have drawn inspiration from such other works as The Exorcist and Risky Business, almost a combination of the two.  Was this the intention going in, or did things just fall into place that way?

The filmmakers’ part of the story is based partly on our own experiences. Sebastian Wolf (producer) and myself have tried for years to find production companies for the realization, just like Ben and Dan in SKIN CREEPERS. As an independent filmmaker you have to deal constantly with problems, maybe not with a demon-possessed porn star and a priest who has to save the day but some things are even more weird. In Germany it is difficult to get money for genre films. Therefore, I am very grateful to Sebastian who financed the film on his own and he did everything possible to make my vision come true in the best way possible. My inspiration for SKIN CREEPERS however is mainly based in the genre film classics of the 80s.

You got your start in comic books and storyboards.  What comics did you initially work on?  How did these experiences benefit you in the transition behind the camera?

I drew the German motion comic “Der Turmspringer”, which I developed together with my SKIN CREEPERS co-author Sebastian Kühne. This motion comic even made it to the competition of the prestigious Berlinale Film Festival. “Der Turmspringer” is about a clairvoyant German superhero, who prevents a terrorist attack in the heart of Berlin, while being hunted by the German police. So far I have been able to capture my ideas only on paper. But it also got me closer to see my visions in reality. I can´t thank my dear friend Sebastian Wolf enough, for giving me the chance to make my dream come true with my first feature film SKIN CREEPERS.

As someone with a background in comics, what were your favorites growing up?  What kinds of characters inspired you?

At that time I devoured everything by Frank Miller. I particularly liked Daredevil: Born Again and Batman: The Dark Knight Returns. In addition, Akira (by Katsuhiro Otomo) blew me away. As well as Kingdom Come by Mark Waid & Alex Ross as well as Spider-Man: Torment (amazing drawings by Todd McFarlane).  I have a huge collection of comics. However, these mentioned comics only inspired my visual style. In regards to characters, I got my inspiration from the unique characters of the movies from great filmmakers like John Landis, Charles Band, or Roger Corman, just to name a few.

Does your background in storyboards now affect how you view a film as an audience member?  What kinds of things do you look to achieve in setting up a shot?

Your protagonists in Skin Creepers make a big deal about getting an American actress for their film.  Was this a deliberate decision?  What was it about that nationality that made it an important plot element?

Can you tell us a bit about the makeup and special effects teams?  The gore and makeup effects in this film were spectacular.  Where did you find them?

The company Shapeshifters FX was responsible for the awesome makeup effects. Mainly Claus Grüßner and Seher Yavas behind that company. We launched a crowdfunding campaign a few years ago and advertised it on our Facebook page. Claus wrote to us and sent us working examples. I am very glad that we found the two. I still remember how we had to shoot the splatter scenes at the very end, because our budget was so limited that we only had one part of the costumes. After the bloody scenes, the clothes were no longer useful. Interesting side story: the interior of the hotel location was a completely constructed set, personally crafted by my producer Sebastian Wolf because after the shooting of the gore effects, any real hotel room would have been beyond repair.

Was Dieter Landuris’s character inspired by any particular event or person?  He’s almost like a cartoon character and brings a ton of personality to the story.

Dieter Landuris is a very famous character actor in Germany. When I wrote the script I always had him in my mind for this role. I am very influenced by movies from the 80s and their exaggerated acting. For example, Jeffery Combs’ character in Re-Animator (by Stuart Gordon) or Bruce Campbell´s character from Evil Dead franchise (by Sam Raimi). It was a great honor as Dieter Landuris agreed to be a part of the project, as he was able to catch the tune of the above mentioned US actors.

The idea of faith being necessary in dealing with supernatural events is usually very effective, as it has been in such films as Fright Night and The Exorcist.  What does the dichotomy of secular vs spiritual living mean to you?

Christian mythology is often a classic element for Horror films.

However, it was not my intention to deliver any statement regarding religion. It is completely up to the audience, what they want to interpret.

I am currently writing a screenplay for a creature feature set deep beneath the city of Berlin.

Also I’m in early talks with the Godfather of Krautploitation himself, the well-respected independent filmmaker Nico Sentner, to develop a project together. Nico´s company also helped us tremendously to release SKIN CREEPERS internationally.

movie based on Sebastian´s idea with many world champions from this sport already attached, which will be produced by our own production company “Botchco Films”. With this company we also produced SKIN CREEPERS. 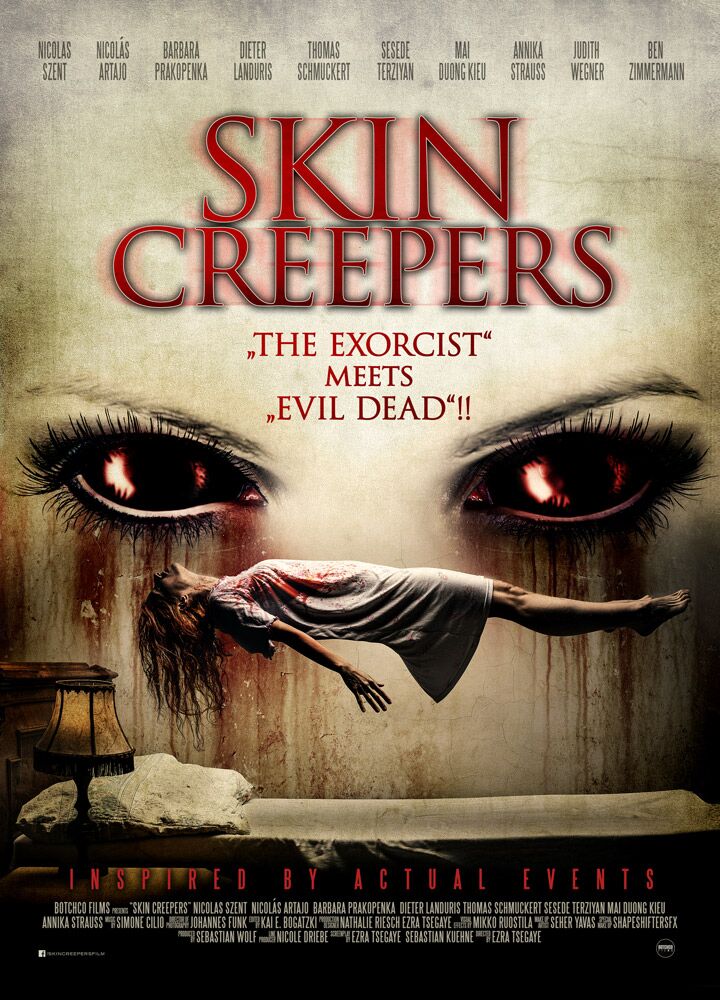