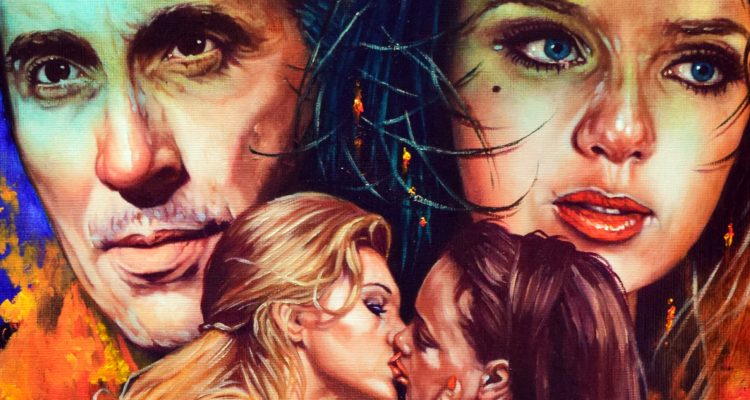 Purveyors of these Euro sex / horror films will appreciate this more than others, and while it proudly (without any sense of judgment of the evils it portrays) displays depravity and perversions, it’s a somewhat joyously lurid film, thanks to an upbeat score by composer Bruno Nicolai.

An innocent teen girl is brought to a secluded island and is unwillingly ushered into a depraved lifestyle over the weekend.

A morally depraved brother and sister – Madame Saint Ange (Maria Rohm) and Marvel (Jack Taylor) – are avid followers of the works of the Marquis de Sade, and they follow the guidance of a ringleader, a courtly sadist named Dolmance (Christopher Lee), who regularly hosts orgies of murder and depravity at the Madame’s secluded island. When the Madame sets her sights on a beautiful young teen girl named Eugenie (Marie Liljedahl), nothing will stop her from inviting the virginal girl to her island under the auspices of a weekend holiday, but in reality the Madame has targeted the girl for a weekend of horrors. When Eugenie arrives, she’s all smiles, but it’s obvious early on that Eugenie is a lamb laid out for the proverbial slaughter: She’s groomed very quickly to be drugged, raped, degraded, and tortured by a host of invited guests, who flock around her like a tasty treat. As the weekend goes on, Eugenie will come to realize (in a drugged haze) that she may never leave the island and that her captors are a bunch of degenerates who see her as little more than a toy, to be thrown out when it is broken.

From exploitation filmmaker Jess Franco, who is best known for his Euro sex horror films, Eugenie is generally regarded as one of his better films, and while I’ve only seen a handful of his pictures, I can see the casual craftsmanship of this film. It’s a beautiful looking movie, and it’s got a lot of gorgeous scenery and stunning looking women, most of whom are required to disrobe regularly throughout the film. The themes and undercurrents of the film are horrifying and shocking even for today, but when we live in a world where Jeffrey Epstein got away with what he did for so long, this film takes on a whole different dimension. Purveyors of these Euro sex / horror films will appreciate this more than others, and while it proudly (without any sense of judgment of the evils it portrays) displays depravity and perversions, it’s a somewhat joyously lurid film, thanks to an upbeat score by composer Bruno Nicolai.

Blue Underground’s 3-disc Limited Edition Blu-ray set of Eugenie presents the film in a new 4K transfer, and comes with a handful of choice special features, including a bonus soundtrack CD of the score, which makes the package all the more alluring. The film is presented completely uncut. 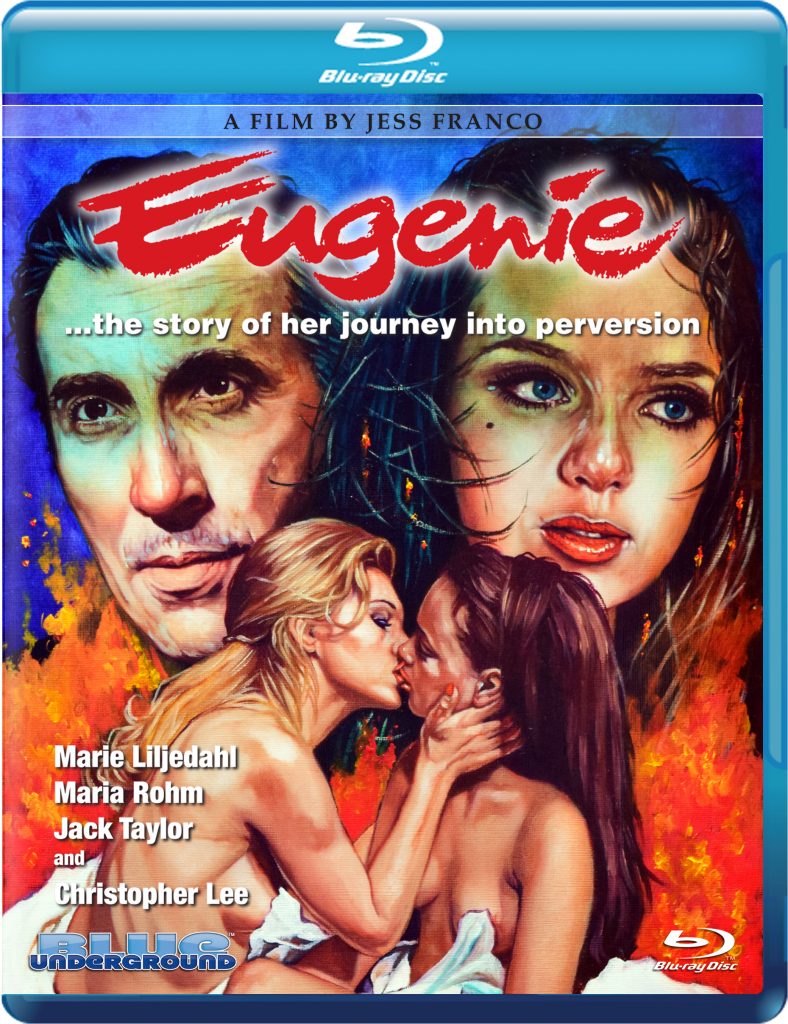