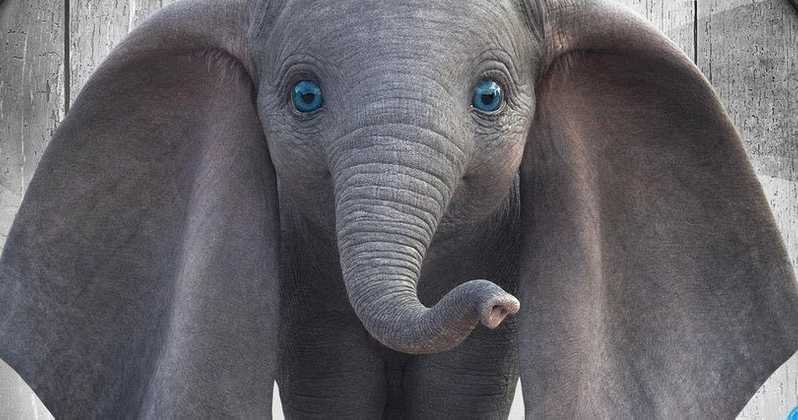 Dumbo is a delight and a fresh new take on a classic tale with heart, memorable characters and an engaging story.

Plot: A young elephant, whose oversized ears enable him to fly, helps save a struggling circus, but when the circus plans a new venture, Dumbo and his friends discover dark secrets beneath its shiny veneer.

Review: When I heard that Disney was making a live action Dumbo movie I was very skeptical, as the original 1941 animated film is a classic. But after seeing this new movie, I’m completely blown away at how much I liked it, dare I say, loved this movie.

The film’s incredible all-star cast helps bring the magic to Dumbo, as It brings a human narrative to the story. The film follows Holt (Colin Farrell) a single father of 2 who returns from war, reuniting with his two children Millie (Nico Parker) and Joe (Finley Hobbins), while trying to assist Max (Danny Devito) with running a failing circus. Yet everything is turned upside down when Dumbo arrives, which brings a lot of attention to their small circus, introducing Michael Keaton and Eva Green’s characters into the mix. Michael Keaton was the standout character in the film. Reteaming with Tim Burton, Keaton is able to charismatically charm the audience, but also question his motives, which is a true testament to Keaton’s acting ability.

The film isn’t a remake but more of a continuation of Dumbo’s story. The original film ends when Dumbo soars across the circus, but it always left the feeling of “what else happens?”, and this film helps create that narrative. It keeps a lot of the core elements of the original film but infuses a new story to create a broader world of storytelling for Dumbo. The film is clever in giving the audience winks and nods to the classic, leaving fans of the original nostalgic as this new story unfolds. And yes, those creepy pink elephants make a return in this movie.

The movie is stunning. Probably one of the best Tim Burton movies in years. Tim creates an imaginative world by creating whimsical set pieces that will make viewers believe in the impossible. Dumbo’s CGI is practically perfect in every way, now this is no surprise coming from the House of Mouse as they’ve become the pioneers of impressive CGI work recently (Jungle Book, Captain Marvel just to name a few), but Dumbo’s animation was practically flawless in which I kept getting lost in Dumbo’s giant blue eyes.

One thing I did enjoy was the parallels this movie has with our world and how bigger companies are taking over smaller companies for their assets. I couldn’t stop to think about how Disney is now in that position. So, it was a bit ironic to see this happen in the movie, as it’s a Disney movie.

Another aspect that Dumbo does well is conveying emotion. We all know the original movie is emotional, but I’m happy that tone carries over to this adaptation. The movie doesn’t shy away from these darker emotional moments, which for me, made me more invested in the movie. I do feel that a few moments didn’t really land, but this movie tugs on your heartstrings whenever you see Dumbo’s grief.

Overall, Dumbo isn’t just a remake, but an expanded story of an iconic Disney character. It’s darker moments may be a bit much for smaller children, but it’s definitely a movie for the whole family. If Dumbo is any indication of the current remakes Disney is pumping out this year, sign me up, because Dumbo proved that magic can still exist.