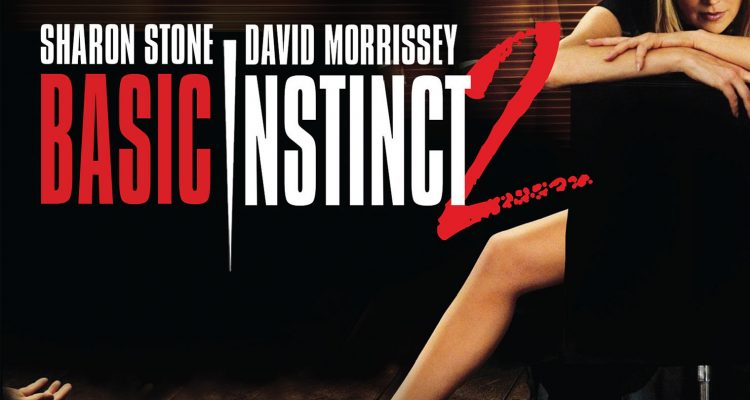 Plot: Novelist Catherine Tramell is once again in trouble with the law, and Scotland Yard appoints psychiatrist Dr. Michael Glass to evaluate her. Though, like Detective Nick Curran before him, Glass is entranced by Tramell and lured into a seductive game.

Review: When we last saw Catherine Tramell (Sharon Stone in her career defining role), she was teetering on the edge of murdering her prey, detective Nick Curran (Michael Douglas), who despite all the overwhelming evidence against her regarding a variety of grisly murders, fell captivated under her spell. Tramell, a successful sex and murder novelist and multimillionaire, has moved on from detectives in the ensuing decade, and when we first see her in Basic Instinct 2 she is racing her expensive sports car in the middle of the night in London with a drugged soccer star in the passenger seat, who is clearly her next victim. As she climaxes in a nerve wracking orgasmic turn of the wheel, her car – and her passenger – crashes into a river, sending the poor sap to his doom … but she emerges unscathed. Before a trial can begin, Tramell is let off on a technicality, but she sets her sights on the court appointed psychologist who declares her a danger to herself. The doctor – Michael Glass (David Morrissey) – is instantly intrigued and fascinated by Tramell, who goes the extra length to lay her cards on the table. She’s dangerous, but Glass takes the bait and over the course of several sessions with her, he begins lusting after her, despite the fact that it seems fairly obvious that she’s a murderer and a serial something-or-other. People close to Glass begin turning up dead – including his ex-wife – and in a blink of an eye Scotland Yard turn their sights on him as the prime suspect. Tramell sits back and watches as Glass’s entire life crumbles around him, and with her satanic smile she composes her next novel.

MVD recently released Basic Instinct 2 onto Blu-ray, which ports over the original DVD releases’ special features, which include commentaries, two versions of the film, deleted scenes, and more.