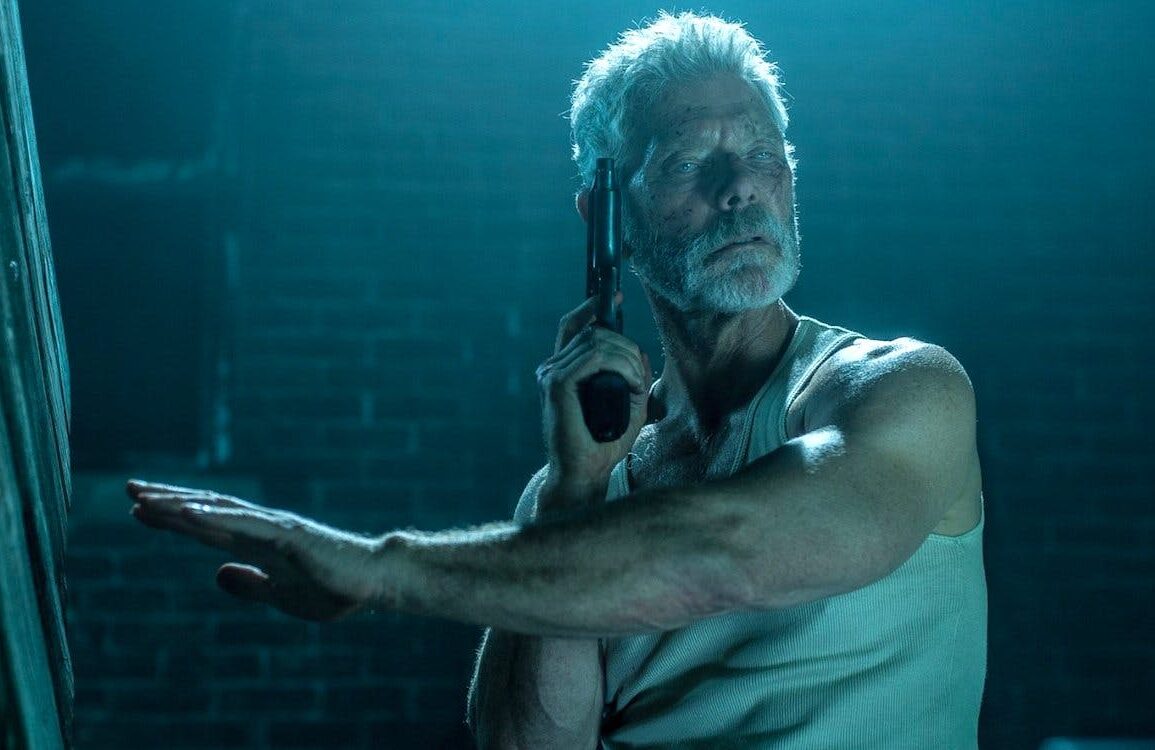 Don’t Breathe is high in tension but lacks memorable characters; The Blind Man is a great nemesis though and the movie is relentless so I would check it out on the big screen to fully appreciate the sound.

Plot: Rocky (Jane Levy), Alex and Money are three Detroit thieves who get their kicks by breaking into the houses of wealthy people. Money gets word about a blind veteran who won a major cash settlement following the death of his only child. Figuring he’s an easy target, the trio invades the man’s secluded home in an abandoned neighborhood. Finding themselves trapped inside, the young intruders must fight for their lives after making a shocking discovery about their supposedly helpless victim.

Review: I finally got around to seeing this movie and after hearing so many rave reviews for it my expectations were pretty high; I was expecting a tension filled nightmare of a film and that’s exactly what Don’t Breathe was. It’s not one of my favourite movies of the year but I’d be lying if I said it wasn’t an intense watch.

Stephen Lang’s The Blind Man is a new Boogeyman and potential horror icon in waiting and for the first half of the film I was totally on his side… until THAT scene, then all sympathy went out the window. You can tell from the start that something isn’t right about this guy and Lang really is superb in the role.

The main weaknesses are the main characters; Daniel Zovatto’s Money has some lame dialogue and feels more like a caricature rather than a real person. As soon as he is on screen you know he is the first to die. Rocky (our “heroine”) wants to rob this old blind man so she can take her little sister to California and get out of Detroit forever. Although you can see her motivation she’s still a criminal and her band of buddies frankly deserve everything they’ve got coming. The only character I liked was Alex (Dylan Minnette) who reluctantly goes along on this doomed crusade because of his not so secret feelings for Rocky. Alex, you can do better; just saying…

During the first few minutes I was already seeing flaws in the thieves plans; for example Money urinating over a house they are robbing? Surely the cops will get DNA from it and know who it is? I imagine that was deliberate to demonstrate how inept and amateurish they are at stealing, so when they decide to pick on a blind man they are suddenly way out of their depth.

Once our protagonists get trapped in The Blind Man’s house the fun begins and the tension starts brewing; it would help if I didn’t want all the characters to die which definitely took away some of the menace but I still was on the edge of my seat throughout.

The sound design really stood out as I always find that is key in creating a strong horror movie as sometimes it’s what you don’t see but hear is what disturbs you so your imagination runs wild.

By the time the end credits roll you’ll be exhausted not just by the tension but also how many times you’ll be shaking your head as there are a few too many unlikely moments which just stretch credibility.

Overall, Don’t Breathe is high in tension but lacks memorable characters; The Blind Man is a great nemesis though and the movie is relentless so I would check it out on the big screen to fully appreciate the sound.