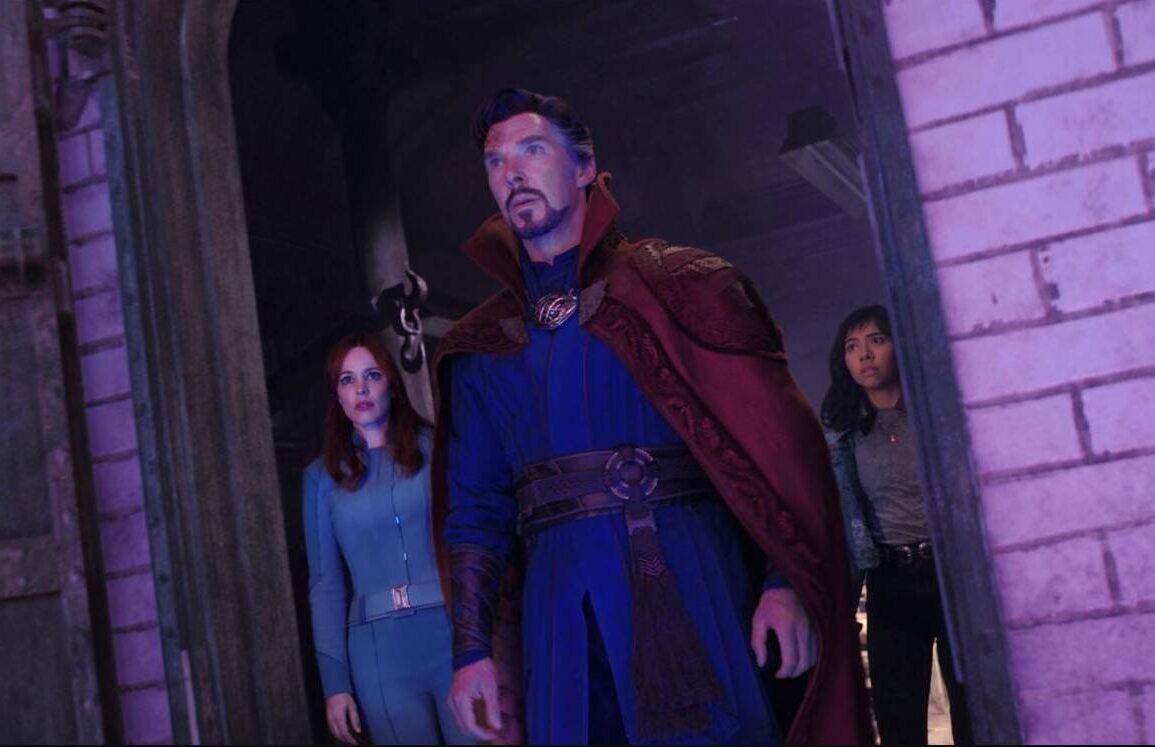 Doctor Strange in the Multiverse of Madness (2022 ) Review

Doctor Strange in the Multiverse of Madness is scary good fun and then some – a must-watch in the MCU that twists the superhero formula and sets the tone for the next set of films to come.

Plot: With the help of both old and new allies, Doctor Strange must travel into the dangerous multiverse in order to stop a terrible threat that looms over all of humanity.

Review: Doctor Strange has been a central figure in phase four of the MCU, and this film really sets the groundwork for the next set of movies to come. Director Sam Raimi subverts the superhero formula by incorporating a hefty amount of twists and horror into the scenes. Much like the multiverse itself, audiences are thrown into what feels like a dark fun house – a place ungraspable, yet we are somehow still drawn to whatever is waiting in the next room.

Benedict Cumberbatch is as phenomenal as ever, truly establishing himself as the next leader in this post-Endgame era. Admittedly, Doctor Strange wasn’t my favorite of the Marvel characters because up until this film it felt like his powers were always insinuated and expected; the Multiverse of Madness shows you exactly why he’s all that on a much deeper level.

In a similar sense, Wanda’s growth continues following the events of Wandavision. Elizabeth Olsen as Scarlet Witch is sensational and simply put, a sight to behold on screen. With every bit of unrelenting power she carries, Scarlet Witch attracts just as much sympathy, if not more, from viewers. Olsen’s presence is unapologetic, emotional, and perhaps my favorite performance in the MCU to date.

It was interesting to see how deep into the multiverse Raimi goes, and while we certainly dive deeper than any of the previous films and shows, it still feels like we’ve only touched the surface. The movie does a great job acknowledging just how scary, confusing (and at times unfathomable) this multiverse concept is by having absolute fun with it.

Without spoilers, we do get quite a few pleasant (and unpleasant) surprises that added to the viewing experience as fans of either Marvel or Raimi –  or both.

Overall, Doctor Strange in the Multiverse of Madness is easily one of the best MCU installments in phase four thus far. The film is integral to the world that Kevin Feige has built, as it establishes purpose and cohesiveness to the famed multiverse that all of the prior movies and shows barely touched upon. Raimi returns to the world of superheroes with a refreshing bang, and I for one cannot wait to see what’s next in store.

Doctor Strange in the Multiverse of Madness will be released in theatres May 6.