A relentless action thriller that has a certain cruel streak to it, Deliver Us From Evil makes Taken look like a “G”-rated Disneyland ride.

A mercenary reluctantly comes back into the fold when he is tasked with finding a little girl before she’s sold off to black market traders for her organs.

World weary and exhausted with killing, a former government agent turned mercenary named In-nam (Jung-min Hwang) is on the verge of going on a permanent vacation to South America when he’s called in for one last job that he has a personal connection to: His ex-girlfriend is found dead, and her daughter has been kidnapped by black market traders who will soon be selling her off to the highest bidder for her organs. In-nam realizes that the little girl could very well be his own daughter that he never knew he had, and so he takes the gig with the utmost urgency, taking him to the streets of Bangkok. Meanwhile, an unhinged Japanese assassin named Ray (Jung-jay Lee) is also hunting for the little girl (for reasons I was never really clear on), and so his path merges with In-nam, who has no idea who the assassin is and why he’s after the child. When they meet, there will be collateral damage on every side, and In-nam will need to do everything he can to stay out of the assassin’s way, but the assassin is not only great at what he does, but he enjoys it too, which means that once he’s got his target in his sights there will be no slack until either of them – or both of them – are dead.

A relentless action thriller that has a certain cruel streak to it, Deliver Us From Evil makes Taken look like a “G”-rated Disneyland ride. The two leads are pretty fantastic, but there’s a moment in the movie where the assassin remarks out loud that he’s forgotten why he’s after In-nam and the kid in the first place, which perfectly described how I was feeling too. I never understood why the killer was after them, and the entire movie is about the pursuit and the killing that happens from points A to B, and so therefore the movie is inherently flawed. It existed purely to keep these two characters running to or away from each other, and the violence is sometimes quite shocking and numbing in the way that The Raid movies showcased. I kind of enjoyed the ride, but when it was over, I felt dissatisfied by the plot. It might make for a good remake in America. From writer / director Won-Chan Hong.

Bonus features on the Well Go USA Blu-ray, which was just released, include a Making-of feature, filming locations, and the trailer. 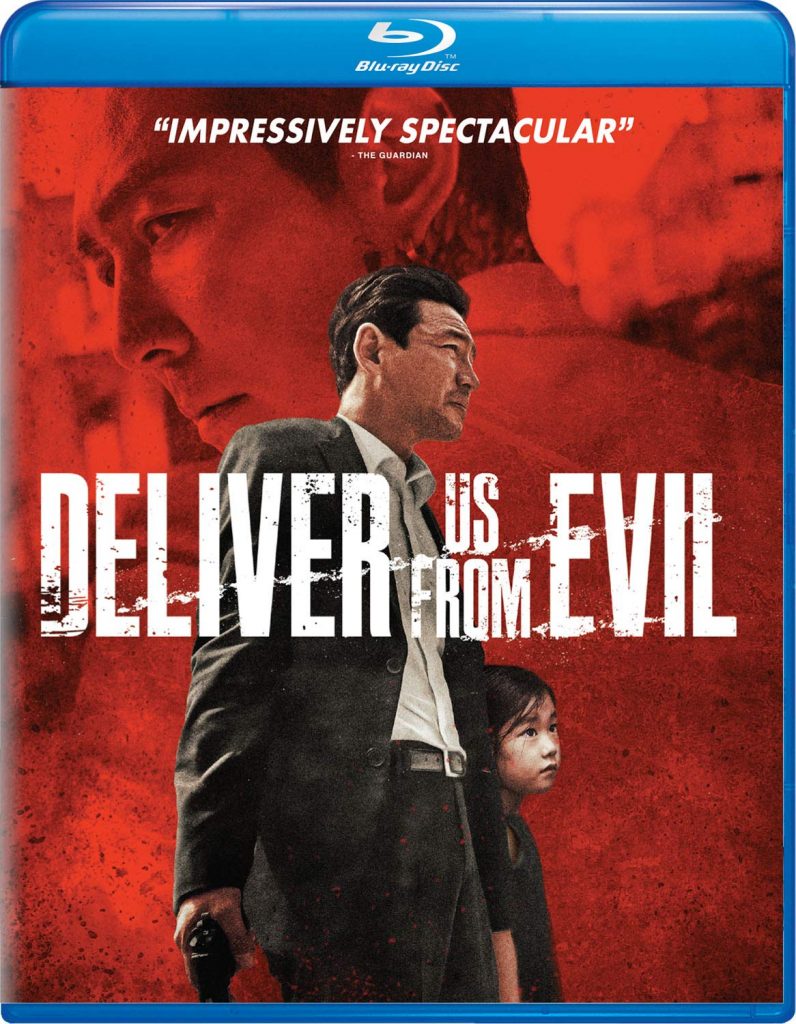