Even with everything against it, the movie is still kind of fun and enjoyable. It’s cheap, goofy, and kind of charming too.

A shark with a malevolent Native American spirit dwelling in it terrorizes a small beach community.

Four kids make a pact with a Native American shaman who warns them that one day they will come face to face with an evil spirit, and he gifts them with an ancient talisman, which they bury in the sand. Years later, the boys are all grown up and living their carefree lives as young men in a quaint coastal community, and lo and behold a shark begins to terrorize the area by chomping down on local townsfolk, starting with a mother, whose son is traumatized after watching his mom get devoured by the beast. The local sheriff and mayor hesitate to announce to the press that a shark is on the loose, and their delay costs the lives of several other folks … including one of the four young men who made that pact years ago. The three remaining buddies band together, unearth the talisman and go to war against the shark, which they assume is possessed by an ancient malevolent spirit, the one the old shaman warned them about all those years back.

An odd little rip-off of Jaws from Italian exploitation master Joe D’Amato under the name “Raf Donato,” Deep Jaws has some hilarious moments in it: some underwater footage meant to take place in the ocean was obviously shot in swimming pools (you can see the tiles!), and some of the dialogue is pretty heavy and hot (“I hate you with all my heart and soul!”). But even with everything against it, the movie is still kind of fun and enjoyable. It’s cheap, goofy, and kind of charming too. If you’re a Jaws rip-off completist, Deep Blood ain’t chum.

Severin is about to uncage Deep Blood onto Blu-ray in a newly restored edition, and while the movie is presented in its original 1:33:1 aspect ratio, it looks crisp and sharp. It also comes with the trailer. 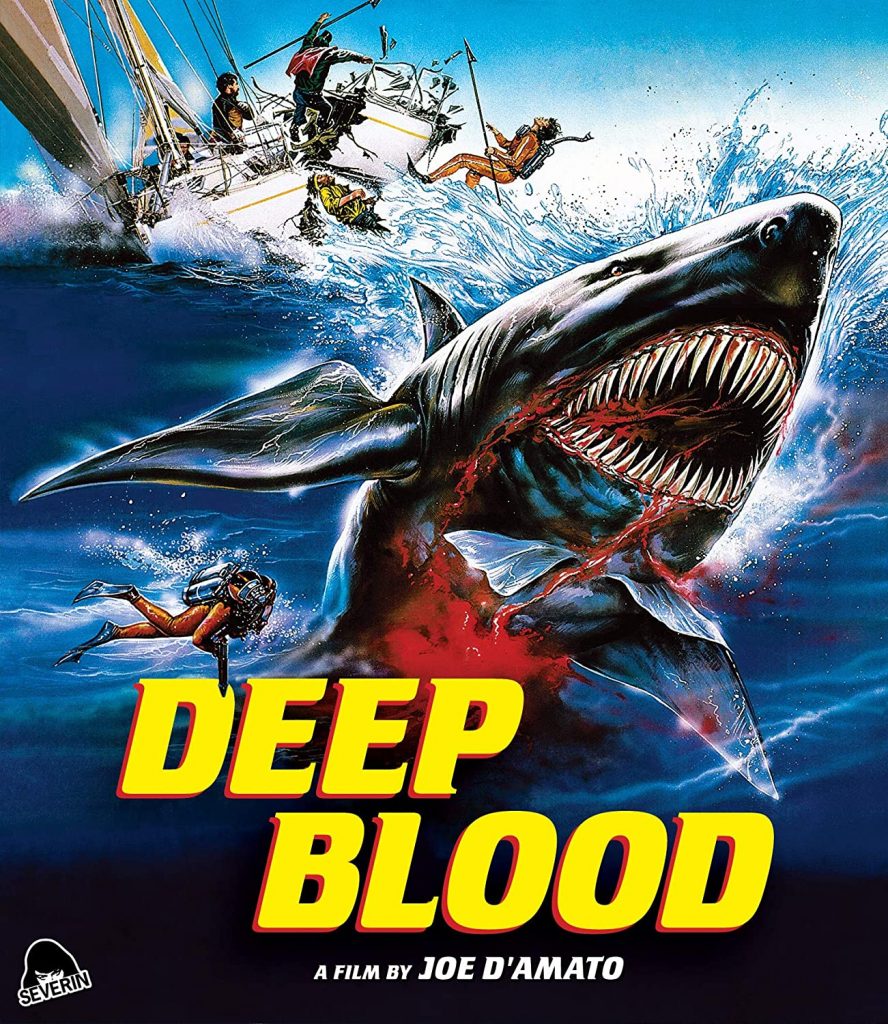