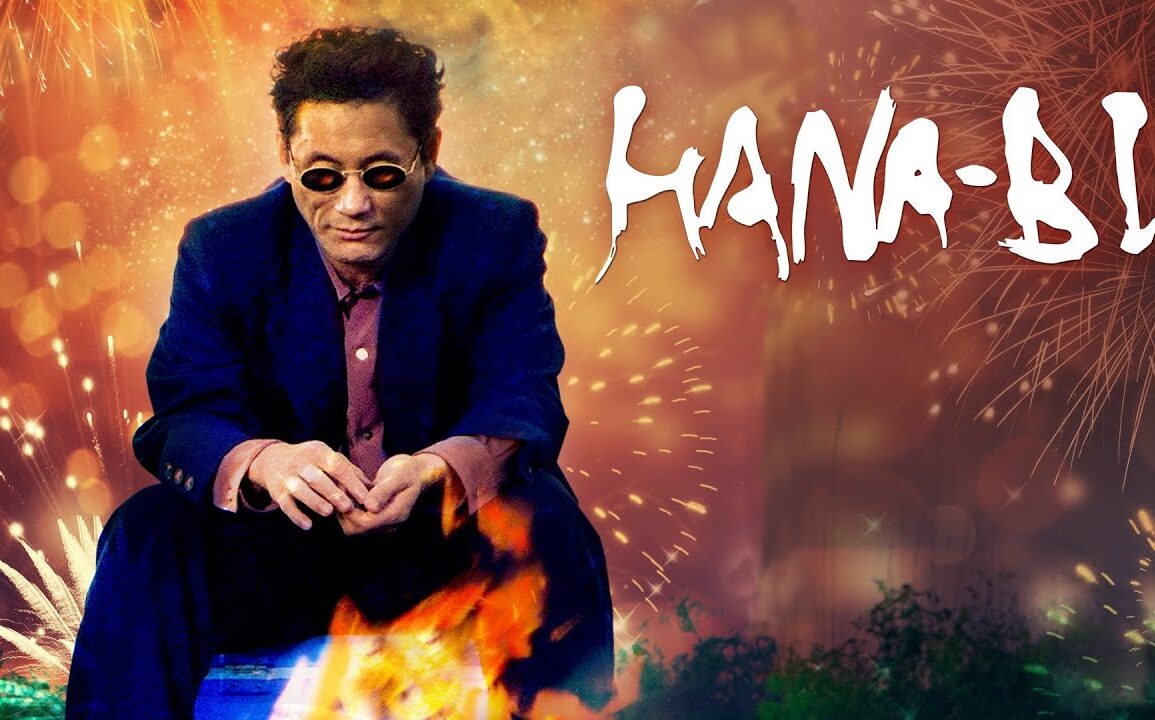 A well-balanced drama with startling bouts of graphic violence, Hana-Bi (“Fireworks”) is yet another solid film from writer / director / star Kitano, who casts himself in a mostly silent, but extremely intense role.

An ex-cop with a debt to the yakuza robs a bank to pay his debt, and goes on the run with his terminally ill wife.

With the weight of the world on his shoulders, ex-detective Nishi (Takeshi Kitano) recently lost his daughter to some kind of illness, and his shell-shocked wife is terminally ill with leukemia. As if that wasn’t enough, Nishi feels personally responsible for his partner on the job being paralyzed by a thug’s attack, and he has a mounting debt to the yakuza for loaning him money to help pay for his wife’s treatments and extended hospital stay. Nishi has become so withdrawn into himself that any excuse to lash out in violence is always bubbling on the surface, and so he conceives a crazy, desperate plan: He will rob a bank in broad daylight while wearing a police uniform and use the money to pay his debt, and use the rest to take his wife on a vacation before she dies. And that’s exactly what he does, except for the inconvenient fact that he is followed by yakuza henchmen who think he owes interest on his debt. While spending priceless time with his dying wife, he also has to deal with the lowlifes who try to take advantage of him, not realizing how on the edge he is.

A well-balanced drama with startling bouts of graphic violence, Hana-Bi (“Fireworks”) is yet another solid film from writer / director / star Kitano, who casts himself in a mostly silent, but extremely intense role. The film is apparently partly based on his own life experience, and you can sense that the movie has an air of authenticity with its very personal touches. Kitano’s screen presence is the entire reason to watch this film, and his acting feels incredibly real. The movie has a downbeat vibe, but there’s a wistful sense of whimsy to it as well.

Hana-Bi was released onto Blu-ray by Film Movement Classics, which seems like the home for Kitano movies on Blu-ray, as they also released his films Violent Cop, Boiling Point, and Outrage Coda. The film looks and sounds good in high definition, and it comes with an audio commentary, a making-of feature, and an insert booklet with an essay about the film. Well worth a purchase. 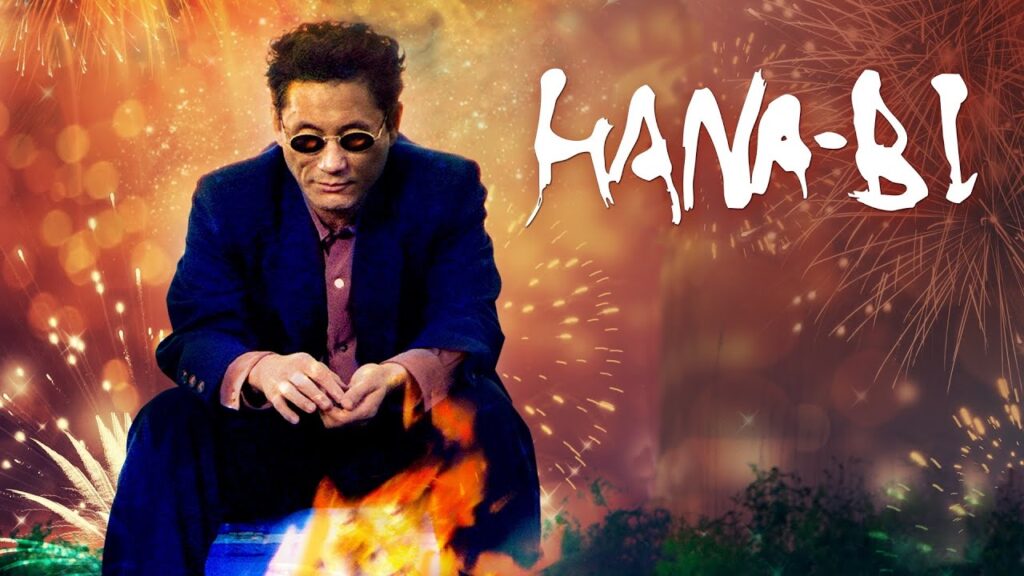