A stylish and quite relentless horror / thriller done in the “B” movie fashion, Death Warmed Up is pretty fun in a no-holds-barred way, with cool camera work, unexpectedly gruesome gore and violence, and an ending that leaves you feeling fairly exhilarated.

Some young people go to a remote New Zealand island for some fun, but they run afoul of a crazy scientist doing experiments on the locals.

A young man named Michael (Michael Hurst, later in Hercules: The Legendary Journeys) is lured by a crazed, controversial scientist running a lab in New Zealand, and he’s given an injection of an experimental drug. Michael, under the influence of the drug, goes home and kills his parents, and it is his father – a colleague of the crazed scientist – who is the target. Michael is incarcerated for the murders of his parents and interred into a mental institution for seven years, and when he’s eventually released back into the world, he struggles to reclaim his life. He and his girlfriend and his buddy and his girlfriend are out one day on a ferry to a remote island for an afternoon of fun when they upset some weird looking punks (one guy has a forehead that looks like it’s about to explode), and after getting into a tussle with these guys, Michael and his friends get going with their day on the island, which is secluded from the rest of the mainland. The centerpiece and hub of the island is a research laboratory run by the very crazed scientist that made Michael kill his parents, but after seven years the scientist’s experiments have gotten more advanced and deadly: He is using the locals for gruesome brain trials that make the subjects raging killers that can withstand great amounts of pain. When Michael and his friends accidentally stumble upon an underground lair on the island where the scientist’s failed experiments are dumped, they become targets for a legion of the scientist’s subjects, who break out of the research facility and take over the entire island, turning it into a virtual insane asylum with no rules … and no mercy.

A stylish and quite relentless horror / thriller done in the “B” movie fashion, Death Warmed Up is pretty fun in a no-holds-barred way, with cool camera work, unexpectedly gruesome gore and violence, and an ending that leaves you feeling fairly exhilarated. Director David Blyth is apparently considered somewhat of a godfather of New Zealand horror films – predating Peter Jackson – and his work here, while a little rough around the edges, is accomplished and assured. It has a punk sensibility, and it feels dangerous, which is always fun for a horror movie to feel because you never know what’s going to happen next.

Severin recently released a Blu-ray edition of Death Warmed Up (it’s on DVD too) and it comes with a bunch of special features, including an audio commentary with Blyth and the co-screenwriter. Also included are on-camera interviews, deleted scenes, a 4×3 “VHS” version, the trailer, and more. The picture quality is up to Severin’s high standards. 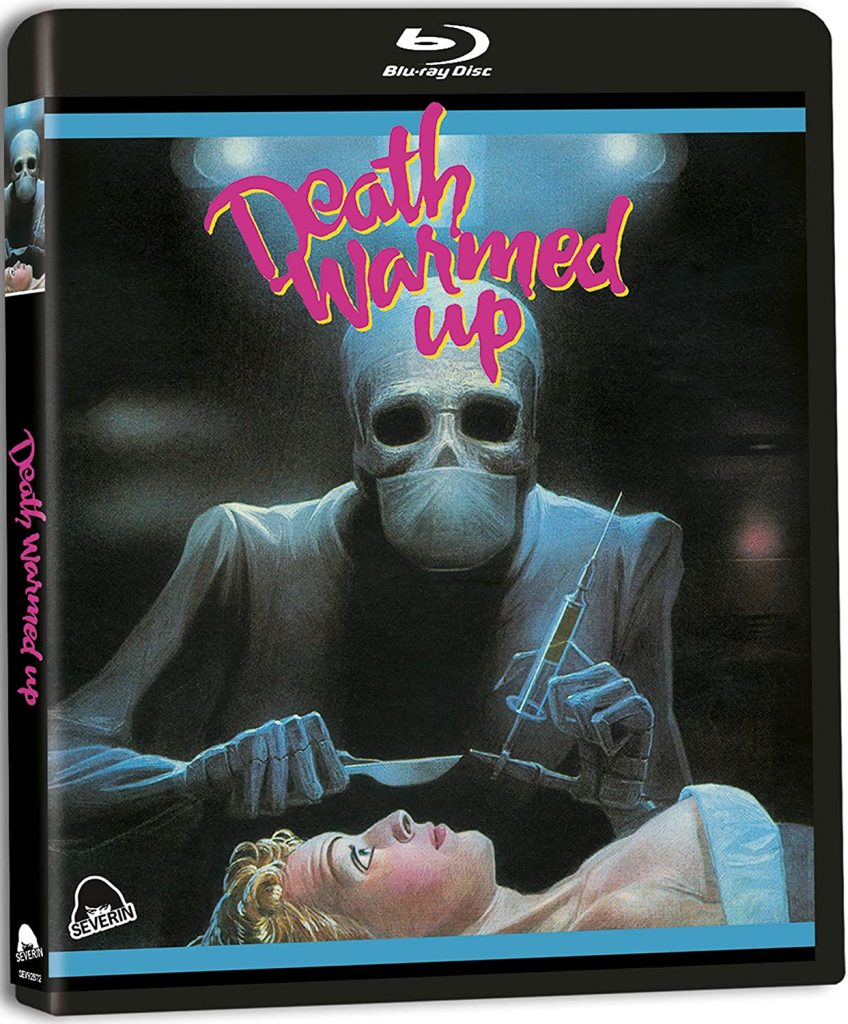 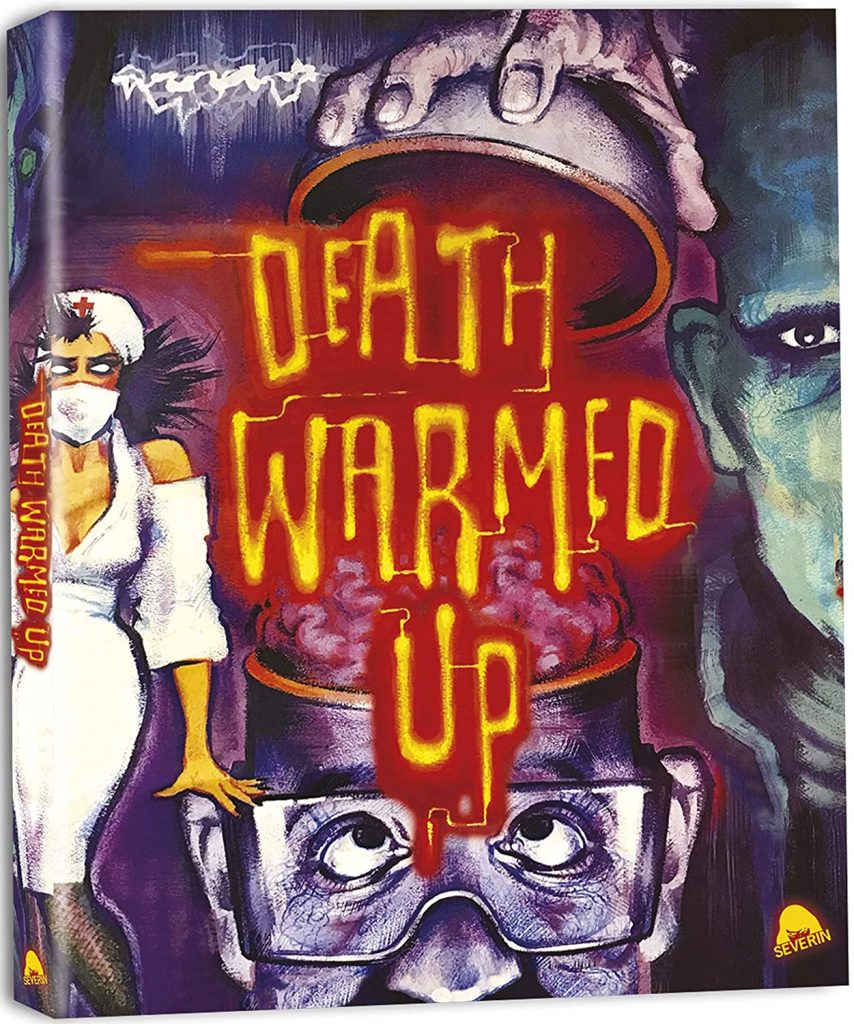