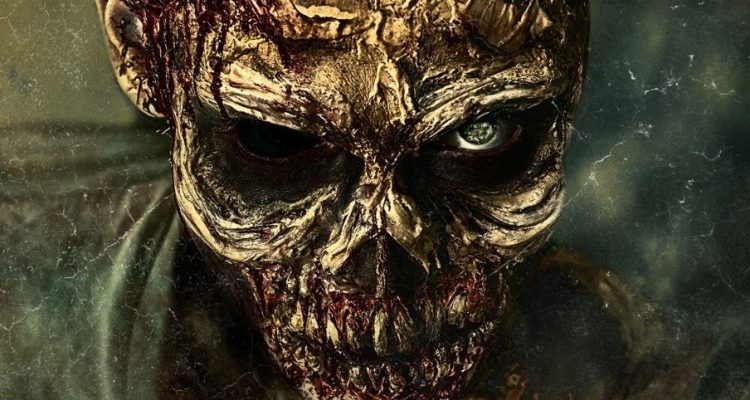 Deadsight is a standard zombie movie with little in the way of plot but it’s elevated by great performances.

Plot: A man with partial blindness and a young pregnant police officer must work together to escape from a deadly virus that has spread across Grey County.

Review: A man (played by Adam Seybold) handcuffed to a rail in an ambulance wakes up with gauze taped around his eyes, not realizing at first that he’s just found himself smack in the middle of a zombie apocalypse. It takes a bit of doing, but he frees himself (mostly) from his bound condition and staggers around the road with the rail still handcuffed to his hand as a walking cane / weapon. By chance he ends up in a house off the side of the road where a very pregnant deputy policewoman (Liv Collins) takes refuge after she finds herself without her car when an infected woman carjacks her, even after being shot. The policewoman – like the blind man – has no clue what sort of world she woke up to, but at least she has a sidearm to protect herself with for a while. When they encounter each other, it’s not exactly relief for either one of them (she sees him as a threat because he’s got handcuffs on), but when fate forces them to trust each other for survival, they quickly learn to rely on each other just to survive the day.

An almost standard-issue zombie apocalypse thriller, Deadsight is differentiated by its central characters, who are very thankfully portrayed by convincing actors who sell their roles. The plot isn’t really there; it’s more of a situation that has varying degrees of threat and menace, and the two characters are put through the motions. The movie doesn’t really go anywhere, and serves as an exercise of giving two characters plenty of zombies to shoot in the head, and little more. It’s mercifully short at just 82 minutes, so it doesn’t have time to be boring. From director Jesse Thomas Cook (Hoarders, Septic Man). 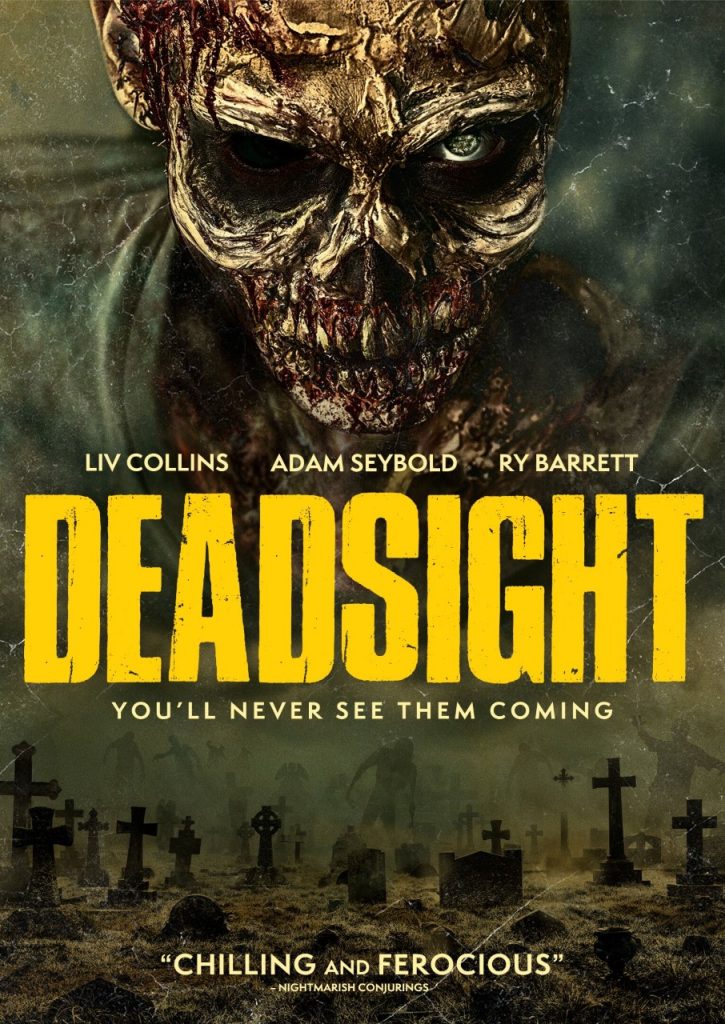