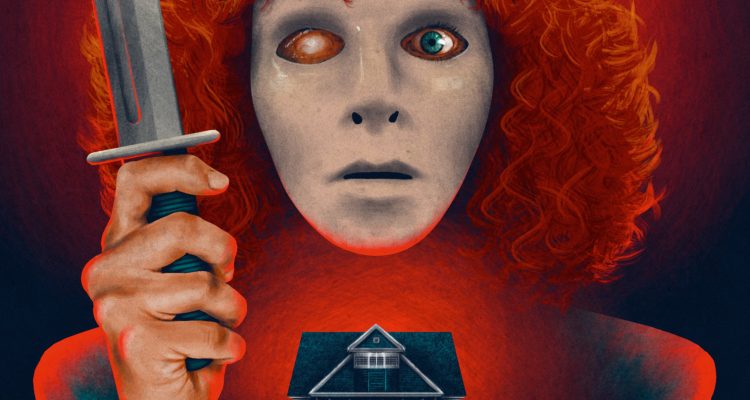 It’s simple, it’s effective (to a point), and it delivers.

Plot: A group of teenagers take refuge in an old, deserted mansion. Soon the members of the group start turning up dead, and the teenagers realize that they’re not alone in the mansion.

Review: On their way to a remote backwoods lake for some fun, some young adults get sidetracked and waylaid when the hitchhiker they pick up tells them that the place they’re going is still several hours out. Since it’s getting dark, they pull off on a woodsy road and find some shelter in what they think is an abandoned house with a strange shrine in the front yard. Having never seen a horror movie before, they all venture into the spacious barn where they find several coffins in the cellar, and eventually manage to get into the house where they get creeped out by the all the weird photographs they find everywhere of the same striking (and sometimes nude) woman. The group splits up, pairing up into couples (there’s the fat guy comedy relief too), and they get picked off one by one by a masked wacko (a woman). One guy has a dream sequence where he has sweaty sex with the woman in the photos, and you’d be surprised who ends up being the “final” character because I certainly was.

Deadly Manor, from Spanish director Jose Ramon Larraz (Edge of the Axe, which also was just released by Arrow), is a pretty standard slasher, but this one is notable for having more sex and nudity than average. I actually started to grow attached to several of the characters, and when my favorites were killed (some quite shockingly), I honestly had no clue which of the characters (if any) would make it to the end. It’s no surprise who the killer is, and the motive is explained as pure insanity / revenge on everyone, but if you’re putting too much thought into it, then maybe you’re watching it for the wrong reasons. It’s simple, it’s effective (to a point), and it delivers.

Arrow’s new 2K restoration of Deadly Manor looks and sounds especially nice, and this would make a great double bill with their previous release of Edge of the Axe. This release comes with a new audio commentary, a newly filmed documentary, an archival interview, plus trailers, promos, and an image gallery, plus the script and a newly commissioned piece of art for the cover. 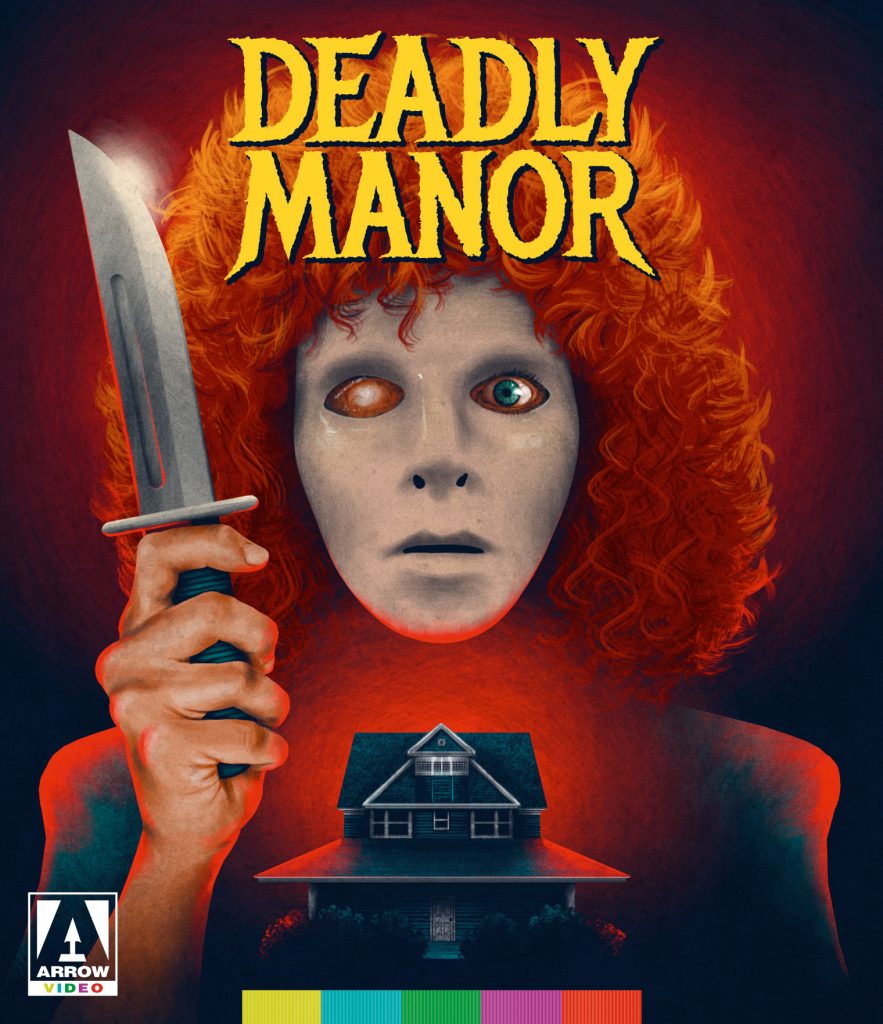