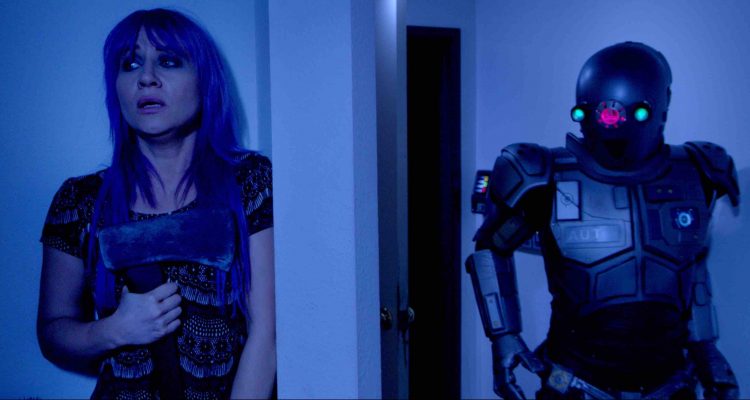 A clever concept that uncomfortably matches Office Space with Robocop, Automation might work best in a plot summary rather than as a fully realized motion picture.

Plot: A workplace robot, AUTO, transforms into a killing machine when he discovers he will be replaced by a more efficient model.

Review: Office politics can be tough, but when a small company in the near future decides to lay off 90% of its staff in favor of installing worker machines based on a military grade weapon, office warfare takes on a new meaning. When the prototype named Auto is installed as a test run, most of the office workers despise it and sense that changes are afoot. Auto, an unusually sensitive robot, learns fairly quickly to adapt to its new environment, and it takes a particular interest in a humble employee named Jenny (Elissa Dowling), an aspiring singer. She works the nightshift and is used to getting along just fine on her own, and so when Auto begins to subtly “crush” on her, she’s flattered, but somewhat befuddled by the machine’s attentions. With the Christmas party looming over the next 24 hours, Auto’s fate is also in question as its creator (played by Parry Shen) pays a visit to the office to shut Auto down permanently to make way for newer, more advanced models. The holiday office party will take an unexpectedly bloody turn when Auto realizes that it will be replaced, turning office warfare into a reality as it becomes clear that if Jenny doesn’t use her strange relationship with Auto to her advantage, then all of her coworkers will find themselves terminated in every sense of the word.

A clever concept that uncomfortably matches Office Space with Robocop, Automation might work best in a plot summary rather than as a fully realized motion picture. I liked aspects of the film, namely the appealing lead, played by Dowling, who bears an uncanny resemblance to Cynthia Rothrock. Watching Dowling in the film and seeing how much she looked like action star Rothrock, I began to think that the filmmakers missed an opportunity to cast Rothrock herself, which would have given the movie an extra (and much needed) shot of action. Automation, from co-writer / director Garo Setian, can’t quite live up to its premise, and it’s not because the movie was poorly written (because that’s not the case), but because the movie never convinced me that the future it’s supposed to be set in was a reality. The robot design is okay, and the acting is satisfactory, and if there’s anything wrong with the film it’s that it never looked good enough. It looks very small, has halfway constructed sets, and the lighting never flatters anybody. Some of the gore is eye-popping, but it could have used more sexy stuff, more action, and certainly more suspense. Auto, as a character, had some nice, ironic lines, but for whatever reason the robot never felt menacing enough. Co-written by genre favorite Rolfe Kanefsky.

The Blu-ray for this title comes with a whole slew of special features, including several audio commentaries, deleted and alternate scenes, bloopers, behind the scenes videos and lots of other material. 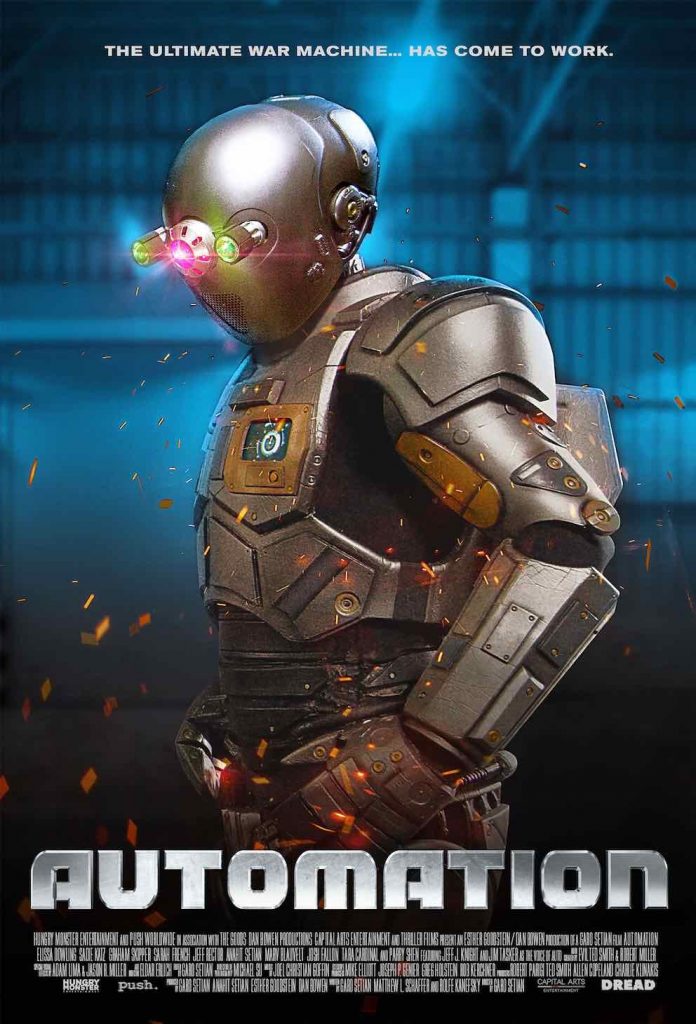