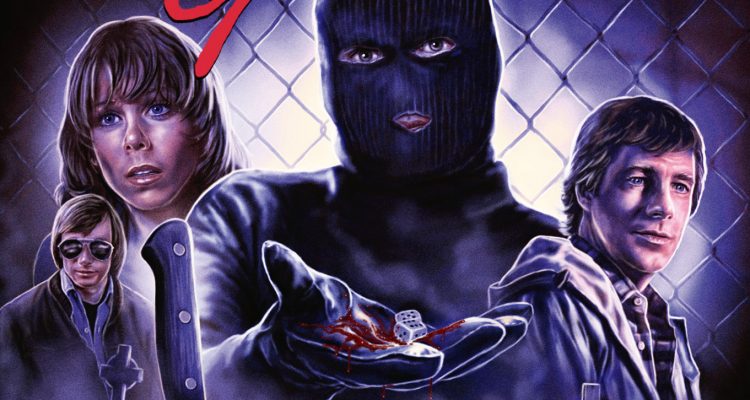 A fairly standard dramatic slasher film with a few genuinely creepy moments in it, Deadly Games is notable for being a decidedly “adult” oriented thriller / mystery rather than yet another clone of Halloween or Friday the 13th. You actually care for some of the characters in the film, and the relationship / love triangle angle in the movie feels correct and relatable.

A masked killer is stalking and murdering women, and two Vietnam veteran buddies – one of who is a cop – become friendly with one of the victim’s sisters, putting her in the crosshairs of the killer.

A woman is enjoying the night breeze in the nude outside of her cliffside house. But she chose the wrong night to cavort naked: A killer is watching her. Sure enough, the killer – face covered in a ski mask with eye slits – makes his way to her, but before he gets to her, she falls to her death and ends up in the scrub brush outside her house by the cliff. Her sister Keegan (Jo Ann Harris) shows up the next day to find police detectives all over the place, and she’s informed that her sister has been killed. It’s not suicide because she fell through a glass window to her death, and the detective on the case is Roger Lane (Sam Groom), a married Vietnam vet, who immediately finds himself attracted to Keegan, and she with him, despite the fact that they’ve met under terrible circumstances. Over the next few days, Roger pursues Keegan even more than he pursues leads on the case, and with more victims being killed (one woman is drowned in a pool in a cool, calculated fashion) Roger becomes overwhelmed with murders. He spends time with his damaged Vietnam vet buddy Billy (Steve Railsback, playing a twitchy oddball), and they pass the time by playing horror-themed board games and watching old black and white horror movies in empty theaters. When Roger’s wife all but throws him out for having affairs, he starts sleeping with Keegan and another woman, but when he invites Billy to hang out with them a few times, the three of them become a friend unit that turns unstable when other women close to Keegan turn up dead, prompting her to fall into Roger’s arms, and not Billy’s. With the killer edging ever closer to these three, the deadly games they play turn even deadlier when the killer’s identity is revealed.

A fairly standard dramatic slasher film with a few genuinely creepy moments in it, Deadly Games is notable for being a decidedly “adult” oriented thriller / mystery rather than yet another clone of Halloween or Friday the 13th. You actually care for some of the characters in the film, and the relationship / love triangle angle in the movie feels correct and relatable. Railsback is good as the spazzy vet who loves scary movies (his scene trying to catch a football in the park is pretty hilarious), and the other players are all well cast. The one aspect of the movie that really came out of nowhere was the final freeze frame shot at the very end of the movie, which tries to pull the rug out from under you, and it really is a pretty bewildering moment that almost undoes the entire movie. Writer / director Scott Mansfield’s work here is admirable, if a little unpolished.

Arrow Video has just released a nicely presented Blu-ray edition of Deadly Games, and this is the film’s debut on disc. Long out of print only on VHS, the film is somewhat of a discovery for horror and slasher fans. It comes with a new audio commentary by slasher experts The Hysteria Continues, plus several interviews, production photos, and a new piece of artwork (with a slipcover), and the original artwork on the opposite side of the sleeve. 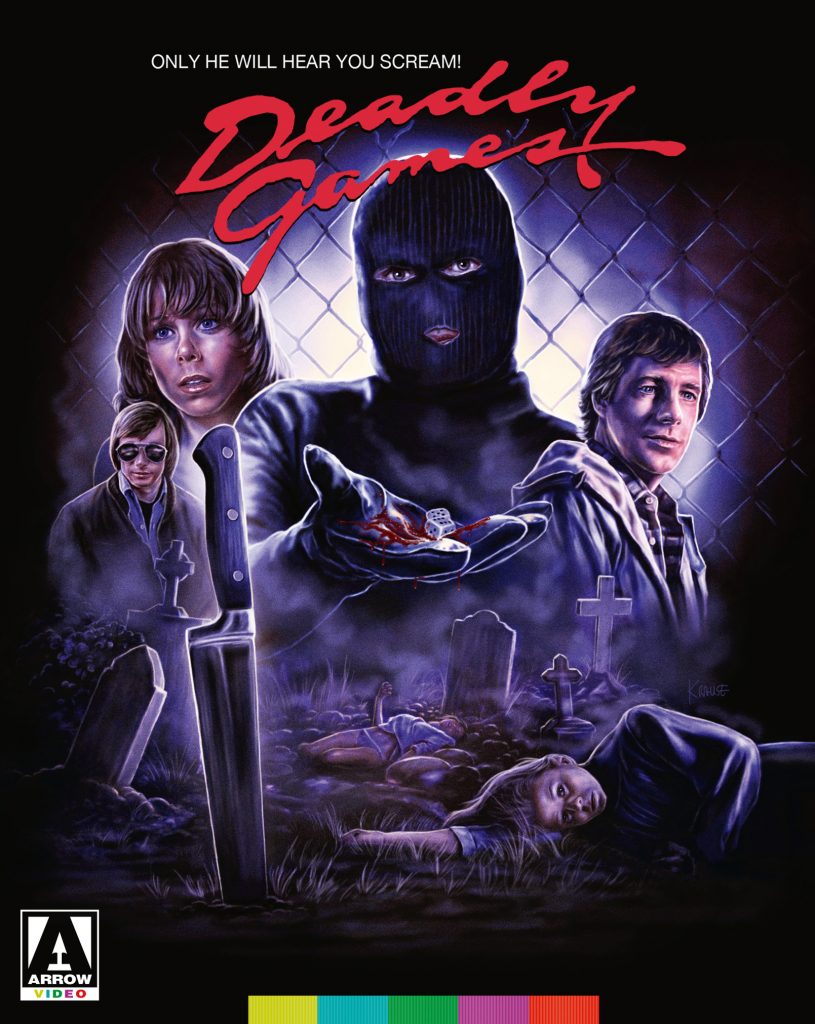