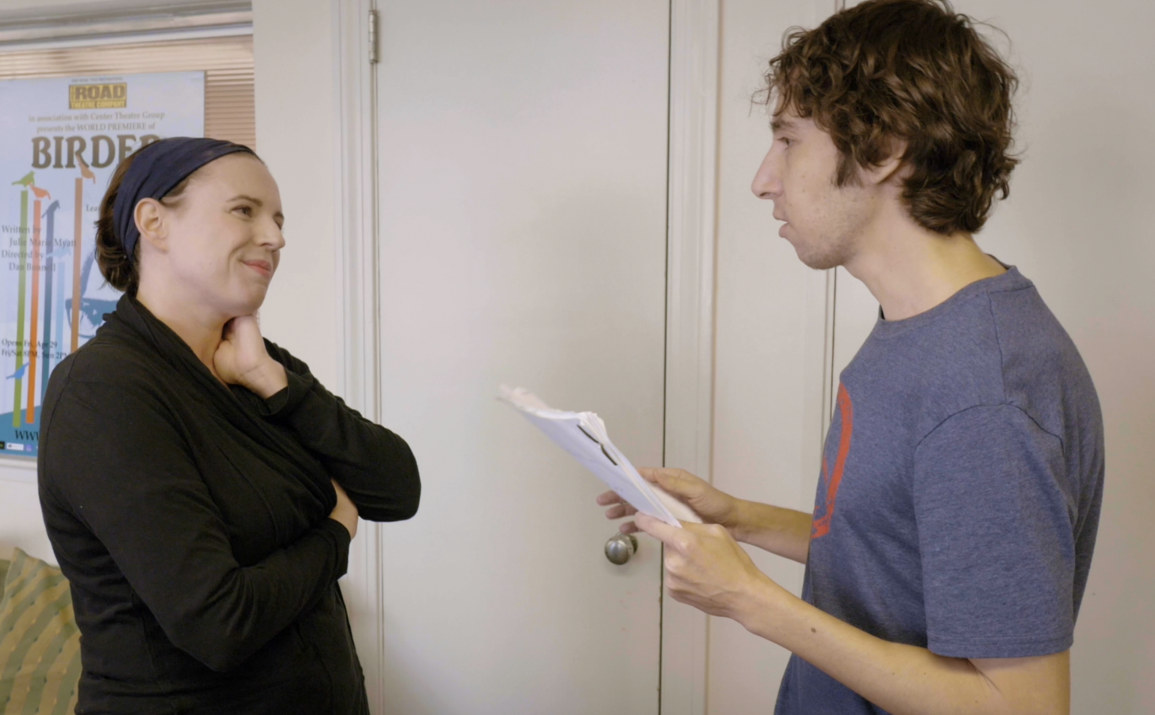 David Meyers is the creator and face of a new online series titled Bloomywood. If you’re a fan of Curb Your Enthusiasm, you’ll dig this expose into the life of a young man trying to break into Hollywood.

Why the entertainment industry? What was it about film that had you jumping through fiery hoops to be a part of it?

I just loved telling stories. When I was a kid, I used to make up stories with action figures, and pieces of paper cut out from story books. I couldn’t stop. I always wanted to be transported to other worlds.

Shakespeare called his actors “players” — and that’s something I want to remind myself of more. If we’re not having fun, then why are we doing this?

Did you find it relatively easy to break in?

I wish it had been easy! I think the reality is that unless you’re extremely talented — or extremely lucky — it’s a very hard slog. But that’s true of everyone.

I just spoke to someone who knew me when I was applying to acting colleges (I did get in to acting school, but left and got a degree in politics).

We were talking about how many people have dropped out since that time; I’d say it’s the vast, vast majority of people. Sometimes when I have a commercial callback in LA, it’s frustrating not to get the part. But then I look around, and realize I’m with literally the 10-20 people who you see most often on TV commercials — that I’m at the top of the field. And lucky to be there.

You have to have a thick skin, if you’re working in the business, I imagine. How do you handle the ups, downs, rejections and disparagement that the game brings?

Some of my favorite advice on this subject came from Mandy Patinkin.

Someone asked him when it was time to give up acting; he explained that it was a business that would always knock you down, and the time to give up is when you can’t get up anymore. And that’s from Mandy Patinkin — it’s hard to think of someone more successful than him. So I think a thick skin is essential.

And in terms of the series, what are your hopes?

Right now, it’s just for everyone to see “Bloomwood” and give it a chance. Our episodes are only 2-3 minutes each.

I’ve literally had 30-40 people who ignored the show at first, and then came back to me and said “you’re right, I’ve seen it, it’s fantastic — I should have watched it before.”

I know Bloomywood is worth people’s time — and I hope they’ll give it a chance!