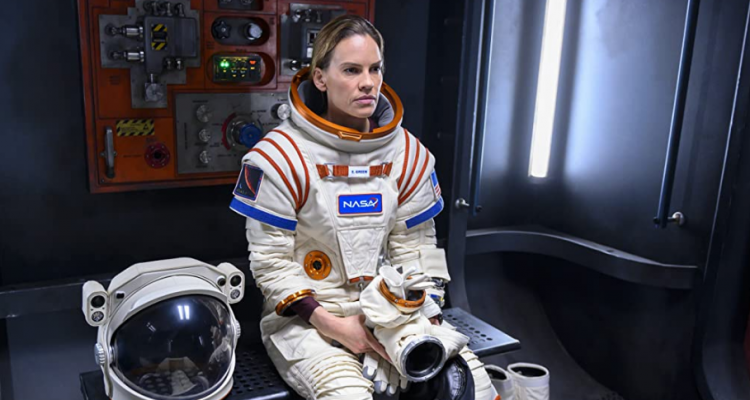 Away is one of the better Netflix series with Hilary Swank proving once again she is a phenomenal talent but the rest of the cast also excel giving us an emotionally charged sci-fi drama.

Plot: An American astronaut struggles with leaving her husband and daughter behind to embark on a dangerous mission with an international space crew.

Review: I’ve been going through a big sci-fi phase recently and Away popped up on Netflix so I thought it looked intriguing. Hilary Swank is one of my favourite actresses as she always feels so natural and Away is another strong role for her; Commander Green is a mother and wife but also an astronaut who goes into space with a crew of four other people from different countries to be the first people on Mars. She is going to be away from her family for 3 years so she is filled with self-doubt and it doesn’t help that her crew always seem to be undermining her.

At first I thought it was going to be an agenda driven story but it never went the predictable route and while certain characters started off as unappealing by the end I was rooting for the whole crew who I had grown to really respect. The acting is first rate from the entire cast and although this isn’t exactly action-packed the writing is sophisticated and feels like it is aimed at a mature audience rather than a younger crowd.

Mark Ivanir plays one of the most challenging characters Misha who at first comes across as arrogant constantly doubting the abilities of Commander Green (Swank) but as the story progresses we find out he has his reasons for being the way he is. Each character gets an episode dedicated to their backstories so even the ice cold Lu (Vivian Wu) who has her own secret that humanizes after coming across as an emotionless robot at first.

Talitha Eliana Bateman nearly steals the series as Lex who not only has to deal with her mother going into space for 3 years but her father having a stroke and losing the power of his legs. She befriends a boy at school called Isaac (Adam Irigoyen) who she sees as kindred spirit as he lost his father and has struggled to cope. He surprisingly takes her to midnight mass and gives the series an underlying spirituality rather than just cold hard science. It’s a show that is filled with emotion and there is a lot of crying in each episode so you’ll be wrung out by the end of it.

At times it pushes credibility with the amount of things that go wrong but it would be rather dull otherwise. If we don’t get a second season that would be fine as I thought the way it ended was perfect.

Overall, Away is a refreshingly adult orientated sci-fi drama that is emotionally charged with memorable characters and an unpredictable story that will keep you engaged for the full 10 episodes.