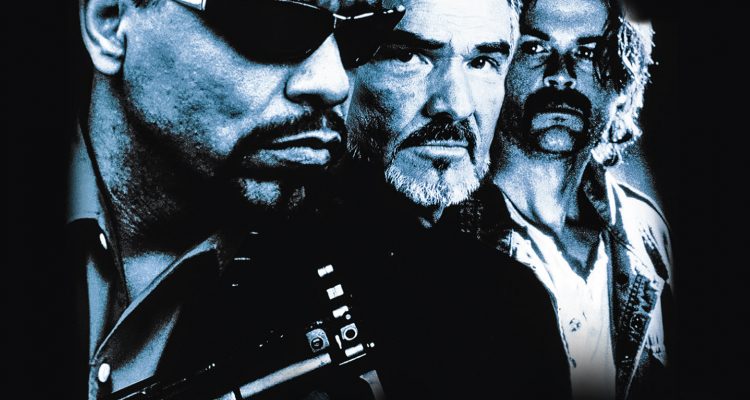 A stylish mishmash of hot air and familiar faces swimming in it, Crazy Six is an interesting relic of the 1990’s when director Albert Pyun was experimenting with his craft, while utilizing famous stars who were at his mercy.

Plot: In a crumbling Europe, powerful mafia families have emerged from the anarchy to vie for control of the lucrative arms trade.

Review: Two rival crime lords – Raul (Ice-T) and Dirty Mao (Mario Van Peebles) – are after complete control of a dilapidated Eastern European block, and neither guy wants to start a war unless he’s sure he’ll walk away alive from the battle. In their periphery is a drug addict renegade rabble-rouser named Crazy Six (Rob Lowe looking strung out), who frequents the same bar the two crime lords drift in and out of. Crazy Six has an on-again-off-again girlfriend in the bar’s lounge singer (Ivana Milicevic), who has also been Dirty Mao’s frequent bedmate, and when Crazy Six aggravates the tension between the two crime lords, bullets finally fly. To complicate the situation is an American detective named Dakota (Burt Reynolds, totally invested in a nothing role) who flies in to get some revenge on the death of his son.

A stylish mishmash of hot air and familiar faces swimming in it, Crazy Six is an interesting relic of the 1990’s when director Albert Pyun was experimenting with his craft, while utilizing famous stars who were at his mercy. The movie makes absolutely no sense and amounts to nothing, but if you’re looking at it purely as a fan of Pyun and wish to study it as part of an ongoing experiment of his craft, it’s a fascinating bridge from his days making Radioactive Dreams and Vicious Lips to his latter period of working with green screen on films like Road to Hell, all films that heavily featured rock music. Crazy Six is very reliant on rock songs and resembles a music video, which begs the question why Pyun never got hired to direct music videos in the MTV era. His longtime collaborator Tony Riparetti handled the music chores here, and the music is obviously the best element of the entire movie. If you try making sense of this movie, you’ll be sorely disappointed.

MVD Marquee recently released Crazy Six onto blu ray, and it’s the first time the movie has ever been made available in the widescreen format (in 2:40:1).