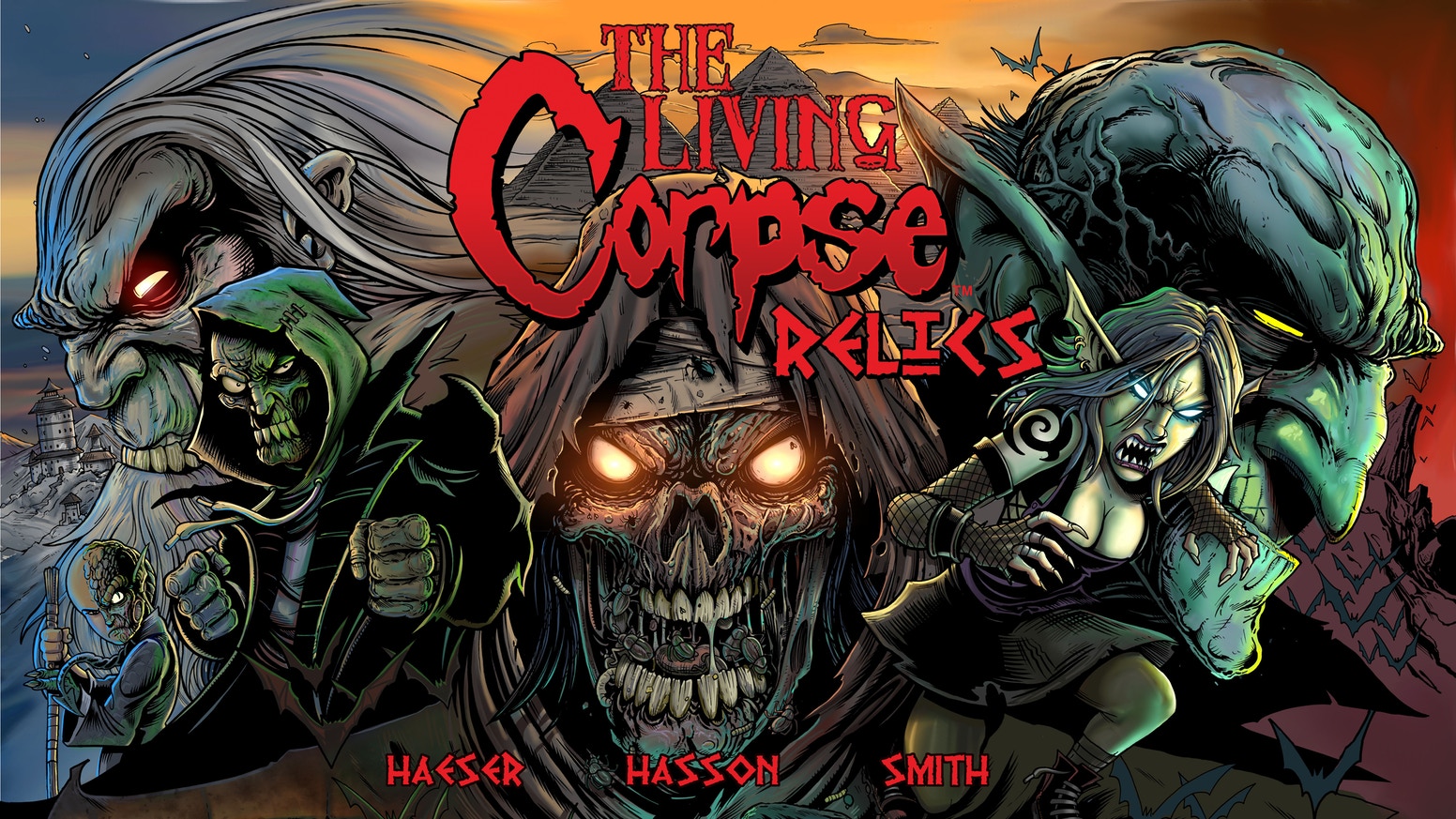 The creative team behind The Living Corpse comics have announced a Kickstarter crowd funding campaign to fund the latest installment of the story!

Sequel to the widely-loved Living Corpse, The Living Corpse: Relics is a 160+ page original graphic novel that contains a brand new Living Corpse story as well as a ton of behind the scenes material. Think scripts, character designs and a ton of great pin-ups from a bunch of kick ass artists!

But there’s one catch, creators Ken Haeser, Buz Hasson and Blair Smith need your help to bring their idea to life!

The team has put together a Kickstarter crowd funding campaign to fund the completion of the book and get it on shelves!

For the month of October, fans will be able to contribute to the making of The Living Corpse: Relics, and score a bunch of great rewards along the way. From your very own copy of the upcoming book, to an entire Living Corpse package, fans can receive a stack of great Living Corpse merch from anywhere across the globe.

Plus, fans can get a free sneak peak at the new book on the Kickstarter page!

Little Dead Rotting Hood did well. How much has its success attributed to the success you’re now finding in other mediums?

Buz: By success I think it’s put us on the map creatively for other projects where directors, producers want to see our take on production designs for posters, character design and concept illustration. We worked on some stuff for a pitch for War of the Worlds that was a real honor to put our touch on such an iconic franchise.

What came first – the film work?

Buz:  I started in film as an FX make-up artist in the late 90’s….always had a passion for the creature designs and  character make ups….but I never left the passion for comics behind; they sort of ran side by side for me even before the current trends in film.

Whether it’s comics/graphic novels or films, you seem to gravitate towards horror. Why do you think that is?

Buz: Horror has a way of drawing you in or repelling you… I think the otherworldly potentials in the narrative are vastly interesting and endless. We try to make our on mould with the Living Corpse….a new way of doing zombies.

Buddy Hutchins would probably lend itself to a fun comic too. Has that ever come up? Maybe a sequel in comic form?

Buz: We did a San Diego comic con exclusive print for that it was a lot of fun I love Jamie as a comedian and an actor….and Jared is a great director. there may have been some talk about it but making comics as cool as it is, is time consuming and has production cost like anything else so if the deal’s right we’re always interested as a crew.

Looks like you prefer working with the same team on each project or is that unintentional?

Buz: No it’s completely intentional… creating this stuff isn’t easy so it’s smoother, precise and more efficient with the same team. Takes a few years to gel that team together.

Buz: Todd Mcfarlane always had a huge impact on me, all the early image stuff and then as I got into learning about comics it was all the classic guys like Jack Kirby, Frank Miller, I like it all. Way too many to name.

What about in regards to this particular one?

The Living Corpse for me was inspired by George Romero and Dan O’Bannon’s zombie films, Tales from the Crypt, Batman, Hellboy, all the awesome dark, monster or antihero comic stuff.

Who is your target audience for it?

Buz: We have a strong fan base from the last ten years of promoting and publishing The Living Corpse but mostly anyone who likes cartoony zombie slapstick action comics. Evil Dead fans, metal heads, anyone attracted to the art really.

Are you finding they’re also the ones that are donating the most via Kickstarter?

Buz: So far yeah all the fans came out of the wood work! its been super cool.