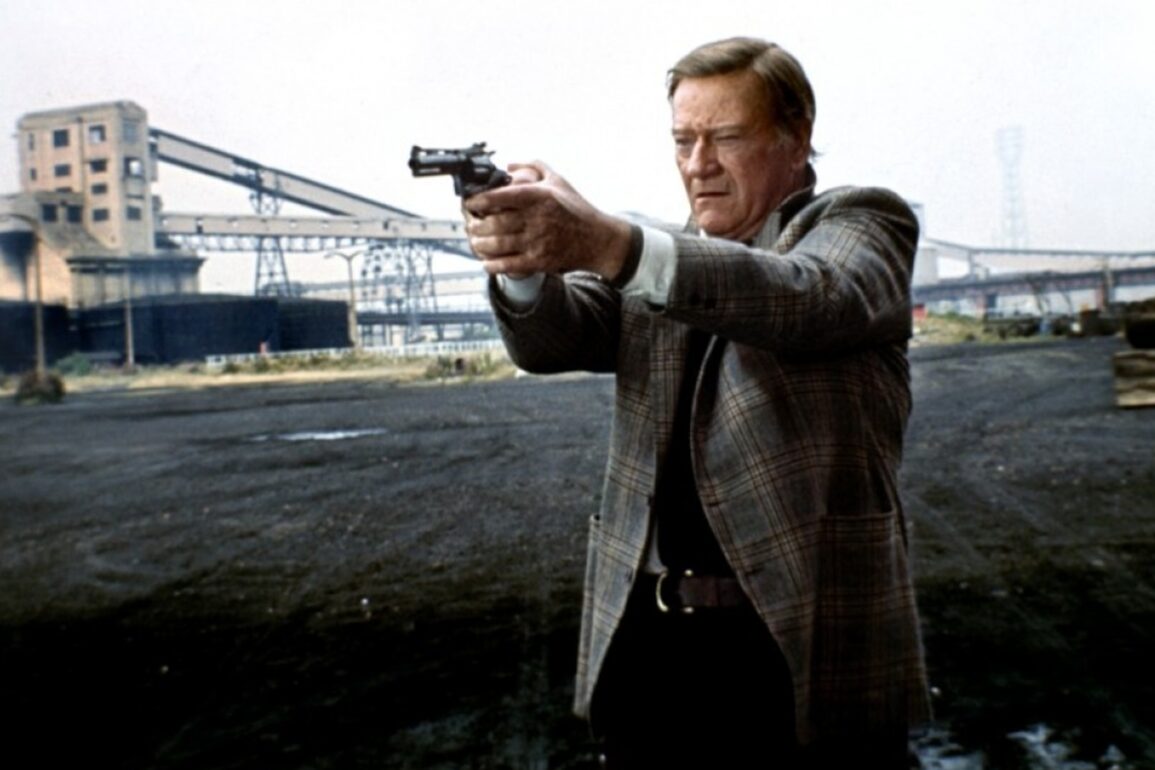 I’ve never been a big Wayne fan myself, but cop movies are always in my comfort zone, so it’s an easy compromise.

Plot: Chicago police lieutenant Jim Brannigan is sent to the UK to escort organized crime boss Ben Larkin back to the USA but Larkin’s hit-men prepare an ambush for Brannigan.

Review: A crime lord (played by John Vernon) skips bail and flees to London, and a dinosaur Chicago cop named Jim Brannigan (John Wayne in his late 60’s) is sent to go get him and bring him back home. Once in London, Brannigan is met with some disdain by Scotland Yard (the boss is played by surly Richard Attenborough), but they let the old Yank keep his sidearm despite their misgivings about it. As soon as he gets there, the crime lord is kidnapped and held for ransom by some opportunistic thugs, and so Brannigan and Scotland Yard have to follow the clues and find out who’s holding the man hostage, but the only difference is that Brannigan doesn’t ask nicely! He becomes a bulldozer through London, commandeering cars from citizens and going on road rage chases through the city, shooting up would-be assassins, and pontificating with his American drawl in a way that’s unmistakably his own. London will never be the same for it!

One of The Duke’s final films (he only made two more), Brannigan has its moments, and if you’re a fan of Wayne’s, then you’ll appreciate it more than other viewers. After Wayne’s previous film McQ, this was pretty much his attempt at doing Dirty Harry, and while it more or less accomplishes what it sets out to do, it’s still pretty stiff and has some momentum issues. I’ve never been a big Wayne fan myself, but cop movies are always in my comfort zone, so it’s an easy compromise. The brassy score by Dominic Frontiere highlights the era, and director Douglas Hickox gives the film some cool stylistic flourishes.

Kino Lorber’s new Blu-ray of Brannigan presents the film in a nice HD transfer. Previously released on Blu-ray from Twilight Time, the film is back in high definition, and it looks and sounds more than satisfactory. A sprightly audio commentary by Steve Mitchell, the director King Cohen is informative and fun. Also includes the theatrical trailer.