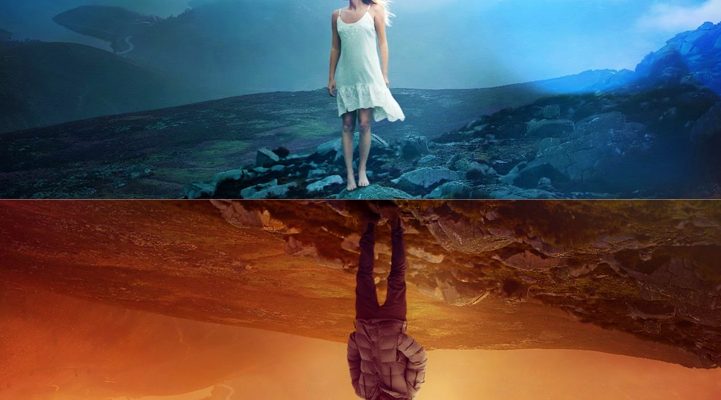 Bokeh had potential but is let down by a frustrating ending and any real depth.

Plot: On a romantic getaway to Iceland, a young American couple wake up one morning to discover every person on earth has disappeared. Their struggle to survive and to reconcile the mysterious event leads them to reconsider everything they know about themselves and the world.

Review: The apocalypse is upon young couple Jenai (Maika Monroe) and Riley (Matt O’Leary), who have no idea that their little weeklong trip to Iceland will be their one-way ticket to isolation. After just a day or two of being tourists, they wake up in their bed and breakfast hotel and venture outside, only to find that every living soul has disappeared. Vanished. At first, they panic. They scream and shout for anyone to answer them, but the fear turns to acceptance as they realize that they’re the last people on Earth … or at the very least, in Iceland. They get the lay of the land by travelling around by car, and they collect resources to survive, and it almost seems as if the world was meant to be inhabited by just these two, but like all honeymoons, their comfort and free reign gives way to profound sadness, loneliness, and desperation. They can’t go back home, they can only inhabit their new beautiful hell. By happenstance, they find another survivor, but after just one night of discussions and philosophical musings, their new friend dies, leaving Jenai and Riley alone again, more despondent than ever. How will these two survive each other and their exceedingly unusual predicament?

Filmed entirely on location in Iceland, which seems simply gorgeous, Bokeh builds towards a revelation that never comes, which is truly a shame because the movie looks so good. What we get instead is a protracted play on doom without the metaphysics of The Quiet Earth or the levity of Night of the Comet. It’s an unfortunate thing; this could have been great. We never quite find out how or why (or even if at all) these characters were chosen to live out the end of days and begin it anew, and the dénouement is just quietly frustrating and cold. Fans of last people on earth movies should check it out, but it might also appeal to other demographics that aren’t necessarily into post-apocalyptic films. It was written and directed by Geoffrrey Orthwein and Andrew Sullivan.