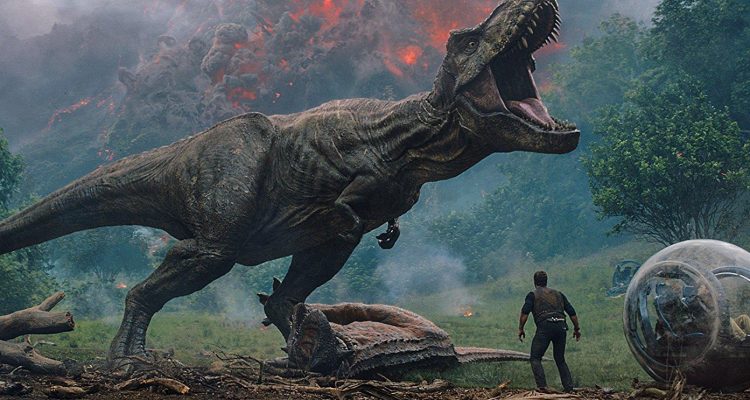 Check out the details below:

SYNOPSIS: Owen (Pratt) and Claire (Howard) return to Isla Nublar three years after the destruction of the Jurassic World theme park to rescue any remaining dinosaurs on the island from a catastrophic volcano that threatens to leave dinosaurs extinct once again. Owen is driven to save his lead raptor, Blue, while Claire makes it her mission to preserve the creatures that she has grown to deeply respect. When the lava begins to rain down, they soon discover terrifying new breeds of ferocious dinosaurs along with a conspiracy that could threaten the entire world. Joined by co-stars James Cromwell (Babe, The Green Mile) as wealthy entrepreneur Benjamin Lockwood, Dr. John Hammond’s partner in creating Jurassic Park, as well as Justice Smith (The Get Down) and Daniella Pineda (The Detour) as Franklin Webb and Zia Rodriguez, members of Claire’s Dinosaur Protection Group; this brilliant cast brings an extraordinary story to life as chaos erupts when Owen, Claire, and their team discover a most deadly endgame that could bring the planet back to prehistoric times.

The KINGDOM Evolves – Filmmakers discuss how the second chapter in the Jurassic World trilogy pushes the franchise in a new direction.

Return to Hawaii – Cast and crew discuss shooting the film in Hawaii.

Island Action – A behind-the-scenes look at the bunker scene and runaway gyrosphere sequence.

Aboard the Arcadia – Cast and crew discuss working with the animatronic dinosaurs.

Start the Bidding! – A behind-the-scenes look at the auction scene.

On Set with Chris & Bryce – Go behind the scenes with Chris Pratt and Bryce Dallas Howard.

Death by Dino – Go behind the scenes as the Indoraptor faces off with a key character.

Monster in a Mansion – Director J.A. Bayona discusses how Jurassic Park and Dracula (1979) influenced his approach to directing the monster in a mansion scene.

Rooftop Showdown – A look at the terrifying showdown on the rooftop of the Lockwood Mansion.

Malcolm’s Return – Behind the scenes with the one & only Jeff Goldblum.

VFX Evolved – The team at ILM discuss their cutting-edge approach to creating dinosaurs.

FALLEN KINGDOM: The Conversation – Filmmakers and cast sit down for a candid and casual conversation about Jurassic World: Fallen Kingdom.

A Song for the KINGDOM – Justice Smith sings for the cast and crew of Jurassic World: Fallen Kingdom.

JURASSIC Then and Now – Presented by Barbasol® – Key moments from the Jurassic saga that tie into Jurassic World: Fallen Kingdom. 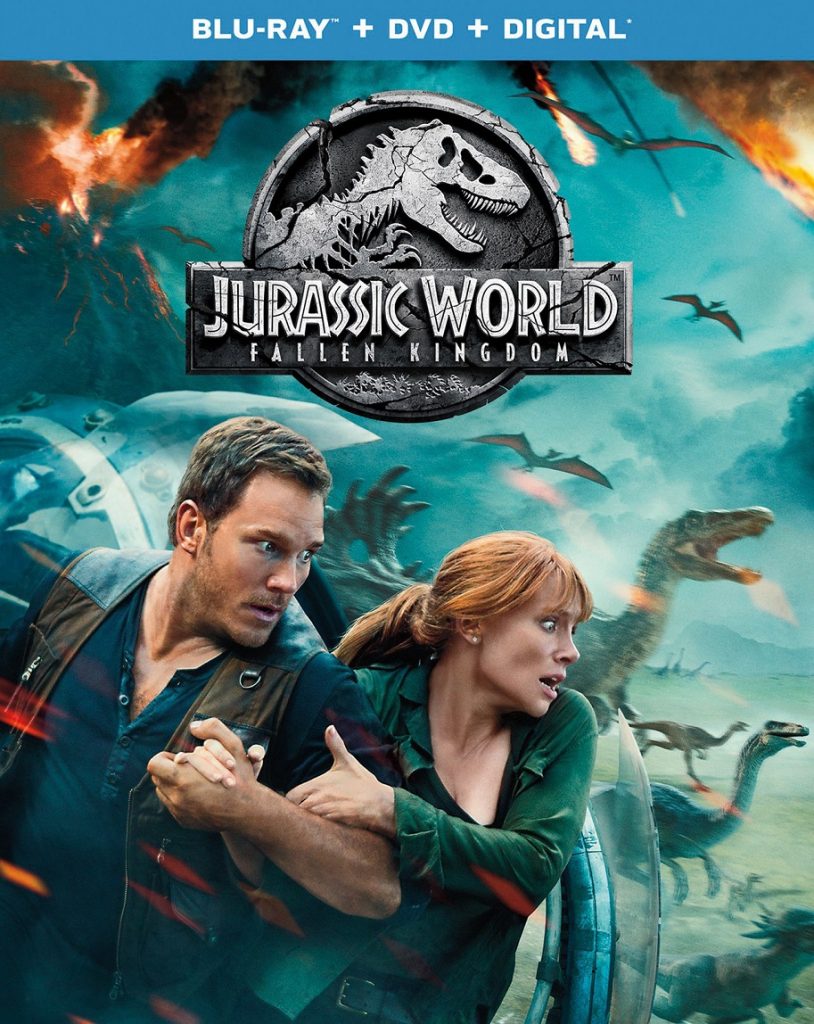