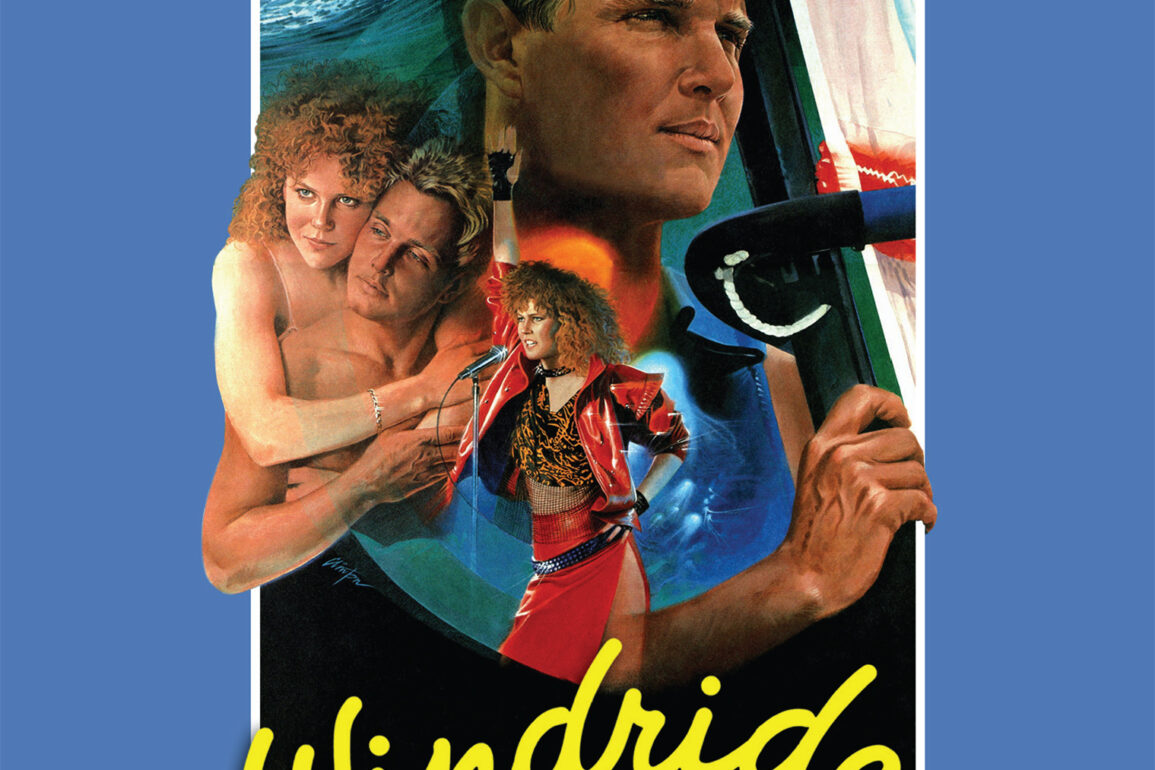 An Australian lark of a film, Windrider is a bubblegum sex, sandals, and beach movie with some nice visuals, but little else to recommend it.

Plot: PC Simpson is an enthusiastic surfer. With the help of his father’s company’s engineer Howard he develops a high tech surfboard for the coming world surf championship. But then he falls in love with the singer Jade – and sport, friends and championship become secondary…

Review: Happy and supremely self-confident bachelor PC (Tom Burlinson) has his life all figured out: He windsurfs every morning, working on and perfecting a new prototype wind sail for his surfboard, and by day he’s an ad man, working for his father’s company. By night, he prowls around for sex in nightclubs, and when he meets burgeoning pop singer Jade (Nicole Kidman who has a few eye-popping nude scenes), his world spirals out of control as he insinuates himself into her life, even though she wants nothing to do with him … at first. Apparently his can-do, can’t lose approach works on her (he stalks her and bamboozles her into a date), and they have a whirlwind love affair that soon turns volatile because he blames her for his lack of focus and poor job performance. What a guy. Despite how he treats her, she shows up for his big surf competition, which he wins with flying colors. Frankly, he didn’t deserve it.

An Australian lark of a film, Windrider is a bubblegum sex, sandals, and beach movie with some nice visuals, but little else to recommend it. Burlinson’s character is such a prick that it’s difficult to root for him in any capacity. He’s an unlikable jackass. Kidman’s character is fairly unlikable as well, but it’s interesting to see her in an early role before she starred in Dead Calm. The movie doesn’t make much of an impression and has a genuine pulpy, dime novel approach to romance. For its time, it might have been appealing. Today, it feels hollow. From director Vincent Monton.

MVD Rewind has just released a nice looking, loaded special edition of this title, complete with commentaries, and bonus features, and even a fold out poster. Hardcore collectors may way to venture out and purchase this one.