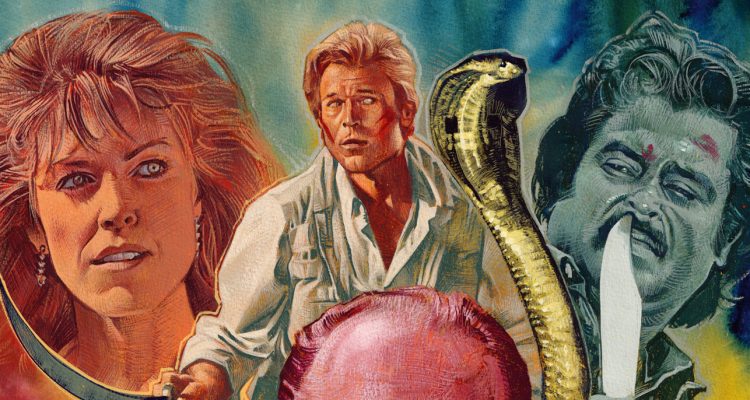 I’ve seen this movie a few times over the years, and it has gotten better with time, but it’s still a big step down from Romancing the Stone and The Jewel of the Nile, both of which seem to be the most clear inspirations for this film.

A man of action who can fight with the best of them and a cab driver who would give the Transporter a run for his money, pair up to save a young girl from the clutches of an evil criminal magnate in the exciting adventure thrill-ride Bloodstone!

In ancient India, a Maharaja’s daughter dies young, and a ceremonial cremation ensues, involving some kind of cursed ruby about the size of a papaya. Over the generations, the ruby – called the Bloodstone – is stolen, lost, and found, and in the present day a thief procures it, setting the course for a grand adventure involving other thieves, tigers, cobras, bridges over great chasms, and high flying antics from heroic American textile agents posing as tourists. A newlywed couple on a business trip to India takes a detour for some honeymooning, and the thief who stole the Bloodstone slips the jewel into their luggage so that he can avoid the customs agents on his trail, and the couple – policeman Sandy (Brett Stimely dubbed by someone else) and Stephanie (Anna Nicholas) – now have the stone, but don’t realize it. The stone slips out of their luggage and winds up in the trunk of a rapscallion taxi driver named Shyam (Rajinikanth, a superstar in his home country) who finds the ruby and thinks a great fortune has fallen into his lap, until he realizes that cutthroat killers are now after him. A nefarious collector of antiquities (played by Christopher Neame) has everyone on his payroll, and when he thinks that the American couple have the stone, he has Stephanie kidnapped, which prompts Sandy to play the hero to snatch her back. Sandy and Shyam team up and break into the palace where Stephanie is being held in a harem, throwing themselves head first into a rollicking adventure.

Clearly inspired by the Indiana Jones pictures and Romancing the Stone, Bloodstone is more of an exploitation film than a complete original, although it has a few inspired touches, like casting Rajinikanth, who was the second highest paid star in Asia at the time, second only to Jackie Chan. The movie has an odd pace and too-silly interludes, most of them involving the Inspector Clouseau-styled customs agent, and for whatever reason the movie never quite catches fire the way it should. I’ve seen this movie a few times over the years, and it has gotten better with time, but it’s still a big step down from Romancing the Stone and The Jewel of the Nile, both of which seem to be the most clear inspirations for this film. Dwight Little, who would go on to direct major action films like Marked for Death and Rapid Fire directed it, while Greek exploitation filmmaker Nico Mastorakis co-wrote it.

Arrow Video’s new blu ray of Bloodstone is presented in nice high definition, and it looks and sounds better than my DVD of the film. There are two new audio commentaries, including one by Little. There are some other bonus features, including some interviews, an image gallery, trailers, and even new artwork for the sleeve, as well as an insert booklet with a new essay about the making of the film. 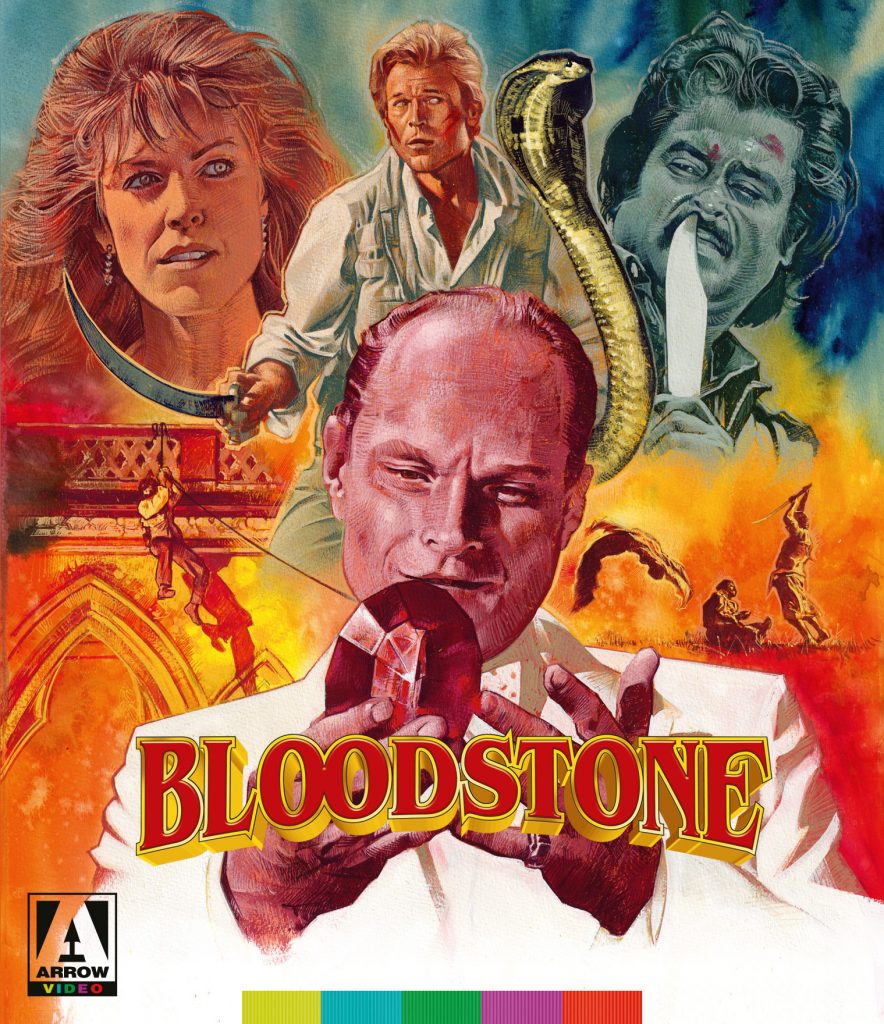