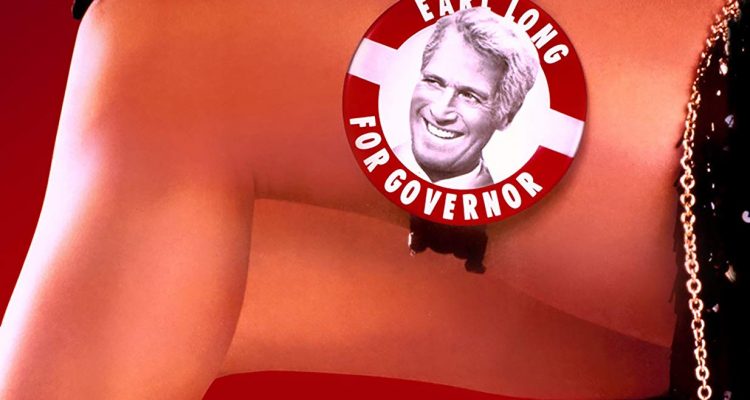 The film has aged remarkably well thanks to pitch perfect performances, sharp writing (by Rob Shelton, the film’s director), and a great sense of time and place.

Plot: A middle-aged Louisiana governor falls in love with a young stripper, which jeopardizes his political career and the radical policies which have made him a controversial figure.

Review: In the heart of Louisiana in the 1950’s, two worlds collide: Carousing, brash and highly progressive governor Earl K. Long (Paul Newman) walks into a strip joint and instantly falls head over heels in lust with the foxy redhead Blaze Starr (Lolita Davidovich), who is just finding her legs as a stage performer after leaving home in the bayou to find her way. It’s kismet. Starr quickly learns to love old Earl, who takes her along on his next election campaign, which doesn’t go over too well in the press, but he doesn’t care. His view on segregation (he’s against it) and getting blacks the right to vote (he’s for it) are frowned upon by his peers and by the white majority, and when he doesn’t play ball, his own party hoodwinks him and has him sent to a sanitarium, but Starr comes to his rescue and helps him turn the tables and get back on his feet. He loses the election, but Starr spearheads his comeback.

A right and rowdy dramatic comedy, Blaze has grown on me over the years. I remember seeing it close to twenty years ago and finding it dull, but a fresh viewing showed that the film has aged remarkably well thanks to pitch perfect performances, sharp writing (by Rob Shelton, the film’s director), and a great sense of time and place. The movie works really nicely, and might very well have one of Newman’s best performances. Davidovich steals the show, though, in a smart and sexy performance.

Kino Lorber’s new Blu-ray of Blaze gives the film a really sweet upgrade in high definition. A previous blu ray (which also had Billy Bathgate on the same disc) from Echo Bridge didn’t look this clean, and Kino’s new release also contains a new audio commentary by Ron Shelton, as well as the original theatrical trailer.