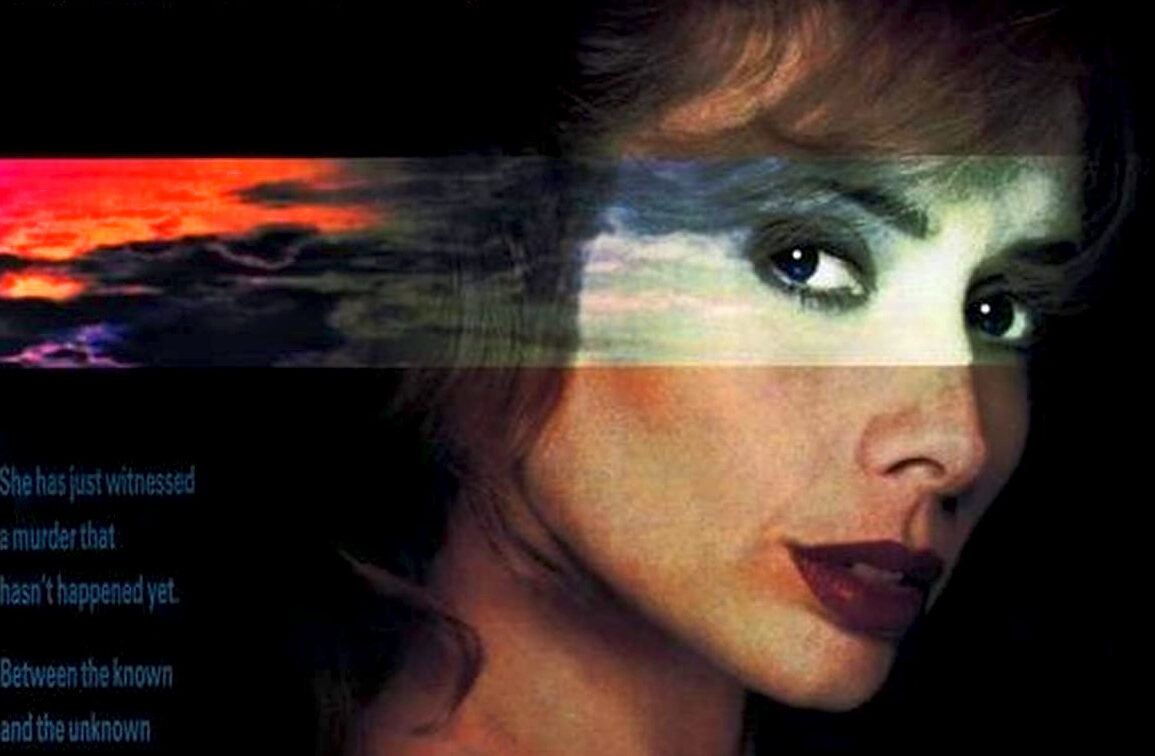 It’s not really a horror movie, but more along the lines of a strange, but arresting Stephen King story, and the sense of place is so strong that it feels real.

A supernatural chiller as a meditation on the human race’s ability to destroy the world, a gothic tale of suspense and the occult, guaranteed to send shivers down your spine.

Martha Travis (Rosanna Arquette) and her alcoholic father (Jason Robards) travel around the United States Bible Belt, stopping every few days in another small town somewhere and book a theater where they put on a show where Martha portrays herself as a spirit medium to the masses. They’ve got the shtick down to a science: Martha knows exactly how to read the room, and her father helps her filter out any difficulties with the audience. But Martha isn’t a quack even though her father insists she is; she’s a true medium, just like her mother was, and her abilities to see through to the world of the dead becomes more intense as her placement of time becomes skewed and she begins to see and communicate with people in the spirit world days before they die. One evening in front of a crowd she communicates with a woman’s dead husband, but the woman insists her husband is at home, alive, but when the woman goes home, the man is alive for a few minutes until an assassin murders him through the window. Suddenly, Martha’s at the center of a media investigation, and the assassin’s employer takes out a contract on her life because she likely knows who did it. A young reporter (played by Tom Hulce) begins following Martha and her father around, asking questions and finding himself attracted to the elusive and mysterious Martha, who has a haunted quality to her. In the next town, Martha makes another series of announcements to her audience, naming a slew of men who will be killed, and her prophecy comes true the next day when a factory explosion claims the lives of a bunch of men. This is the moment when Martha’s father realizes that they’re messing around with matters way beyond his understanding, and there is now way to turn back time now that Martha’s in deep with dark spiritual matters.

From writer / director Mike Hodges, Black Rainbow was unfairly dumped to cable in 1989, and I remember the VHS back in the day, but I only vaguely recall watching it decades ago, so watching it for this review was a revelation. Shot in and around small towns in the Bible Belt of America, it has a deep resonance that’s hard to shake, and Arquette gives an incredibly strong and haunting performance as a woman forced into a life she never asked for or wanted, but once she taps into the beyond, she’s stuck in it for life. It’s not really a horror movie, but more along the lines of a strange, but arresting Stephen King story, and the sense of place is so strong that it feels real. Black Rainbow is vividly directed and shot, and a subtle score by John Scott underscores some real raw emotion.

Arrow Video’s welcome Blu-ray release of Black Rainbow is presented in a new restoration, as well as two audio commentaries, some archival features, such as an interview with Hodges, and a making-of feature. 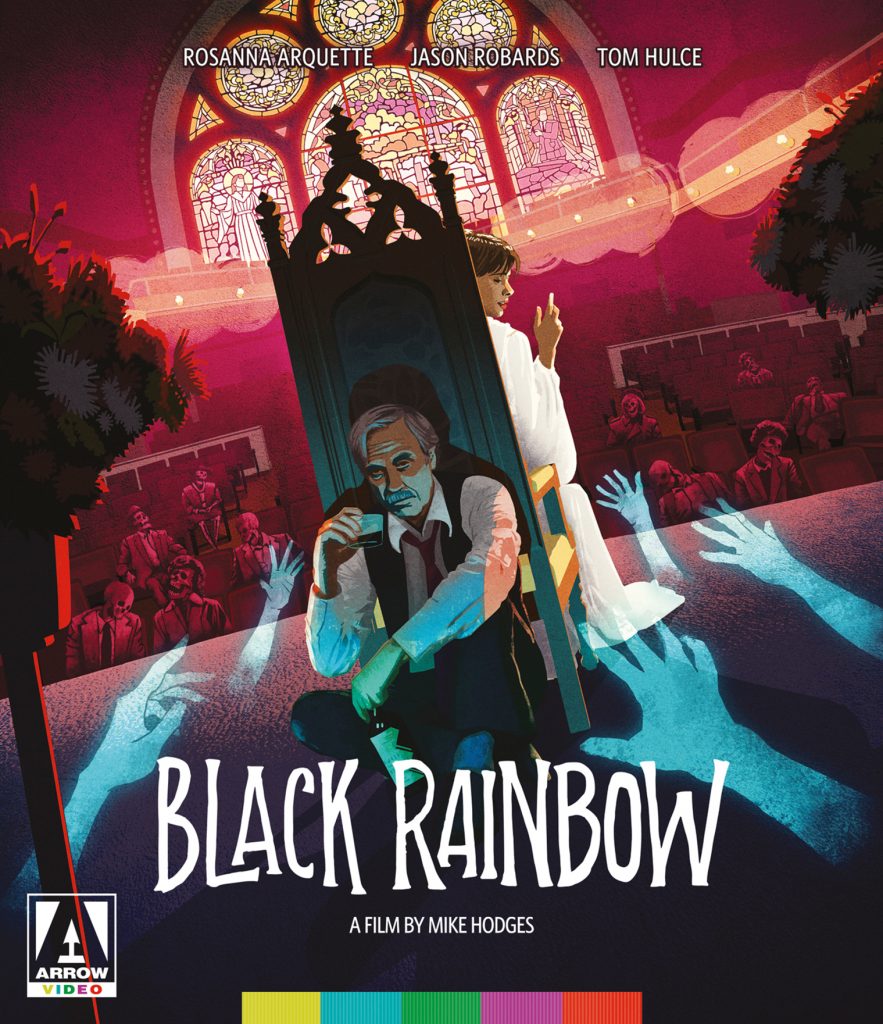