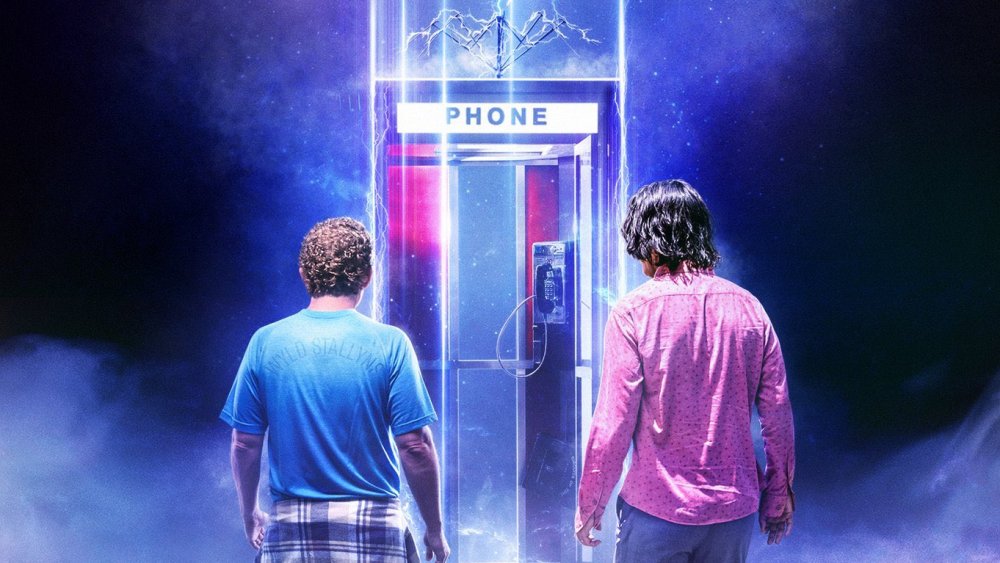 Bill & Ted Face the Music is uplifting with our two leads proving they are still every bit as loveable on screen as they have always been; it’s a shame the script wasn’t better as it wasn’t anywhere near as funny or original as the first two movies. My main thought was let’s just leave things in the past and stop trying to regurgitate franchises that have had their day.

Plot: A visitor from the future tells best friends Bill and Ted that one of their songs can save life as we know it and bring harmony to the universe.

Review: I grew up with the Bill & Ted movies and Bogus Journey remains one of my all-time favourite comedies. It was ridiculous, original and hilarious but wasn’t afraid to get very weird too. William Sadler stole the movie as Death himself with some classic dialogue that me and my brothers still quote today. When I heard we were finally getting a 3rd Bill & Ted movie I was excited but cautious as a lot of time has passed since the first two films so I wondered if the magic would still be there.

Critics have stated that Bill & Ted Face the Music is the movie we need right now as it is uplifting, surprisingly moving and occasionally funny with Keanu Reeves and Bill Winters still proving they make for a loveable onscreen duo.

I would agree with all of those points and yes, it is enjoyable, but it is nowhere near as good as the original two movies mostly due to a script that isn’t all that funny. We laughed I think 3 times in the entire runtime and it just wasn’t as out there as Bogus Journey. William Sadler returns as Death but he feels underused with nothing particularly memorable about any of his dialogue.

The robot Dennis (Anthony Carrigan) provides several humorous moments but once again just wasn’t as funny as he could have been; the fact he was called Dennis was funny in itself.

It still very much feels like a Bill & Ted movie however, and it pulls at the heartstrings a couple of times with the two girls Brigette Lundy-Paine and Samara Weaving making for a likable team as Bill and Ted’s daughters who I sense just might get their own spin-off at some point.

There was a nice tribute to Rufus (George Carlin) and I felt his presence was very much missed but that scene left a lump in the throat.

The thing about Bill & Ted is just how amiable both characters are; they are gentle and kind without an evil thought in their minds which is why we love them so much; thankfully that is still very much the case with this movie and it’s our two leads who make it as entertaining as it is. I think I actually don’t like seeing them as middle aged men; it was their youthful exuberance which made them what they were and it just felt sad seeing them older like the rest of us.

Overall, Bill & Ted Face the Music is a fun diversion and it’s a nice way to take your mind off how awful this year is but I didn’t think it was anywhere near as good as people have been saying and I wanted it to be as weird and original as Bogus Journey was; I doubt I will watch it as much as the original two movies but it’s definitely worth viewing at least once.