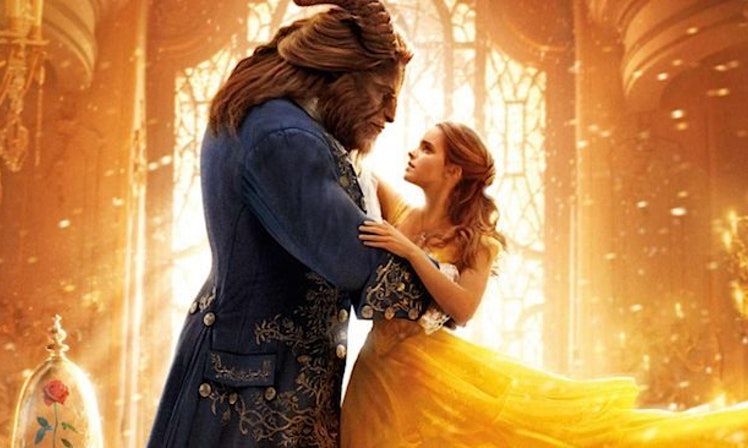 It doesn’t matter what I say because this movie will be massive and 100% critic proof; it’s visually stunning and enchanting so the ladies will flock to it but don’t worry fellas John Wick: Chapter 2 is still playing!

Plot: Disney’s animated classic takes on a new form, with a widened mythology and an all-star cast. A young prince, imprisoned in the form of a beast, can be freed only by true love. What may be his only opportunity arrives when he meets Belle, the only human girl to ever visit the castle since it was enchanted.

Review: I think it’s safe to say that I am not the target demographic for this movie but I’ll be honest and say I always quite enjoyed the animated movie when I was younger. It always surprised me that it was a little more violent than your average Disney movie and a couple of the songs were pretty catchy too.

Disney have been doing live action adaptations of their classic movies over the past couple of years and with the massive success of The Jungle Book I think it’s safe to say that Beauty and the Beast is going to totally destroy the box office this weekend. Every girl I know has been talking about it and I’m pretty sure they will all be out in droves to make it one of the biggest movies of the year.

But is it any good? Well, like I said this isn’t my kind of movie but I have an open mind and I’d be lying if I said there wasn’t a lot to enjoy and it is harmless fun. The visuals are mostly impressive and the songs “Be Our Guest” and “Beauty and the Beast” are easily the highlights so this will enchant audiences to no end.

The costume and set design are fantastic and Emma Watson was born to play Belle. She brings believability to the character that sees more in people than the small minded villagers she lives with… even if she does come across as a little stuck up.

Beauty is only skin deep and it’s what’s inside that truly counts which is the prevailing theme of the movie as we all know. When Belle comes face to face with a mysterious Beast in a castle, she is at first terrified but as the story progresses… well, you know what happens next.

I’m a big fan of Dan Stevens and he did a fine job as the cursed prince but it’s just a shame that the CG Beast doesn’t look all that convincing; his face looked synthetic and failed to convince. It would be easy enough to just do prosthetics/make-up like they did with Tim Curry in Legend which still looks amazing to this day.

The rest of the visuals like the cups, candles and other living beings in the castle are nicely done but when a wardrobe started talking it reminded me that maybe this movie isn’t for me however, it’s not like I didn’t know this before going in.

My main thought throughout was please… make… the… singing… stop as there really was a lot of it. Like I said, I enjoyed “Be Our Guest” and “Beauty and the Beast” but the rest of the songs are pretty bland and forgettable.

The highlight of the movie was surprisingly Luke Evans as Gaston; he was gloriously smarmy and easily my favourite character. I always remember hating Gaston in the animated film so Evans captured him perfectly. The supporting cast is impressive too including Ian McKellan, Ewan McGregor and Emma Thompson who are all entertaining.

Overall, it doesn’t matter what I say because this movie will be massive and 100% critic proof; it’s visually stunning and enchanting so the ladies will flock to it but don’t worry fellas John Wick: Chapter 2 is still playing!