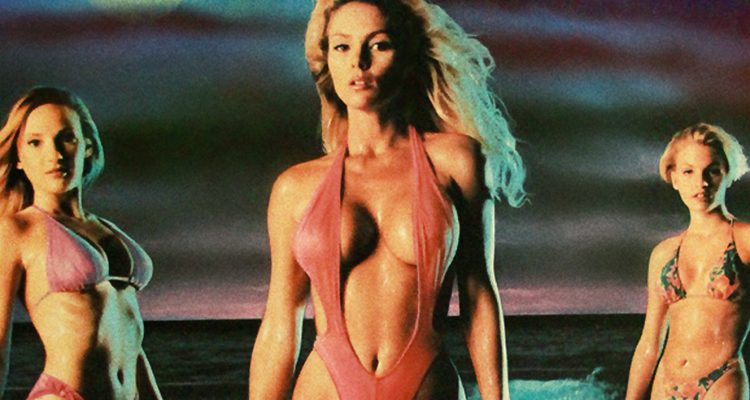 The story and script are the pits, but there’s still an odd charm to watching this film if you have half a mind to zone out on nonsense.

When three intergalactic girls take their spaceship for a spin, they splash down off the California coast! Washed up on shore, the breath-taking babes start making serious waves with a trio of buff beach boys.

Three teenage babes from space steal a spaceship for a quick jaunt to Earth to soak up some sun and have some fun. Xena (Roxanne Blaze, a porn star at the time), Luna (Tamara Landry), and Sola (Nicole Posey) crash land on the beach and make friends with three bro’s looking to score with cute chicks. One of the bro’s has an uncle named Bud (Joe Estevez in his prime), whose surfboard store is in the middle of foreclosure, and so it’s a good thing a local politician (played by Burt Ward from Batman from the ’60s) is putting on a bikini model contest, with a $30,000 cash prize to the winner … which is exactly what Uncle Bud needs to keep his shop! Leave it to the Beach Babes From Beyond to save the day!

With its bodacious video box art and catchy title, Beach Babes From Beyond was a hot ticket item in my VHS hunting days from the mid-1990’s. I vividly remember coming across this one many times and getting ahold of it when I was a teenager. Back then, it seemed like a borderline X-rated film, but watching it today (in the middle of the COVID-19 quarantine) makes it seem like an innocent goober of a comedy, washed up from a completely different era. It has long, drawn out party / dance scenes on the beach, just like the beach movies from the ’60s, only there’s some nudity speckled about to keep things mildly interesting. The story and script are the pits, but there’s still an odd charm to watching this film if you have half a mind to zone out on nonsense. There was a sequel. This one was directed by David DeDoteau (as Ellen Cabot).

The Full Moon DVD (#84 on the spine) has some special features and trailers, but it’s all in standard definition. 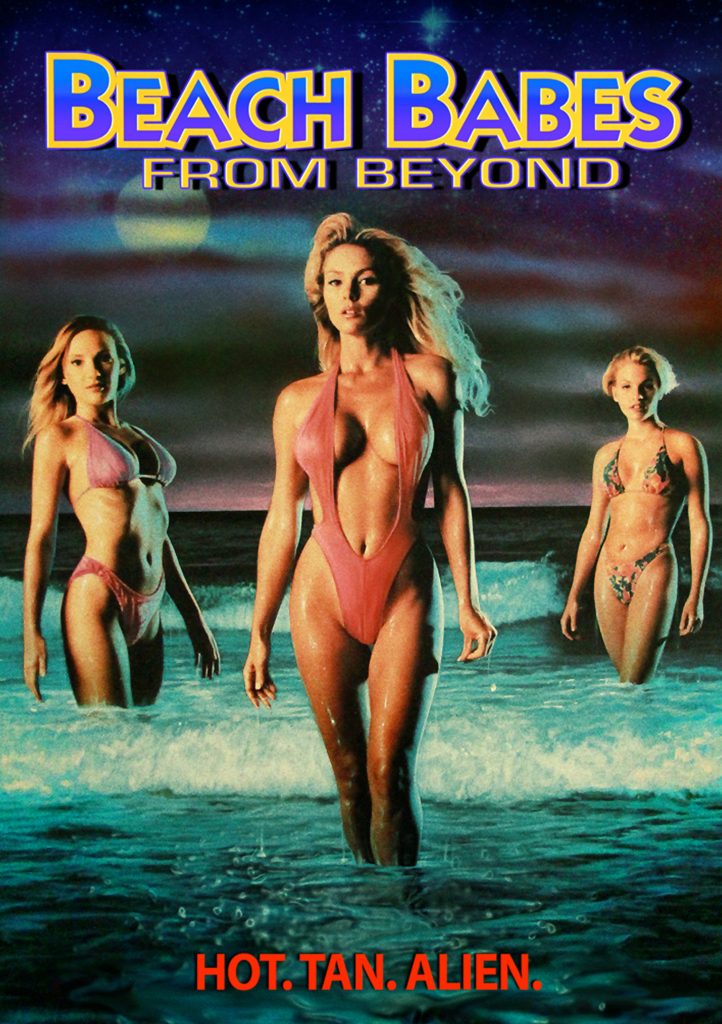