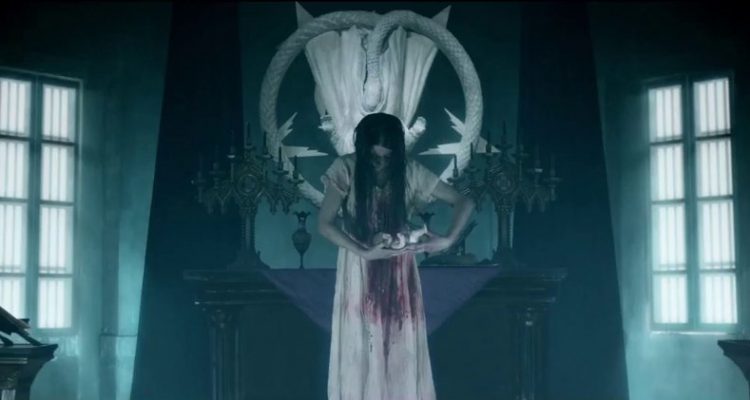 Eoin
News
October 30, 2018
Artsploitation has called upon the dark forces to release Argentinian genre maven Gonzalo Calzada’s latest scripture-based gore fest, Luciferina.  Calzada (Resurrection, The Clairvoyant’s Prayer) directs a visually explosive film where religion, innocence, repressed sexuality and evil build to a boil and spectacularly collide.  He has screened the film at festivals around the world, including FrightFest London, Brussels International Fantastic Film Festival, Philadelphia Unnamed Film Festival, Fantaspoa and Cinepolcalypse, where Luciferina took home the award for Best Sexorcism Scene.
SYNOPSIS: Natalia is a 19-year-old novice who reluctantly returns home to say goodbye to her dying father. But when she meets up with her sister and her friends, she decides instead to travel the jungle in search of a mystical plant. Instead of pleasure, they find a world of Black Masses, strange pregnancies, bloody deaths and perhaps, a sexually violent clash with the Devil himself.
Luciferina will be available November 20th on Blu-ray and DVD in North America.  On December 4th, the film will launch on Digital HD, including iTunes, Amazon Instant Video, Google Play, Vudu and more.

Luciferina – Trailer from artsploitation on Vimeo. 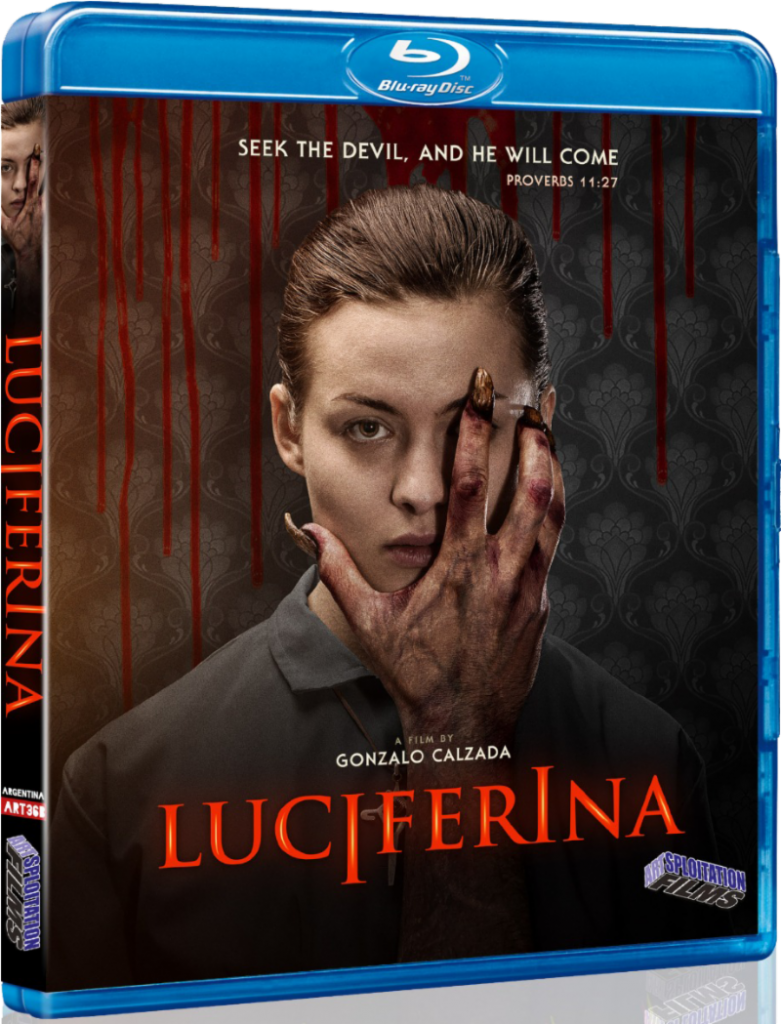