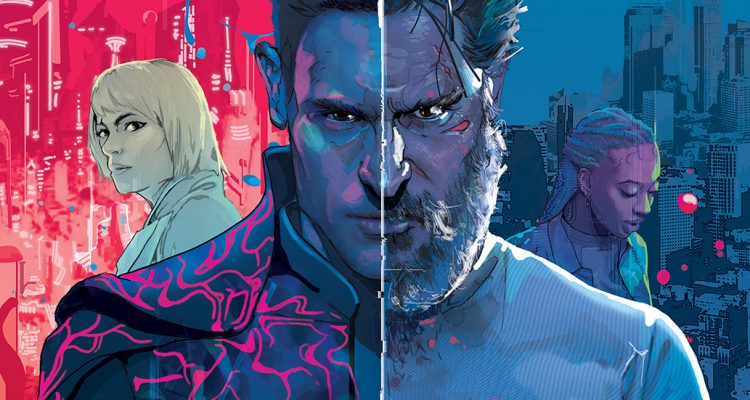 It’s a fairly high concept done on an extremely thrifty budget, and while it resembles a handful of other better movies like Dark Justice, Special, Defendor, and Griff the Invisible, among others, it never quite rises above its potential to be a complete winner.

A drunken vagrant insists that he’s a fallen super powered person named Max Fist, from another dimension, and he finds a newfound purpose in life when a kid needs his help.

Addicted to drugs, alcohol, and telling the same old stories to anyone who’ll listen, Max Fist (Joe Manganiello) is utterly and completely convinced that he’s from another dimension where he used to be a super powered being that was adored by an entire city. The way he tells it, he’s almost bitter that he has those memories, and it might be better for him if he were to somehow forget it all. Maybe that’s why he takes the drugs and drinks to the point of being sick every day, but the drugs and booze taste a lot like the life-blood and energy source of his former universe, or so he says. No one believes him except a teenager named Hamster (Skylan Brooks), who uses Max’s outlandish stories to create a superhero blog that attracts thousands of followers almost overnight. When he films Max getting run over by a car and then getting up to beat up the car, the video goes viral, but Max isn’t after fame or notoriety, exactly, but the facial recognition technology on earth gets the attention of his archenemy who followed him from the other dimension. Turns out Max might actually be the real thing, and when Hamster’s older sister Indigo (Zolee Griggs) runs afoul of a local crime lord over stolen drug money, thugs come after her and Hamster, which puts Max in the center of their problem. Not only does he turn out to be a badass with his fists, but he also finds a newfound purpose in life to protect the siblings from the goons who’re after them, and the goons are sent from the top … which leads him to his archenemy Cleo (Amy Seimetz), the only being in the universe who has the power to weaken him.

A low-fi and very low key gritty anti-hero, superhero thriller, Archenemy is exactly the sort of shimmy-slide product to keep the movie business somewhat afloat in this COVID-19 era when every major studio and mega movie release is being shuffled around and postponed. It’s a fairly high concept done on an extremely thrifty budget, and while it resembles a handful of other better movies like Dark Justice, Special, Defendor, and Griff the Invisible, among others, it never quite rises above its potential to be a complete winner. Manganiello is almost unrecognizable in a grungy role where he growls his every line and snorts methamphetamine and guzzles beers and whiskeys before vomiting all over himself every five minutes. Animation segments are interspersed throughout the film to convey the alternate universe flashbacks, and the movie just sort of ends right when the movie starts to get interesting. It might work for some people, but if you’re familiar with the street vigilante subgenre of superhero movies, then Archenemy isn’t distinct enough to be lauded. Writer / director Adam Egypt Mortimer, whose previous works Some Kind of Hate and Daniel Isn’t Real dwelt in real darkness and conveyed true dread, seems out of his element here this time. 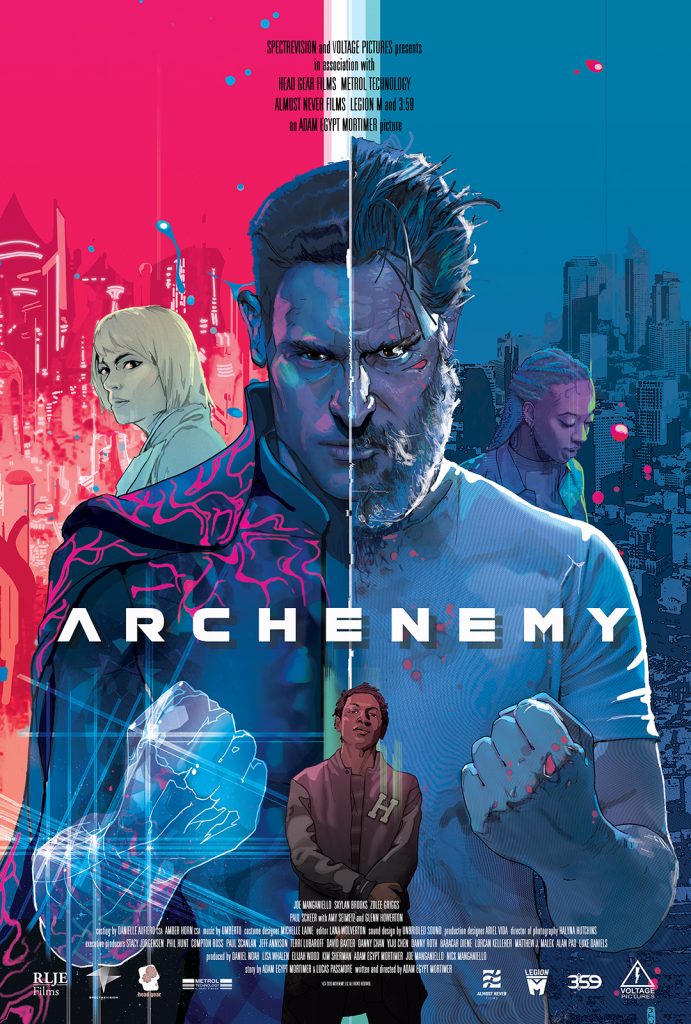