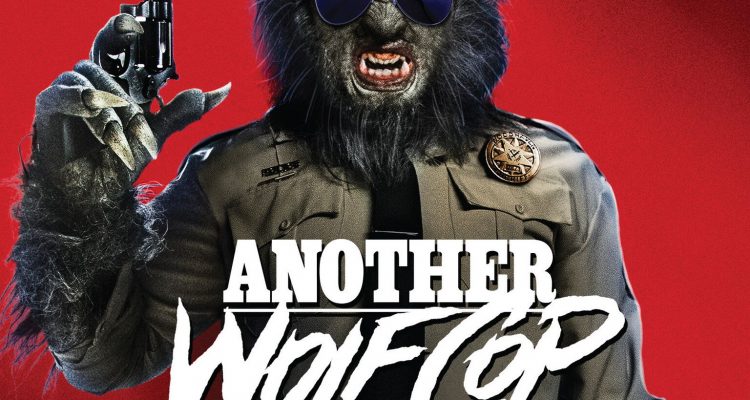 For some, this will be everything you could ask for in a throwaway one-note joke of a movie. For most others, though, this will be a slog and a wet dog of a viewing experience.

Review: The Canadian alcoholic lycanthrope police enforcer is back in a goober of a sequel that looks, feels, and sounds like a Frank Henenlotter (Basket Case, Brain Damage) horror comedy mashed up with the modern-day hockey classic Goon and any number of those faux grindhouse trailers from the Tarantino / Rodriguez movie Grindhouse. It tries to please a low common denominator with everything it has available to throw at you, and misses. By a lot. Lou (Leo Fafard) – a.k.a. Wolfcop – has been sequestered in a warehouse by his partner Tina (Amy Matysio) and let out only when the job can’t do without his out of control muscle rage, and the sleepy town of Woodhaven is revitalized by the growing legend of the Wolfcop. An evil entrepreneur named Swallows (Yannick Bisson) has concocted a new beverage everyone is jonesing to drink, and after only a few swigs the consumer is impregnated with a chest-bursting id of themselves, ravenous and homicidal. Swallow’s endgame is vague, but only Wolfcop and his sidekick Higgins (Jonathan Cherry from the Goon movies) and partner on the force can stop Swallows and his henchmen (and woman … and a robotic automaton) from destroying Woodhaven.

Gratuitous gore, sex, and immaturity fill this 79-minute cold leftover from writer / director Lowell Dean. For some, this will be everything you could ask for in a throwaway one-note joke of a movie. For most others, though, this will be a slog and a wet dog of a viewing experience. The first film wasn’t much better, though. The previous film was built and crafted from a would-be clever concept, but it, too, was a belly flop. The one redeeming quality about these two movies is that the make-up effects are pretty fantastic, with vivid transformation scenes. Otherwise, these Wolfcop pictures are nothing more than novelties. For a better comedic werewolf movie, try Big Bad Wolf.

The Blu-ray of Another Wolfcop contains several special features on the disc: “The Making of WolfCop,” “Friends and Foes: Meet the Cast,” “The Monster Shop: Special FX,” and “Shoot or Die: Surviving on Set.”