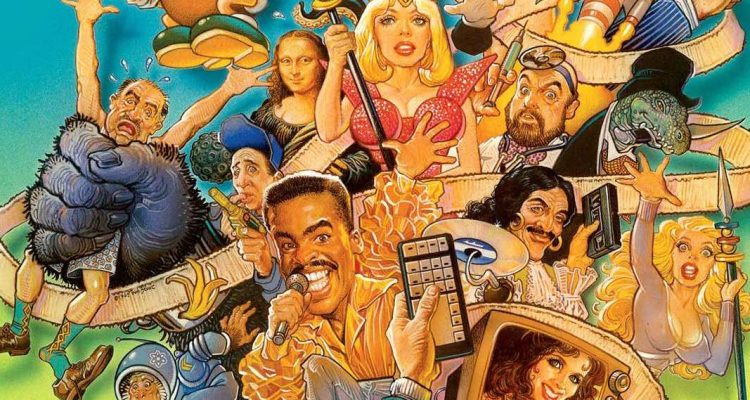 For the most part, Amazon Women on the Moon hits the sweet spot of the funny bone, particularly if you’re a fan of ’80s comedy and baby boomer movie nostalgia.

A bunch of short comedy sketches from a bunch of directors, starring a bunch of actors.

An “R”-rated Mad Magazine come to life, Amazon Women on the Moon is basically a flip-through to various TV stations just to get a glimpse of what’s on in the wacky universe that the filmmakers draw from. On one station you get a pretty funny Pethouse Pet video with Monique Gabrielle walking around naked in public, narrating how liberating and normal free-range nudity is, while on another station you get to see a hilarious black and white film called “Son of the Invisible Man” with Ed Begley Jr., where a guy takes a serum he’s sure made him invisible, but the experiment has a side effect. Another funny segment is “Video Pirates” about a bunch of sea-faring pirates who seek to loot VHS tapes and laserdiscs (all from MCA Universal, haha) to pirate copies of them. Another entry has a yuppie (played by Steve Guttenberg) picking up his hot date (Rosanna Arquette) who runs his credit card and driver’s license in a fancy machine that spits out his dating history, which puts him on the spot before he even has a chance to take her out. Other fun bits like “Hospital” where new parents Michelle Pfeiffer and Peter Horton sit waiting after delivery for their baby to be handed to them, but the crazy doctor (Griffin Dunne) brings them a Mr. Potato Head instead because the staff has lost their baby. Two wraparound segments “Amazon Women on the Moon” – a sincere and slightly spoofy riff on sci-fi movies of the ’50s – and an ongoing gag called “Blacks Without Soul” are hit and miss.

For the most part, Amazon Women on the Moon hits the sweet spot of the funny bone, particularly if you’re a fan of ’80s comedy and baby boomer movie nostalgia. It’s a fun time all the way through and there’s never a segment that bombs completely. Filmmakers John Landis, Joe Dante, Carl Gottlieb, Peter Horton, and Robert K. Weiss have fun with the material, and you can tell. While this might not be one of the best-known comedy anthologies ever made, it’s definitely one of the good ones.

Kino Lorber’s new Blu-ray edition comes packed with new features on the disc, including a commentary by author Mike McPadden and film historian Kat Ellinger, plus “The True Story of Amazon Women on the Moon,” newly discovered outtakes and deleted scenes and a new segment called The Unknown Soldier,” which was a sobering and not funny at all entry that wouldn’t have belonged in the film even if they’d tried to make it fit. All in, this is a pretty radical special edition of an undervalued comedy. 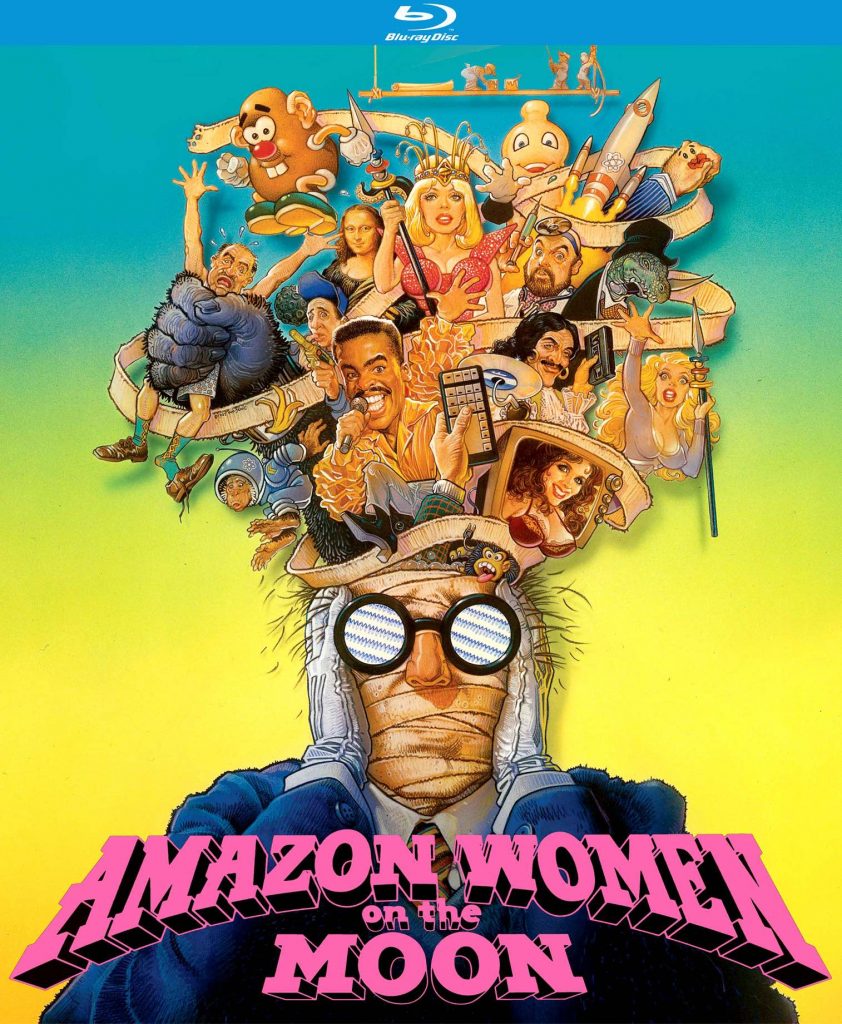