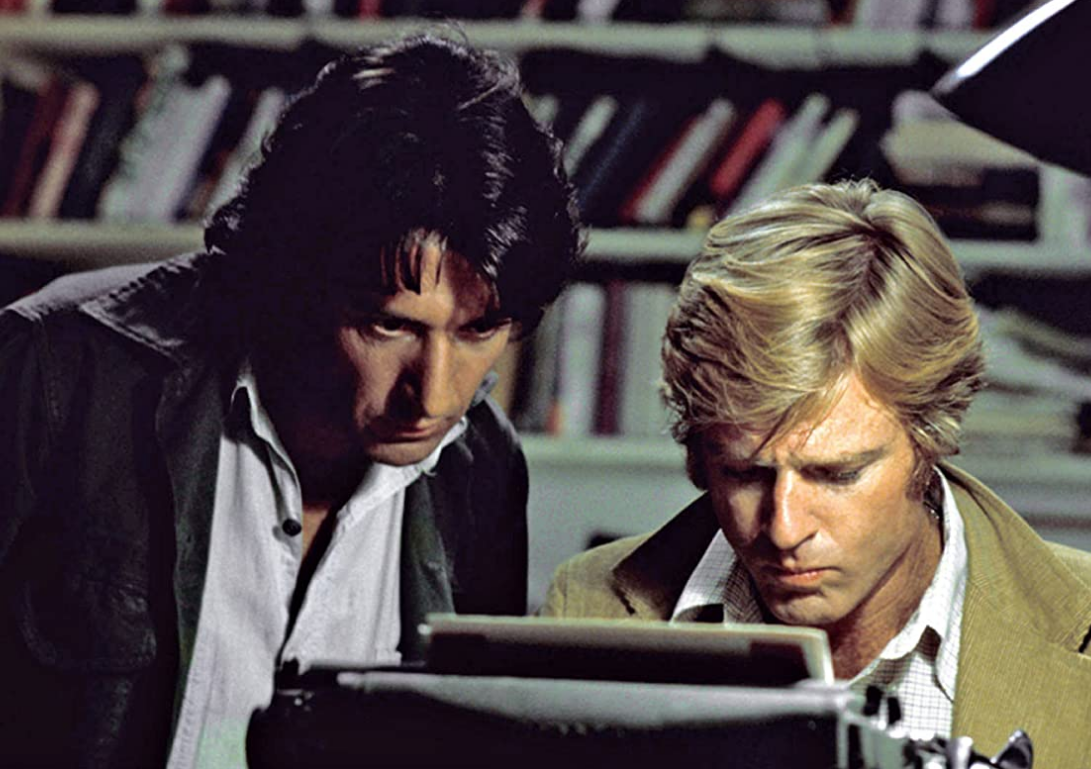 All the President’s Men is essential viewing even if you have no interest in politics; the fact that it’s based on real life events is endlessly fascinating and both Redford and Hoffman are at their absolute best.

Plot: In the run-up to the 1972 elections, Washington Post reporter Bob Woodward covers what seems to be a minor break-in at the Democratic Party National headquarters. He is surprised to find top lawyers already on the defense case, and the discovery of names and addresses of Republican fund organizers on the accused further arouses his suspicions. The editor of the Post is prepared to run with the story and assigns Woodward and Carl Bernstein to it. They find the trail leading higher and higher in the Republican Party, and eventually into the White House itself.

Review: For some reason I had never seen this movie until last weekend so I can only apologies for this outrage. I’m glad I finally did get around to watching it as it’s every bit as brilliant as I’d heard. Robert Redford and Dustin Hoffman are both magnetic as the iconic journalists Woodward and Bernstein, the two reporters’ whose investigation sheds light on the controversial Watergate scandal that compelled President Richard Nixon to resign from his post.

This is a very dialogue heavy movie but proves that you don’t need action scenes to keep the pacing moving as it manages to be riveting from the start. There is an underlying tension throughout and the rapid-fire script keeps things sharp. It shouldn’t be as exciting as it is as it mostly takes place in a newspaper office involving people talking fast (and being hung up on a lot).

Interestingly the set of the Washington Post offices was built on a soundstage, with a lowered ceiling to add atmosphere; it’s incredibly well done as it looks 100% realistic.

The acting is faultless and feels very natural; you can tell some of it was improvised which makes everything more authentic. The supporting cast includes Jason Robards as the hard assed Editor Ben Bradlee who stands behind his reporters even when he’s getting angry calls from all comers. Then we also have Hal Holbrook as Deep Throat and Jack Warden as Harry Rosenfeld.

I don’t know if every aspect of the film is true or not but I am purely judging it as a movie in its own right and in that respect All the President’s Men deserves its iconic status.

Overall, All the President’s Men is a fast-paced conspiracy drama with a razor sharp script and a cast of A-list titans at the top of their game. The movie is on Amazon Prime now if like me you had somehow missed it so it’s definitely worth investigating.