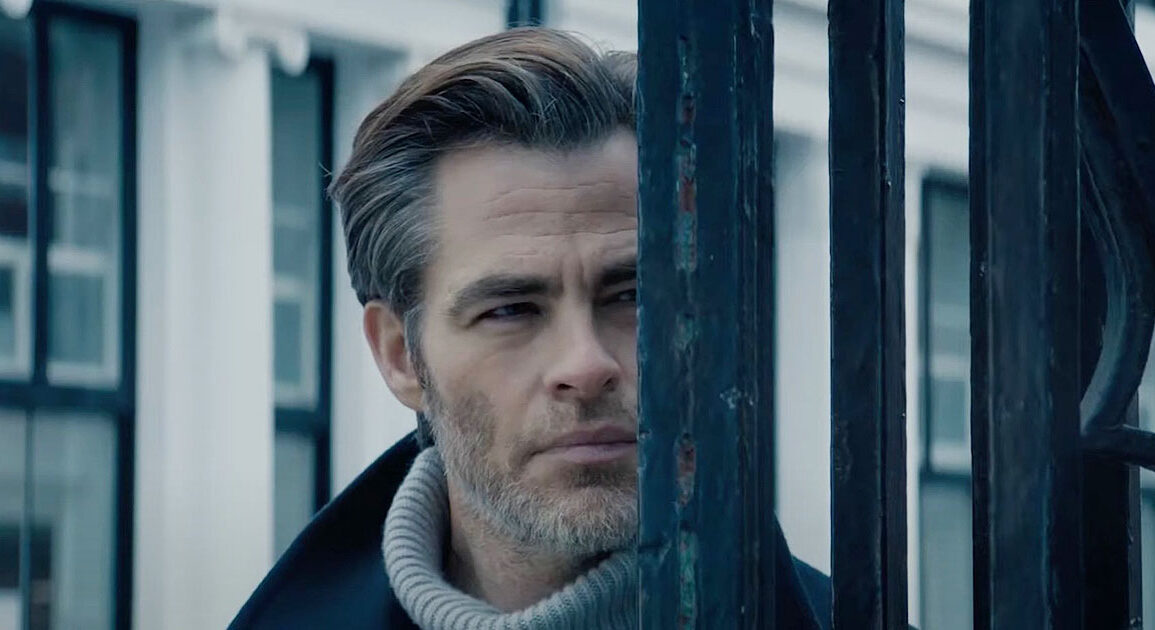 All the Old Knives is a character based spy thriller so don’t expect any action scenes; it may be a little slowburn for some tastes however, I thought it was riveting with solid performances from the cast and a sexiness we rarely see anymore.

Plot: When the CIA discovers one of its agents leaked information that cost more than 100 people their lives, veteran operative Henry Pelham (Chris Pine) is assigned to root out the mole from among his former officemates at the agency’s Vienna station. His investigation takes him from Austria to England to California, where he is reunited with his one-time colleague and ex-lover Celia Harrison (Thandiwe Newton). The pair are forced to blur the lines between profession and passion in this riveting tale of global espionage, moral ambiguity, and deadly betrayal

Review: Based on the novel of the same name by Olen Steinhauer All the Old Knives is a slowburn spy mystery that will be an acquired taste especially if you are looking for action scenes; this is more of a tragic love story than anything with Chris Pine and Thandiwe Newton giving faultless performances. Pine aways chooses interesting fare and All the Old Knives is one of his better recent roles.

It’s a sophisticated tale which may be somewhat predictable, but the finale still manages to be surprisingly moving; Pine and Newton have wonderful chemistry and I’ve missed seeing these kinds of sexy thrillers which we used to get in the 90’s.

This has enough style to keep you glued but I also found I couldn’t look away as I wanted to see how it was all going to end. The problem is once you’ve watched it once then there isn’t any real reason to watch it again as the surprises are what make it interesting.

The supporting cast includes Laurence Fishburne and Jonathan Pryce who are as magnetic as ever so there isn’t a bad performance. The music score provides some extra slinkiness especially during some of the love scenes and Amanda Bergman’s ‘Love Song’ during the end credits works well.

Overall, All the Old Knives isn’t exactly exciting, but it still manages to engage with strong performances and a story that keeps you enticed. It’s the kind of movie we don’t see much these days so if you have Amazon Prime, I’d recommend checking it out.