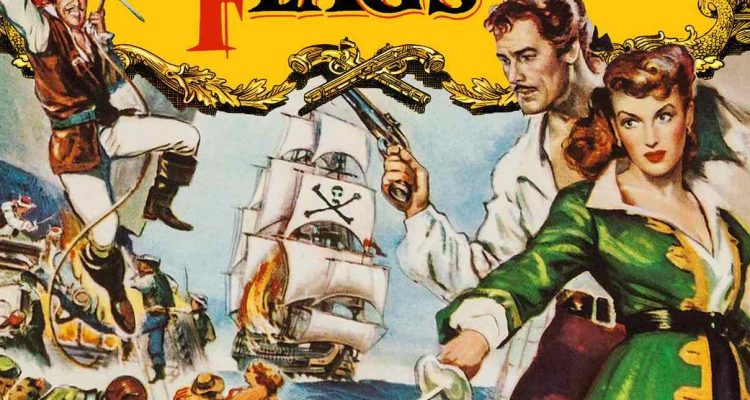 While this doesn’t measure up to Flynn’s earlier swashbucklers like Captain Blood, The Sea Hawke, The Adventures of Don Juan, or his greatest of them all The Adventures of Robin Hood, it’s still worth watching, and it’s guaranteed to make you smile.

Onboard a 1700s merchant ship, determined British naval officer Lieutenant Brian Hawke bravely endures twenty lashes with the intent of using the wounds to help him go undercover on the pirate island of Libertania.

A brave British naval lieutenant named Hawke (Errol Flynn in his forties, but towards the end of his life) volunteers to go undercover as a pirate to a secret pirate island where two notable pirate lords – Captain Roc (Anthony Quinn) and the ravishing Spitfire (Maureen O’Hara) – live and carry on with their business alongside an entire island full of pirates. Hawke is tested to make sure he’s not a spy, and after passing his test (in a fight to the death with another pirate), he’s given some space to carry on with his duties. Spitfire takes an immediate interest in him, as she’s a virgin pirate, daughter to a fallen bloodlusty pirate who kept her pure, and Hawke has some fun with her as he tries to delicately educate her amidst her erratic and unpredictable mood swings around him. When the pirate horde sinks a nearby ship, they procure a great treasure in a princess (Alice Kelley) and her ladies in waiting, all of which are promptly sold at a slave auction, but when Hawke tries to buy the princess to save her from a horrible fate worse than death, Spitfire’s jealousy comes into play, and she buys the princess. When Hawke’s true intentions are revealed, he’ll have to signal the British Navy immediately before he’s tortured to death, and there will be a reckoning between him and Captain Roc for the love of Spitfire!

A fun and colorful pirate adventure that features superstar Flynn in his last swashbuckling escapade on film. You could tell he was already sodded and slow by this point in his career (he was a raging alcoholic and drug addict at this stage), but he’s still a lot of fun to watch. The movie runs only 84 minutes, so it’s a quick watch, and co-star Maureen O’Hara was stunning in the film; she was a true beauty. While this doesn’t measure up to Flynn’s earlier swashbucklers like Captain Blood, The Sea Hawke, The Adventures of Don Juan, or his greatest of them all The Adventures of Robin Hood, it’s still worth watching, and it’s guaranteed to make you smile. From director George Sherman.

Kino Lorber’s new blu ray release of Against All Flags looks nice in a high definition transfer, and comes with the original trailer, as well as a new commentary by a film historian. It makes me want to watch more movies with Flynn. 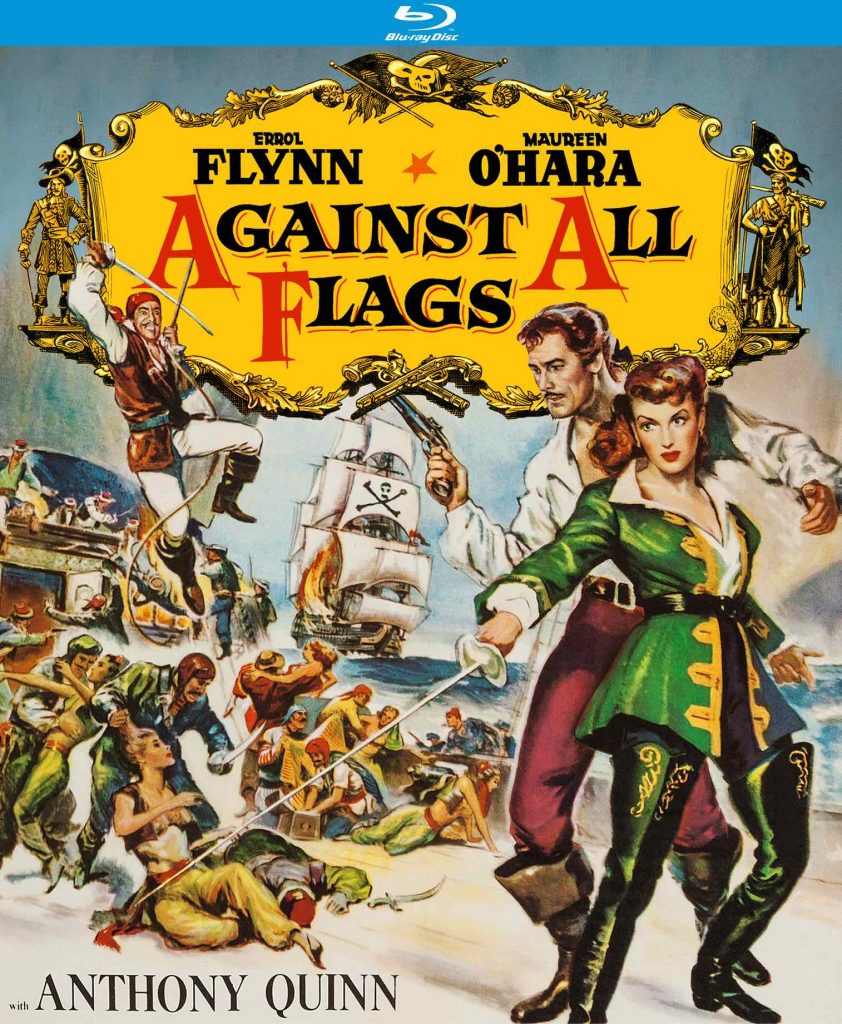